UN Should Discharge Special Rapporteur on Freedom of Religion or Belief 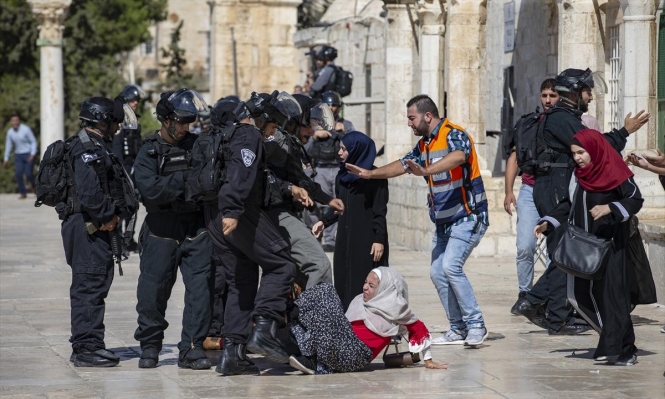 The biased conduct of Mr. Ahmed Shaheed, the Special Rapporteur on freedom of religion or belief, is seriously alarming, as he displayed a persistent, deliberate and systematic bias to issues concerning freedom of religion in the occupied Palestinian territories, which raises some significant concerns regarding the neutrality of the post that Mr. Shaheed is supposed to honour, the Euro-Mediterranean Human Rights Monitor said in a letter addressed to the UN Human Rights Commission.

Since his mandate, in November 2016, Mr. Shaheed has been very vocal, outspoken and active on important and crucial topics such as anti-Semitism. He’s also been disproportionately vocal on freedom of religion in Iran, in comparison with his silence on issues of freedom of religion of Shiite minorities in countries like Saudi Arabia, for instance.

For instance, Euro-Med Monitor failed to find a single statement by Mr. Shaheed pertaining to the continued Israeli violations of Palestinians’ rights to freedom of religion at the Temple Mount/Al-Haram Al-Sharif, even on occasions where Israeli authorities completely closed down the gates of the mosque in the face of Muslim worshipers in July 2017, or more recently yesterday August 11, 2019.

The mandate holder of said position is responsible for identifying existing and emerging obstacles to the enjoyment of the right to freedom of religion or belief and present recommendations on ways and means to overcome such obstacles.

"We find this seriously alarming when one of the most relevant authorities on the issue of freedom of religion stands completely silent and turns a blind eye to grave and systematic Israeli violations against Muslim worshipers at Al-Aqsa mosque," said Anas Jerjawi, Euro-Med Monitor's regional office director in the Palestinian territory.

"This occurs systematically during regular raids, where Israeli forces use teargas and other kinds of physical assault inflicted upon Palestinian worshipers, and ban on multiple occasions specific Palestinian residents of East Jerusalem from entering the Mosque altogether for months."

Euro-Med Monitor attempted on numerous occasions to get in touch with Mr. Shaheed, in the quest of motivating him to undertake necessary actions in accordance with his position and the responsibilities assigned to him. However,  all letters addressed to Mr. Shaheed remain entirely unanswered and ignored.

"It has come to our attention that Mr. Shaheed is close to pro-Israeli lobbying groups such as the European Jewish Congress, World Jewish Congress and others" Jerjawi added. "This raises more questions concerning the objectivity of his conduct when he simultaneously refuses to criticize or at least document Israel’s violations against Palestinians’ right to freedom of religion."

In its letter to the UN Human Rights Commission, Euro-Med Monitor emphasized that the post of Special Rapporteur on freedom of religion or belief should remain neutral, objective and professional. The holder of the post is expected to blindly document violations of freedom of religion globally without any kind of bias, selectivity or politicization towards the matters covered.

Therefore, Euro-Med Monitor urged the UN Human Rights Commission to look into this matter and investigate Mr. Shaheed’s conduct, and -should it be found necessary- to consider discharging Mr. Shaheed and to find a more adequate successor that would professionally and objectively honour the responsibilities assigned to the post.