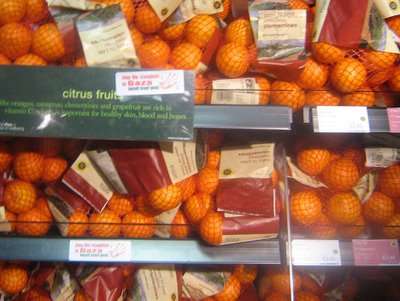 Danish Foreign Minister Villy Sovndal: This is part of EU support for the Palestinians. South Africa has announced a similar step.

Israeli goods originating in Judea and Samaria imported by Denmark will from now on carry a special label. In an interview with a local newspaper, Danish Foreign Minister Villy Sovndal said, "This is a step that clearly shows consumers that the products are produced under conditions that not only the Danish government, but also European governments, do not approve of. It will then be up to consumers whether they choose to buy the products or not."

Sovndal added that the measure was part of EU support for the Palestinians and the solution of two states for two peoples. He added that the measure was not a boycott of Israeli goods, but targeted goods originating in illegal settlements in the West Bank. He said that the labeling would be optional for supermarkets, and that it was intended to allow consumers to better differentiate between products produced in Israel, which are subject to preferential customs agreements, and those made in settlements in the West Bank, which are not.

Sondval said, "I believe that the labeling will have a clear and direct impact on imports, though the precise effect is impossible to predict."

Yesterday, South Africa also announced that goods produced in Israeli settlements will carry special labels. The directive will come into effect on July 1. In the directive, Minister of Trade and Industry Dr. Rob Davies stated that the decision, under the Consumer Protection Act was intended "not incorrectly label products that originate from the Occupied Palestinian Territory as products of Israel." The directive explicitly mentioned Ahava cosmetics, technology, and soft drinks.

The Ministry of Foreign Affairs has summoned South Africa's Ambassador for an explanation.

Two years ago, Palestinian Prime Minister Salam Fayyad led a boycott of goods produced in Israeli settlements in the West Bank. The initiative included the distribution of booklets in the Palestinian Authority listing a wide range of goods originating in settlements, and called on the public not to buy them.