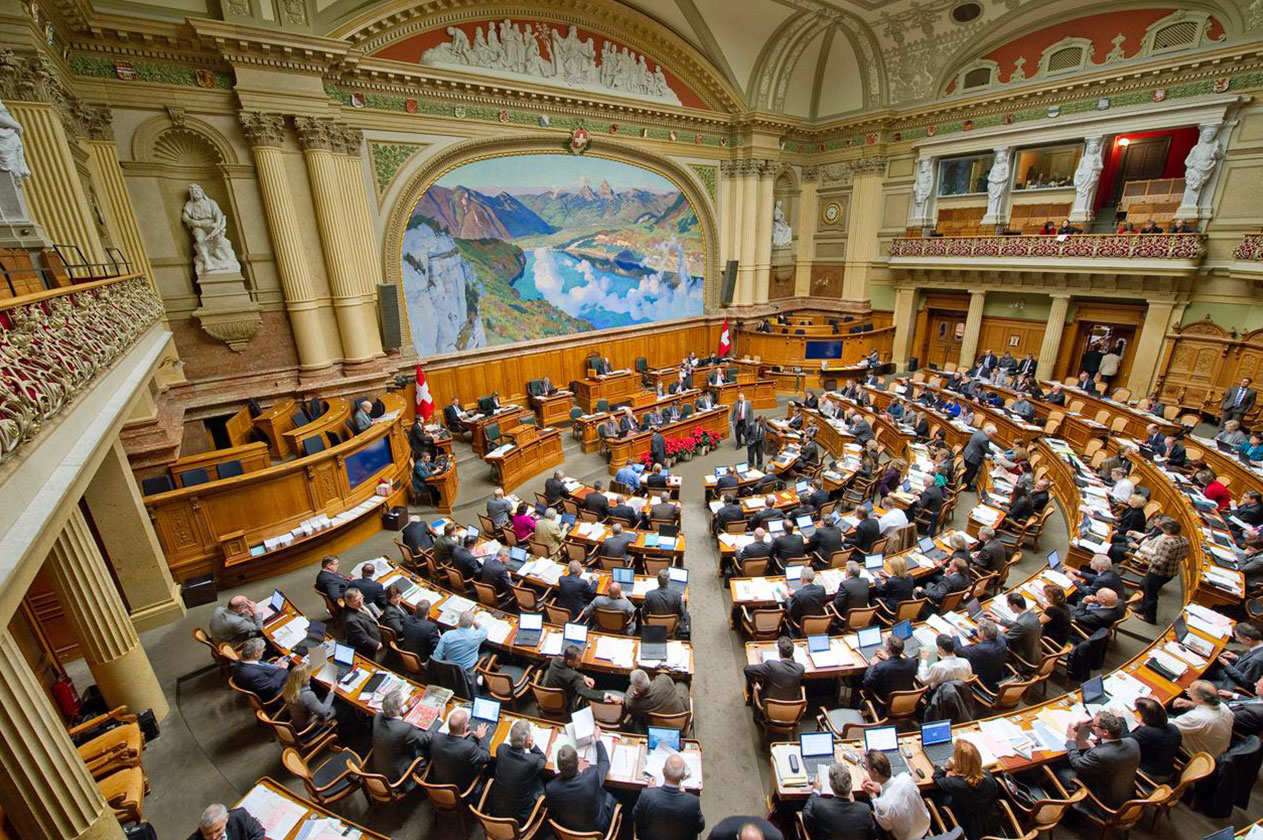 Geneva - The Euro-Mediterranean Human Rights Monitor called on the Swiss federal parliament not to bow to Israeli pressure to suspend the Swiss criminal legislation authorizing the country's courts to prosecute Israeli politicians and military figures involved in war crimes against Palestinians.

The Euro-Med Monitor said in a statement that it views the visit with a great concern the Israeli delegation’s visit to Switzerland, headed by Foreign Minister Yisrael Katz and accompanied by a legal team to pressure the authorities to suspend a criminal legislation allowing bringing lawsuits against Israeli commanders and soldiers involved in violations of human rights in the Palestinian territories.

Switzerland was one of the first countries to include in its domestic legislation legal provisions allowing for the prosecution of major crimes perpetrators if they were not tried by the International Criminal Court.

The law, passed by the Swiss National Council in 2009, aims to strengthen the exercise of universal jurisdiction in the country by making the Rome Statute of the International Criminal Court a national law. The step, by then, aimed to strengthen the fight against impunity of perpetrators of war crimes, genocide and crimes against humanity.

The Swiss law is based on the principle of universal jurisdiction, which is the most flexible of judicial principles, since it does not require the existence of a close link between the suspect and the state in order to initiate the investigation. If a person violates the legal rules of the Rome Statute of the International Criminal Court, they will prosecuted.

The Swiss domestic law allows the arrest of any suspect once entering the Swiss territory even if this person is not a resident or does not own property there.

Mohammed Imad, a legal researcher at the Euro-Med Monitor, said that the visit of the Israeli delegation aims to face the rising human voices within a number of European countries to include in their countries' legislations legal provisions that allow domestic courts to prosecute leaders and soldiers of the Israeli army involved in violations that may amount to war crimes, which were committed during attacks in the Palestinian Territories.

Imad urged the Swiss authorities to uphold their humanitarian legal stance against the Israeli violations targeting Palestinians and to reject any pressure that would affect the principle of criminal prosecution applied in the country.

The Euro-Med Monitor pointed to several examples initiated by the Swiss judiciary, on the basis of its law that is based on universal jurisdiction. For instance, several human rights organizations concerned with the rights of Palestinians in Switzerland filed a lawsuit against former Israeli Prime Minister, Ehud Olmert, for alleged war crimes during the 2008-2009 Israeli attack on the Gaza Strip.

As a result, Olmert canceled his trip to Switzerland, which was scheduled in July after warnings received from the Israeli Attorney General that he might be arrested because of lawsuits against him.

In another example, a federal criminal court decided to detain the former Gambian interior minister, Osman Sonko, who sought refuge in Switzerland in 2017. He was believed to have personally supervised the torture of citizens during his tenure as interior minister between 2006 and 2016. He was arrested on the pretext of a report by an international organization accusing him of forming a torture group in the Gambia.

Sonko is still being held to this moment in the Swiss prisons after rejecting claims that he had no links to torture in the Gambia.

As for serious violations accompanying military operations in Syria, the Swiss Attorney General opened a criminal investigation in 2016, and the names of some military commanders in the Syrian army were published as wanted by the Swiss authorities upon their arrival in the country in preparation for their trial. Taking into account that the list of wanted persons are updated according to evidence provided by the authorities to the Attorney General.

The Euro-Mediterranean Human Rights Monitor called on the Swiss authorities to uphold their position regarding the prosecution of Israeli officers against Palestinians and urged the legislative authorities in the country to not bow to Israeli pressure.

The Euro-Med Monitor called on all European countries to follow the footsteps of Switzerland, and to include in their domestic legislation provisions that allow the prosecution of those involved in violations in conflict areas in contravention of international law, and the Rome Statute of the International Criminal Court.