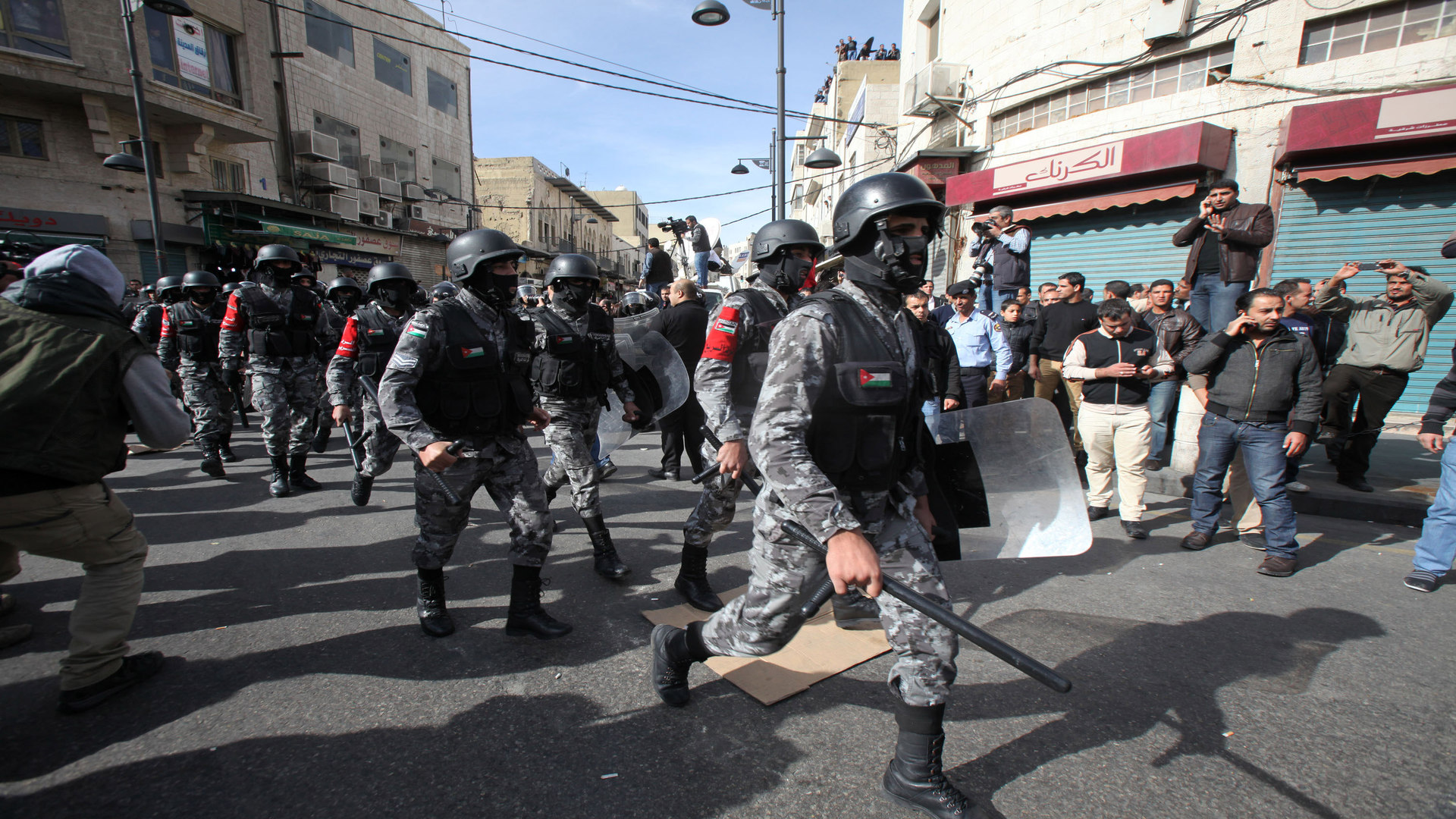 Geneva - The Euro-Mediterranean Human Rights Monitor described the Jordanian security’s suppression of hundreds of teachers and its attempt to prevent them from reaching the locations where peaceful protests were supposed to be held as a flagrant violation of freedom of expression guaranteed by Article 15 of the Jordanian Constitution.

The Geneva-based organization said in a statement that hundreds of security personnel used full force in an attempt to prevent hundreds of teachers from organizing activities at sit-ins in Dakhiliya Circle, the Fifth Circle, Shmeisani Circle and the Fourth Circle, in the Jordanian capital Amman.

Earlier, the Jordanian Teachers Syndicate called for a series of peaceful activities to support the 50-month-old demand of having a 50 percent bonus, but Interior Minister, Salama Hammad, decided to ban the event on the Fourth Circle, which caused anger among many Jordanian teachers.

The Jordanian Teachers Syndicate, however, assured that the event would be held on time. It also stressed that the sit-in will be peaceful and will not bring about traffic in Amman.

In fact, video clips analyzed by the Euro-Med Monitor showed that the Jordanian security forces fired sound bombs and teargas at teachers, assaulted others, and arrested a number of them.

The Euro-Med Monitor expressed sorrow over the illegal security measures and expressed surprise over the closure of most of the main streets in the capital to prevent a peaceful sit-in for one of the most important segment of the society.

The Euro-Med Monitor added that the suppressive security mentality practiced by the Ministry of Interior against activists and the movement of unions would never be effective to solve problems, especially that Jordan is a state of law and institutions, and is governed by legal texts.

The Geneva-based NGO explained that the Jordanian Constitution guaranteed the right to freedom of opinion and expression. It did not recognize a specific place to hold sit-ins as long as they will not hinder daily life.

The Euro-Med Monitor pointed out that Jordanian security’s restriction of freedom of expression and preventing peaceful teachers from going to the sit-in violates the rules of international law that guarantees the right of peaceful assembly and freedom of opinion and expression, especially Article 19 of the Universal Declaration of Human Rights. The Jordanian security also ignored the provisions of the International Covenant on Civil and Political Rights, which emphasized the right to organize peaceful protests and solidarity sit-ins.

Moreover, the Euro-Med Monitor stressed the responsibility of the Jordanian authorities to listen to the teachers’ demands rather than preventing them from organizing peaceful events. The security’s suppression of hundreds of teachers, assaulting and arresting some of them are against the Law of Public Meetings of 2011, which states that the administrative governor's approval is not required to hold any peaceful gathering.

The Euro-Mediteranean Human Rights Monitor called on the Jordanian authorities to respect local law and their international obligations regarding the right to freedom of opinion and expression. The Euro-Med Monitor urged the House of Representatives to exercise its role in monitoring the protection of the rights of individuals, especially teachers, and to not allow the executive authority to suppress their activities and politicize their demands.