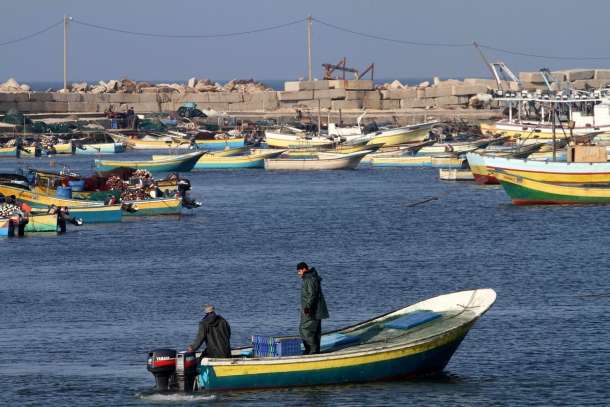 Geneva - Palestinian fishermen trying to eke out a living in Gaza are continuing to be harassed by the Israeli military, destroying an industry that once supported more than 70,000 residents of the poverty-stricken enclave, according to a new report from Euro-Med Monitor for Human rights.

Between January 2011 and the end of April 2012, the Euro-Med Monitor for Human Rights documented approximately 150 incidents in which the Israeli Navy prevented Gazan fishermen from plying their trade – including 60 arrests at sea, 12 injuries and 20 cases of sabotage or confiscation of boats and fishing gear. Many of the fishermen and their passengers are subjected to degrading and inhumane treatment, such as forced immersion while naked in the sea under harsh weather conditions. Many also report being pressured to provide “intelligence” against co-workers and community members under threat of harm to their relatives, and sometimes even torture while detained for days or months.

Although an agreement between the government of Israel and the Palestinian Authority signed in 1993 guaranteed Gazans the right to fish up to 20 nautical miles from their shores, the Israeli military has gradually reduced the safe area.

The terms of the 1993 Oslo agreement called for a fishing zone of 20 nautical miles from Gaza’s shore. However, since the year 2000, with the beginning of the second Intifada, the Israeli military has imposed increasing restrictions on fishermen’s access to the sea. When the Israeli military unleashed “Operation Cast Lead” at the end of 2008, fishing – or any other presence in the water – was prohibited beyond three miles, a crippling restriction that has remained in effect until the present. Since the richest shoals are found between 5-8 nautical miles from Gaza’s shoreline, the shrinking fishing space has resulted in overfishing in shallow, coastal waters and the depletion of fish breeding grounds. Thousands of fishermen have thus been forced to abandon the industry.

“These restrictions and retributions against Gazans simply trying to support their families is collective punishment, pure and simple,” said Amani Senwar, a spokesperson for Euro-Med Monitor. “Many internationals mistakenly believe that Israel disengaged from Gaza in 2005, when it withdrew its settlers. However, these restrictions on access to the sea makes clear that Israel is continuing its suffocating occupation and blockade in violation of international law and the United Nations Convention of the Law of the Sea. It is time for the United Nations and other global bodies to hold Israel to account.”

The 30-page report, which can be accessed on the Euro-Med Monitor website, details the legal violations committed by the Israeli occupation forces by restricting the movement of fishermen, targeting their boats, jeopardizing their safety and arbitrarily detaining them.  Euro-Med Monitor is registered as a human rights organization with internationally operating offices in Geneva, Switzerland, Jordan, and Palestinian Territories.