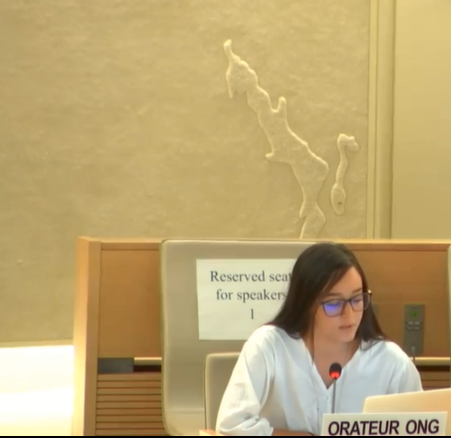 Geneva - The enforced disappearances in Yemen, Egypt and Syria are appalling and are being used as a strategy to spread terror, the Euro-Mediterranean Human Rights Monitor in partnership with IRDG said in a speech today before the Human Rights Council during the discussion of the third item of the 42nd Session.

The two organizations expressed in a joint statement their deep concern over the continued detention and forcible disappearance of thousands of political opponents, and intimidation of their families, friends and relatives.

Since the start of the conflict in Yemen in 2015, thousands of civilians have been abducted by various parties in the conflict, while hundreds of people have been forcibly deported because of the war.

Those abducted are essentially subjected to physical and psychological torture in Yemeni prisons while their trials are not in accordance with appropriate legal procedures.

Torture in prisons and detention centers in Egypt has become systematic against dissidents of different political orientations.

Egyptian authorities executed nine young Egyptians in April based on confessions extracted under torture, according to footage of one of the young victims during his testimony in an Egyptian court at the time.

Regarding to Syria's situation, the Euro-Med Monitor and IRDG stated that the Syrian government continues to hide the fate of more than 118,000 civilians who have been arbitrarily detained or hidden since March 2011.

The two organizations said that tens of thousands of desperate families in Syria are trying to learn the fate of their missing relatives. However, their attempts are still at a standstill; as the regime of President Bashar al-Assad remains indifferent towards international humanitarian law and human rights standards.

The Euro-Med Monitor and IRDG called on the Human Rights Council to condemn in the strongest terms the abduction of innocent civilians in Yemen, Egypt and Syria and to contribute to efforts to secure their release. The two organizations called the United Nations to open an urgent investigation into the practice of enforced disappearance in those countries and to prosecute those responsible.

In conclusion, the two organizations stressed that under international law the crime of enforced disappearance persists until the State discloses the fate or whereabouts of the person concerned.