Houthis Detain Dozens of Civilians from Aden in Sana'a 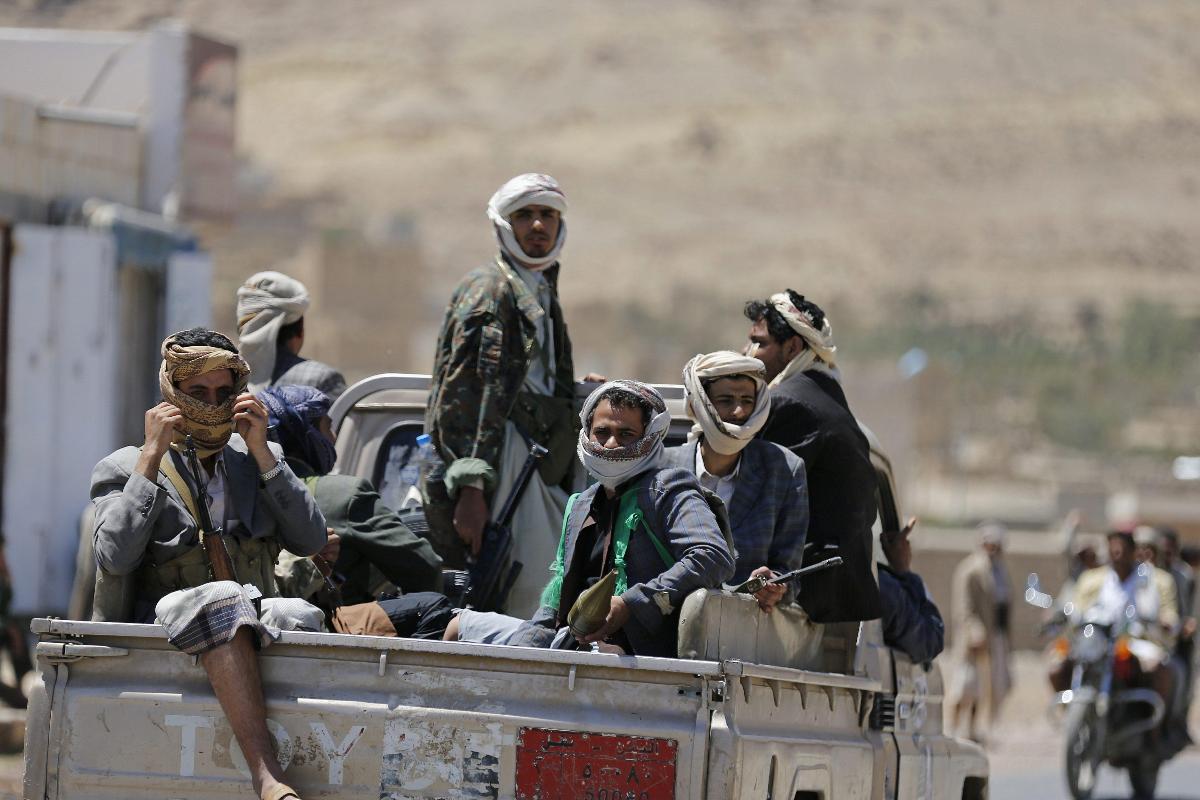 Geneva- The Euro-Mediterranean Human Rights Monitor noted that reports suggest that dozens of Yamani civilians are illegally detained and loacked up by Houthi movement (The Ansar Allah movement).

The Geneva-based group said that most of the arrests occurred at security checkpoints controlled by Houthis of people crossing from Aden to Sana'a. According to available data, the number of detainees during September reached 300 people and most of them are in Dhamar and Taiz prisons.

Thousands of Yemenis fled from Aden because of battles at the end of the last August between the Security Belt forces, backed by the UAE, and governmental forces that support President Abd Rabbuh Mansour Hadi, to control Aden, the temporary capital of Yemen.

According to the Euro-Med Monitor, 3,163 people fled from Aden and 1,034 families lost their houses from different northern governorates, noting that the United Nation and the International community have not provided shelters or any basic requirement to allow them to start a new life.

The Human Rights Monitor said that Yemeni journalist Ihab Al-Shawafi is among the detainees. The journalist had left Aden in August and disappeared upon reaching Al-Hawban area to the east of Taiz.

According to the Yemeni Journalists Syndicate, Al-Shawafi was arrested and taken to an unknown destination by a security checkpoint affiliated with the Houthis to the east of Taiz.

The organization stated that the arrests and kidnappings have occurred randomly and were followed by a financial ransom’s request. A Houthi officer declared the mount of ransom of 700,00 Yemeni Riyals, which equals 1,300$ for their release.

The Euro-Med Monitor demanded the Houthi movement to reveal the whereabouts of 455 civilians who were arrested between September 2014 and December 2018. In addition, the organization raised concerns over the detainees and their families after reports emerged suggesting that they were tortured and prevented family visits.

During a side-event held on the side-lines of the 42nd Session of the United Nations Human Rights Council held in Geneva, the Euro-Med indicated that 170 Yemeni civilian have been tortured to death at Houthi jails, including nine children, two women and six elders, during the last five years.

The Houthi group have been in control of prisons in Sanaa'a and Amran, Hajjah, Ibb, al-Bayda, Dhamar, al-Hudaydah and eastern Taiz for the last five years.

The director of the Middle East and North Africa department of the Euro-Mediterranean Human Rights Monitor, Anas Al-Jerjawi, said the arrest of civilians without conviction violates international conventions and the roles of litigation. The most important of which is the Universal Declaration of the Human Rights and International Covenant on Civil and Political Rights.

Al-Jerjawi explained that prisons in Yemen have been managed illegally and in violation of the Yemeni Constitution and international standards, including the number of detainees, conditions of detentions stated in the 1957 Convention on the treatment of prisoners. The prisons’ administrators have also violated the United Nations Standard Minimum Rules for the Treatment of Prisoners and Body of Principles for the Protection of All Persons under Any Form of Detention or Imprisonment of 1988.

The Euro-Med Monitor called on the Houthi group to stop the detention of civilians fleeing war from the south, announce detainees’ names and their whereabouts and allow their families to visit them. The Euro-Med Monitor demanded the international community to express concern over the arrest of Yemenis and the four-year continuous armed conflict which resulted in a serious humanitarian crisis.