Euro-Med at UNHRC: Demolitions in Jerusalem are shocking 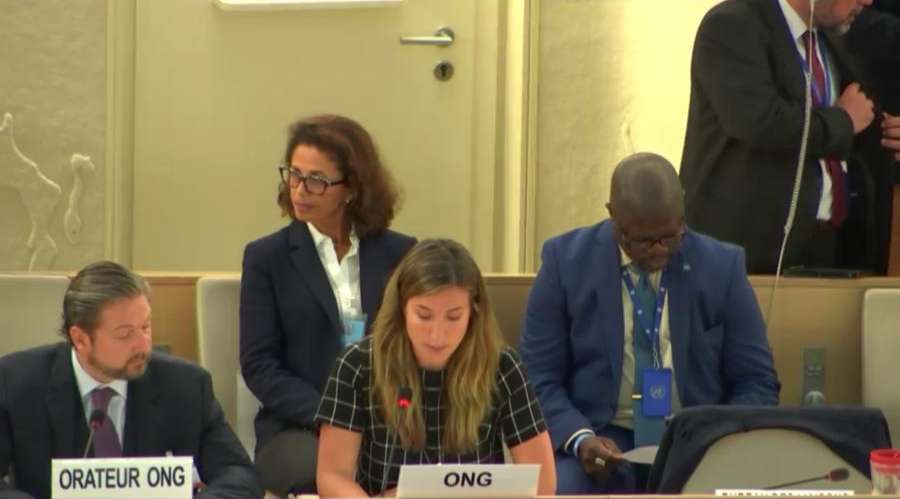 The Euro-Mediterranean Human Rights Monitor and the Global Institute for Water, Environment and Health (GIWEH) said in an oral statement before the United Nations Human Rights Council HRC during the 42nd regular session that the escalation of demolitions in Jerusalem is shocking.

The Israeli authorities demolished 11 buildings, including 72 apartments, in July, which is the largest demolition operation in a single day since 1967, the two organizations said in a joint statement.

"The Israeli authorities demolished more than 59 houses in East Jerusalem during the first half of 2019, where 215 demolitions were conducted in 2018," said Selin Yasar, the media and communication officer at the Euro-Med.

The Israeli authorities' systematic demolitions have led to the displacement of thousands of Palestinians in flagrant violation of international law and international humanitarian law.

It is a matter of concern that the Israeli authorities recently approved 216 new housing units in the Gilo settlement south of Jerusalem, at the time Palestinians are being under discrimination and rarely granted permits to construct buildings in the city, the statement read.

The international community must open investigations and take actions to end the Israeli authorities' violations of the international law and international humanitarian law. Working hard to protect East Jerusalem and its Palestinian population as inhabitants of occupied territory is required, according to the UN Security Council and the UN General Assembly's resolutions, noted the two organizations.

It is worth mentioning that Israeli media reports have revealed plans by the Israeli government to destroy more than 25,000 Palestinian houses in occupied Jerusalem under the pretext of the lack of construction licenses.