Euro-Med's Chairman at Brazilian Parliament: Israel's violations constitute ethnic cleansing and it should be pressured to seize war crimes. 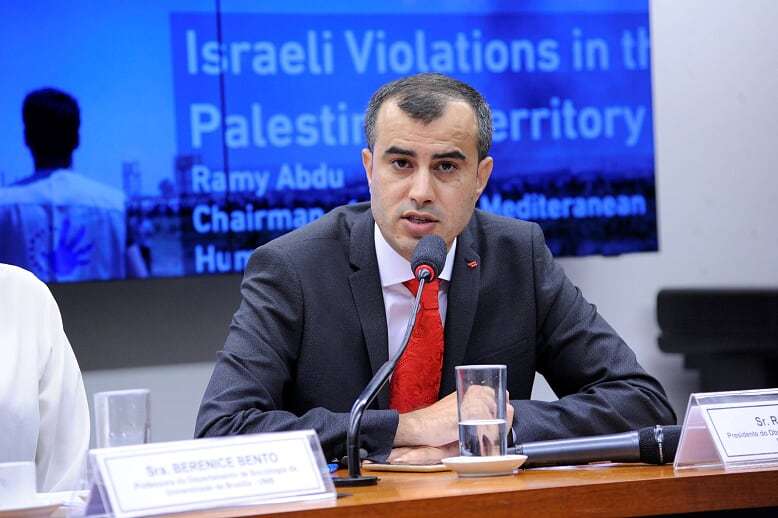 Brasilia - The Israeli authorities continue to demolish Palestinian homes and institutions, target families, arrest and intimidate children in Jerusalem as part of a systematic policy of forcible displacement of Palestinians, the Chairman of the Euro-Mediterranean Human Rights Monitor Ramy Abdu said.

"Despite the UN Security Council adoption of Resolution 2334 in late December 2016, which confirmed the illegality of Israeli settlements in the Palestinian Territories, Israel continues to build settlements illegally, which is a war crime under international law," Abdu said in a speech to the Brazilian Parliament during a parliamentary hearing on the human rights situation in the Palestinian Territories.

As part of the Euro-Med Monitor's work in conflict areas, it produces a monthly report that monitors and analyzes Israeli violations in Jerusalem. “I am not exaggerating when I say that we were shocked by the increasing number of systemized violations during the last 12 months," Abdu said, adding that "One of Israel's most cruel policies against Palestinians is homes and infrastructure demolitions, as part of a plan to expel them from Jerusalem by denying them building permits based on racist laws and arbitrary measures".

He explained that the city of Jerusalem witnessed the largest demolitions in a single day since 1967, where the Israeli authorities destroyed 11 residential buildings with 72 apartments during the month of July this year in a crime amounting to ethnic cleansing.

"I am here today to express our deep concern at the appalling human rights situation in the Palestinian Territories and call on you to take all possible measures to pressure the Israeli authorities to stop war crimes against Palestinian civilians,” he noted.

Abdu addressed the horrific reality of children in Jerusalem due to Israeli attacks and night raids targeting Palestinian homes in the occupied city.

Abdu stressed that “Although Israel's violations against Palestinians affect all groups, children are still the most vulnerable, as Israeli violations against them escalate. They are exposed to unacceptable levels of violence every day on their way to and from school and at schools and homes.”

Abdu showed the suffering of 5,000 Palestinian prisoners in Israeli prisons, including 210 children and 38 women, pointing out that 10% of these prisoners are administratively detained within a system that allows the Israeli authorities to arrest and detain people without any charge or trial for long periods, without the possibility of appeal or to know the charges against them.

Last week, dozens of prisoners ended a month-long hunger strike to protest against the presence of mobile phone jamming devices. Most of the detainees in various prisons complained of severe headaches as a result of the operation of these devices, but the Israeli authorities ignored the negative effects of the devices on the health of prisoners.

Abdu said that the population of the Gaza Strip (two million people) suffer from tragic living conditions as a result of the Israeli siege for more than 13 years, pointing out that children are the most affected by the experience of three destructive military attacks in less than six years (2008/2009- 2014), which caused hundreds of thousands of them to be traumatized.

Abdu stressed on the need to act to stop the siege imposed on the Gaza Strip, which constitutes a collective punishment policy at the discretion of the United Nations and the International Committee of the Red Cross pointing out to the need to compel Israel to stop violating international human rights and humanitarian law, and to respond to international calls.

He explained that Israel's ill-treatment of Palestinians, including prisoners, and the use of torture against them are prohibited under international conventions. The Geneva Conventions of 1949, as well as Protocol I and II of 1977, contain a number of articles that strictly prohibit cruel treatment and attacks on human dignity.

"I am here today to express our deep concern over the appalling human rights situation in the Palestinian Territories and call on you to take all possible measures to put pressure on the Israeli authorities to stop war crimes against Palestinian civilians," Abdu said, calling for intensified efforts to curb serious Israeli violations, including putting an end to ethnic cleansing in Jerusalem and the lifting of the blockade on the Gaza Strip.

On the sidelines of his visit, the Abdo held meetings with members of the Brazilian Senate and met with the Chairman of the Human Rights Committee and reviewed with him the human rights violations in the MENA region and the Israeli violation in Jerusalem in particular. He invited him to hold a plenary session of the Council of the Senate to discuss these violations and to find out ways to pressure the Israeli authorities to stop these violations. 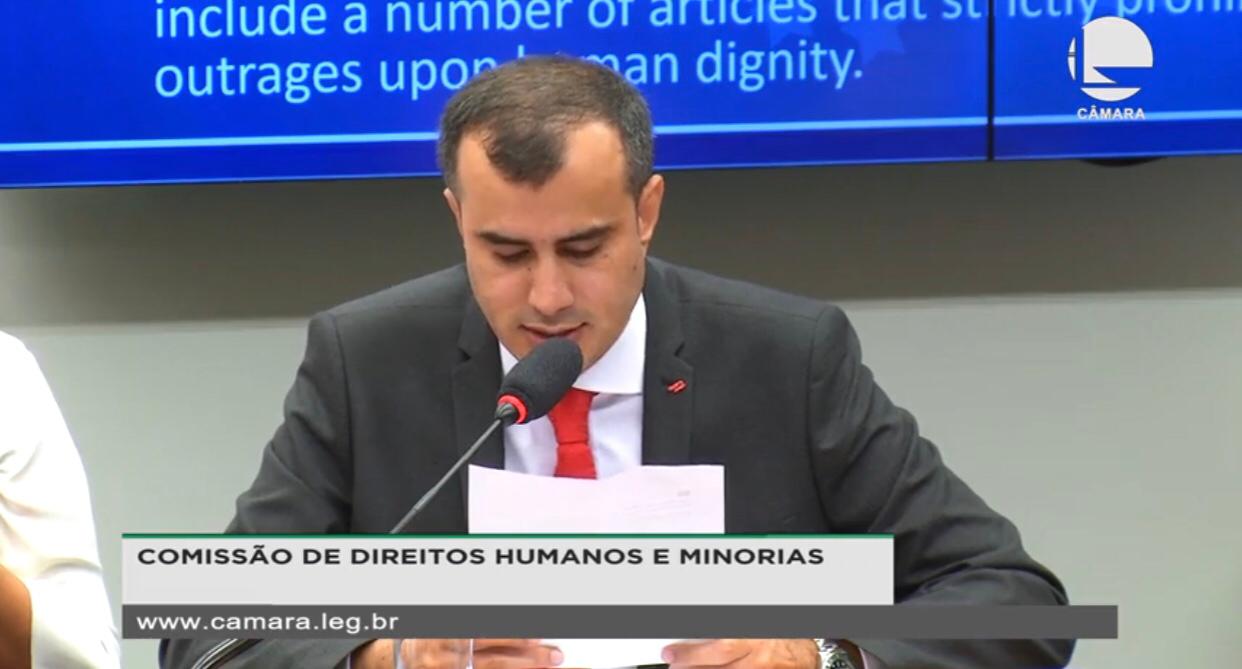 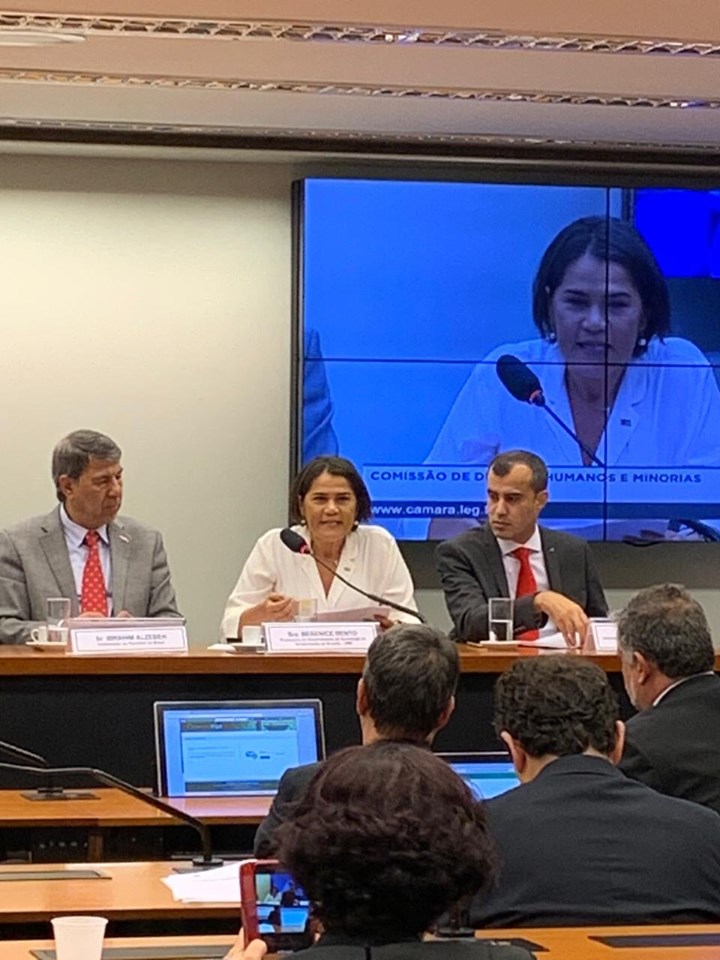 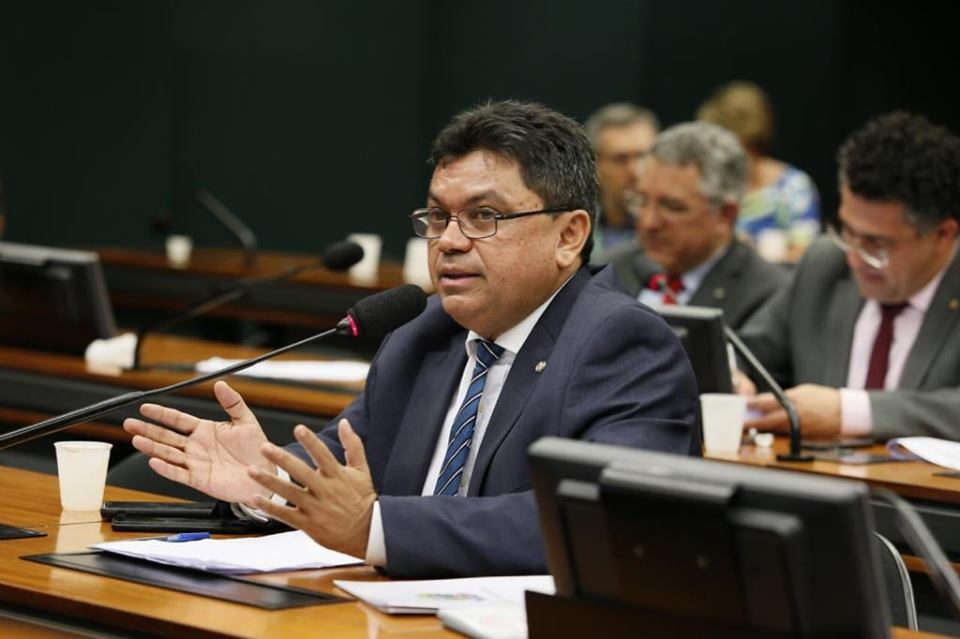