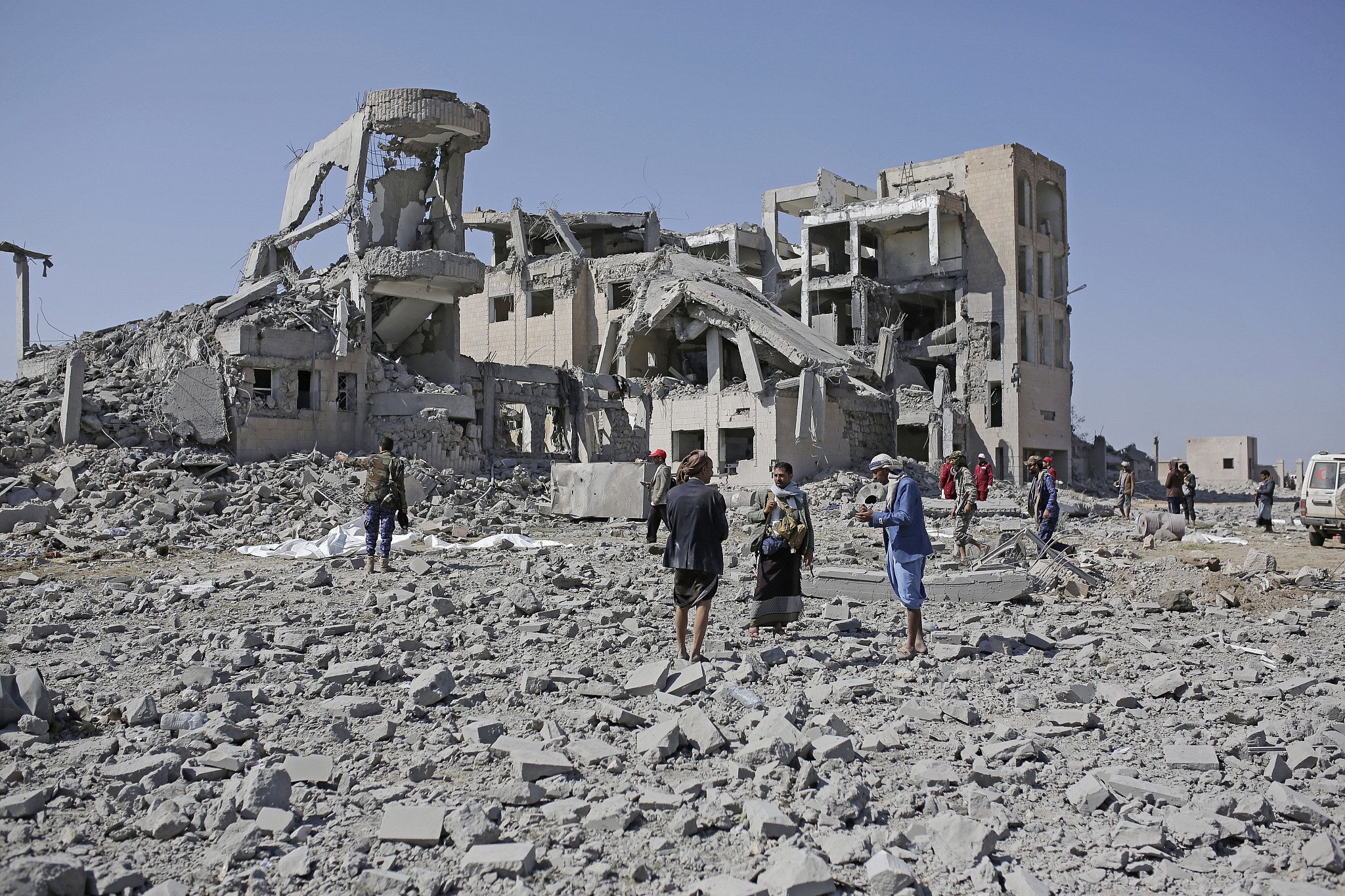 Geneva – Euro-Mediterranean Human Rights Monitor said today that Ansar Allah (Houthi group) transferred hundreds of Yemeni detainees from a prison in the Yemeni capital Sanaa to a military site that was previously bombed by the Arab Alliance, expressing fears that the group is using the detainees as human shields and endangering their lives.

The Geneva-based organization said in a statement that it had recently monitored unusual operations by the Houthis, including assembling hundreds of detainees and transferring them to the central prison in Sanaa.

Local Yemeni sources confirmed that the Houthis forced about 400 detainees to wear military uniforms inside the central prison, handcuffed them, and then transferred them last Saturday to the Central Security Camp in Al Sabeen District in Sanaa.

The Yemeni sources believe that the Houthis are trying to mislead the Arab Alliance forces of military activities in those places so that they launch airstrikes, while the Houthis gain sympathy at the local, regional and international levels.

On September the first, a Saudi-Emirati airstrike on a prison in Dhamar province, south of Sanaa, killed more than 100 people, most of them were civilians detained by the Houthis.

“No one should be taken as hostage, treated as a human shield, or deliberately used in battlefields and areas of armed engagement. These detainees cannot even flee the area where they are at risk of deadly airstrikes,” Anas Aljarjawi, Euro-Med Monitor’s Middle East and North Africa regional director.

"Hundreds of detainees in Sanaa are now living under certain threat of death. Adequate measures must be taken to prevent any harm to them," Aljarjawi said.

He added that the Saudi-Emirati forces must avoid indiscriminate attacks and stop targeting places used by Houthi militants to detain dissidents and civilians.

As the conflict in Yemen continues, prisons and detention centers are being run away from the judiciary in violation of the Yemeni Constitution and international conventions and principles, including the standards and conditions of imprisonment contained in the 1957 Standard Minimum Rules for the Treatment of Prisoners, as well as the 1990 Basic Principles for the Treatment of Prisoners, and Protection of All Person under Any Form of Detention or Imprisonment 1988.

Euro-Mediterranean Human Rights Monitor called on the Houthis to immediately stop putting hundreds of detainees and prisoners at risk and stop using them as human shields and targets for the deadly Saudi-UAE coalition strikes.

Euro-Med Monitor called on the international community to work hard to end the detention operations that violate basic human rights standards and to stop the armed conflict in the country, which resulted in the worst humanitarian crisis and claimed the lives of thousands of Yemenis and threatens the lives of millions of others amid the continued siege, starvation and targeting of civilians in different areas of the country.