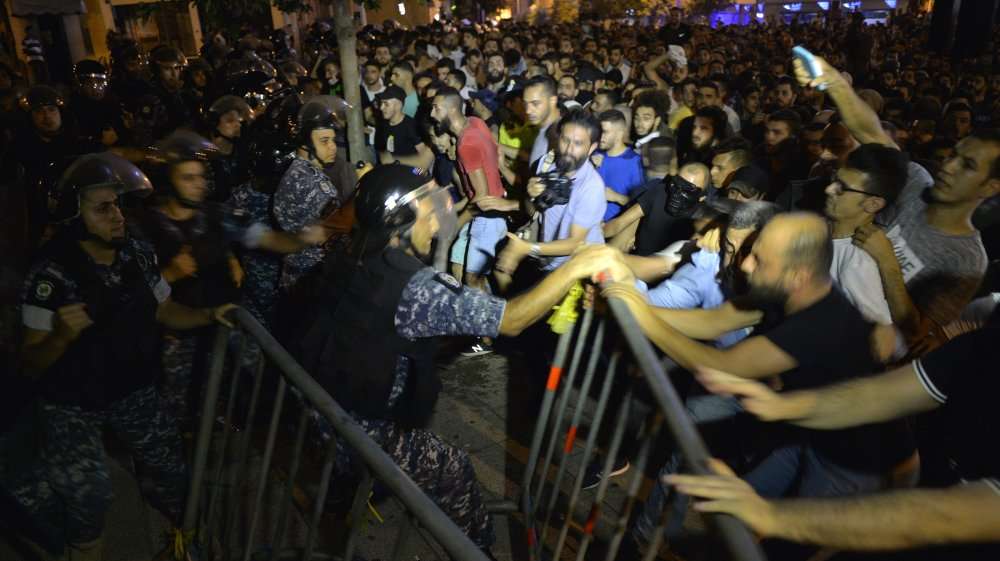 Geneva - The Euro-Mediterranean Human Rights Monitor urged the Lebanese security services not to resort to repression and lethal force and respect the demonstrators’ right to peaceful assembly and allow them to express their views, which are guaranteed by Article 13 of the Lebanese Constitution, in a statement released on Friday, 18 October.

The Euro-Med Monitor said in a statement that it is following the protests in Lebanon despite the government's retreat from imposing a tax on the use of WhatsApp. However, the organization expressed fears of systematic repression of protests such as what happened in a previous protest in Lebanon earlier this month.

According to eyewitnesses, large numbers of security forces were deployed near Riad Al Solh Square in front of the Grand Saray (Palace) and many areas in the Lebanese capital Beirut, where they fired a barrage of tear gas, causing dozens of protesters to suffocate and faint.

Earlier, the official Lebanese National News Agency (NNA) reported that protesters had blocked several streets in Beirut, some of which were blocked by burning tires.

In a statement issued on Thursday evening, the General Labor Union in Lebanon called for a strike with the closure of all public and private institutions and departments, calling for a mass gathering at Riad Al Solh Square at 9 a.m. on Friday, due to "the deteriorating economic conditions and the high taxes."

Lebanese protesters have been demanding for weeks fighting corruption, adopting reforms and to abolish the quota system in the country as Lebanon's economy continues to fall sharply.

“Article 13 of the Lebanese constitution guarantees the demonstrators right to peaceful assembly and express their views, but the protesters should not be involved in any acts of sabotage or assault on public property," said Mohamed Imad, Euro-Med Monitor’s legal researcher.

Imad also stressed that any attack on protesters by the security forces is a clear violation of the Lebanese Constitution and Lebanon's international obligations, especially Article 21 of the International Covenant on Civil and Political Rights, which Lebanon ratified in 1972.

The Euro-Med Monitor stressed that the Basic Principles on the Use of Force and Firearms provide that law enforcement officials may use force only if other means are ineffective or it is not clear that they will achieve the desired result.

The Euro-Mediterranean Human Rights Monitor called on the Lebanese legislative, executive and judicial authorities to prohibit the use of lethal force against protesters in the country and work to resolve economic problems in Lebanon in order to ensure a decent life for all Lebanese regardless of their sects and beliefs.