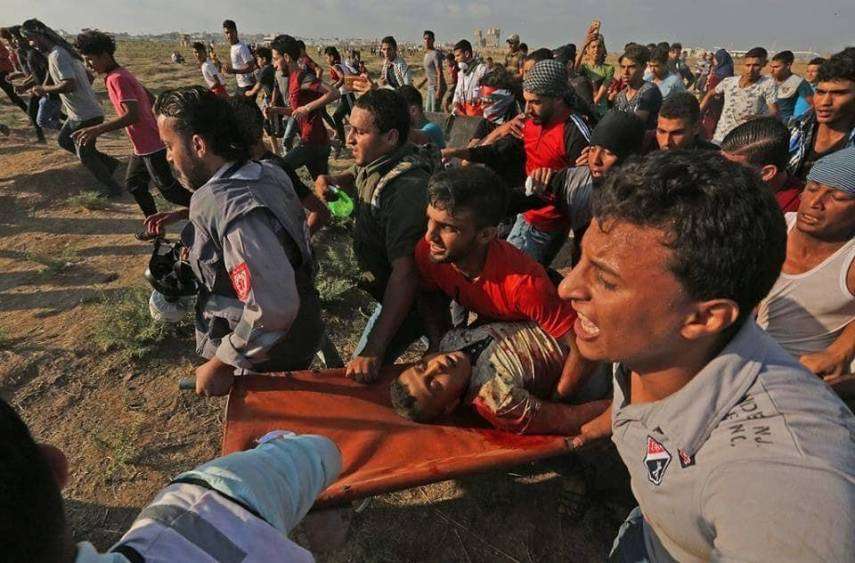 An Isreali soldier who killed an unarmed Palestinian teenager near the Gaza perimeter fence was sentenced yesterday to a month of community service.

Othman Rami Helles, aged 15, was killed by an IDF sharpshooter, who shot Othman in the torso, on the 13th of July 2018, during weekly Palestinian protests along the eastern Gaza-Israel perimeter fence.

This is the first time an IDF soldier has been convicted by Israel of killing an unarmed Palestinian in the Great Return March protests, where hundreds of unarmed Palestinians, including journalists, paramedics, children and women, have been killed maimed, or permanently disabled during the weekly border protests, mostly with direct orders from commanding IDF officers..

The convicted soldier admitted to shooting the teenager without permission from his commanders, in violation of Israel's own rules of engagement. Deviating from orders was likely the main reason for his indictment rather than the act of killing a non-violent protester.

While holding Israeli soldiers accountable for crimes perpetrated against Palestinians is a step in the right direction, the Euro-Mediterranean Human Rights Monitor finds the sentencing to be entirely disproportionate with the criminal act of killing an unarmed child protester, and may encourage other IDF soldiers to follow the lead of the incriminated sniper, knowing that the consequences are negligible and lenient.

Therefore, calls for greater sanctions on Israeli soldiers who unlawfully kill Palestinians. A month of community service for the death of a person is not deterrent enough to stop the killings.

Israeli security forces operate with near impunity, facing few repercussions for abusive and illegal actions, such as beatings and killings. The Euro-Med Monitor is concerned that the court’s decision will encourage further killings and questions the impartiality of the Israeli judiciary.

The Euro-Med Monitor calls on the Israeli judiciary to exercise greater scrutiny of such cases and strive to uphold the rule of law.