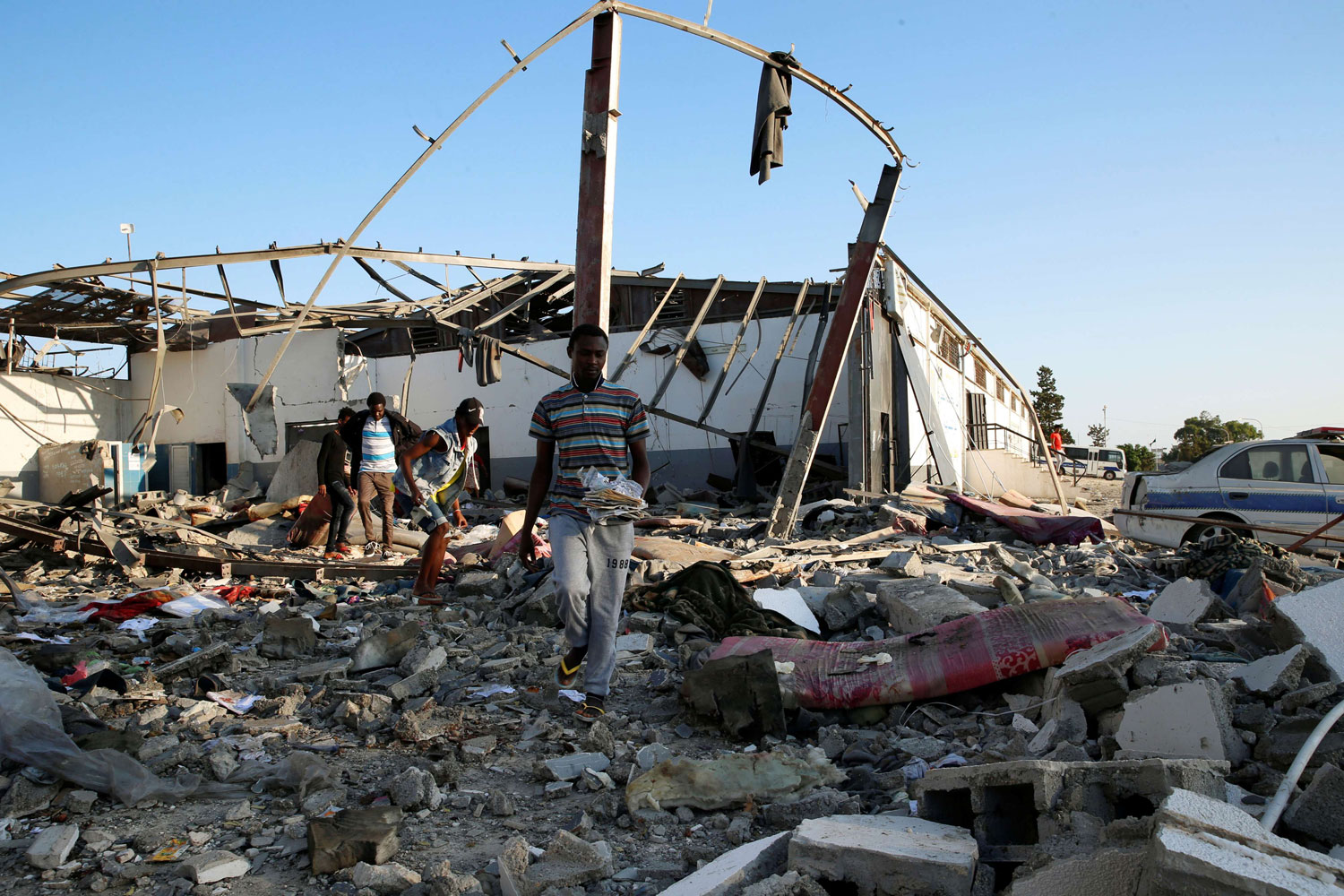 GENEVA - The Euro-Mediterranean Human Rights Monitor called on the United Nation Security Council (UNSC) to take all necessary measures to ensure that those involved in the attack on a migrant detention center in Libya are prosecuted, with new evidence indicating the involvement of a foreign country in the horrific attack.

The Geneva-based Euro-Med Monitor said in a statement on Thursday that the Security Council should call on the Prosecutor of the International Criminal Court (ICC) to open an immediate investigation into the incident, and work to identify the state involved in the heinous attack, because these practices are considered war crimes that ICC should take action against their perpetrators.

Following a secret investigation by the United Nations, a report concluded that a warplane of a foreign country launched a missile attack on a migrant detention center of in the suburb of Tajoura east of Tripoli, as revealed by BBC Arabic on Wednesday.

The London-based BBC quoted a person with a close knowledge of the investigation as saying: “Evidence suggests the involvement of the United Arab Emirates which has not commented on the matter despite being formally addressed.”

Since April 4, the Euro-Med Monitor has documented airstrikes by forces of retired Major General Khalifa Hifter which killed 1,200 Libyans, injured 3,000, displaced 140,000 civilians, and destroyed hundreds of homes and civilian facilities.

Mohammed Emad, a legal researcher at Euro-Med Monitor, said that the ICC Prosecutor is urged to initiate a criminal investigation into the incident and work tirelessly to bring the perpetrators to justice, because the attack clearly amounted to a war crime. “It is cruel and tragic to attack a shelter, especially that the UN mission to Libya provided the two parties of the conflict with the whereabouts of the migrants center,” he added.

The internationally recognized Libyan Government of National Accord said at the time that the attack on the migrants center was carried out by the United Arab Emirates, while Haftar forces denied responsibility for targeting the center despite initially announcing that it had "bombed a legitimate military target."

According to the BBC report, at the time of the attack, according to a confidential source, an unknown number of Mirage 2000-9 attack planes were seen at Khadem and Jafra airbases, noting that the UAE and Egypt possess a large number of Mirage warplanes.

According to the United Nations, the UAE established in 2017 the Khadim airbase in eastern Libya, provided air support to Haftar forces, and worked to develop an infrastructure at the base that includes various types of military aircrafts, including attack drones.

The Euro-Med Monitor said that the continued silence of the international community, especially the Security Council, as the guarantor to stop any violation that threatens the lives of individuals, is an important reason for the continuation of violations by the Haftar forces and countries that support abuses against civilians and migrants.

The human rights group highlighted the urgent need to focus more effectively on justice and accountability in Libya to prevent further crimes, in view of the continuing horrific attacks, which often cost civilians their lives, especially in Tripoli, which is home for more than one million people.

The Euro-Med Monitor urged the United Nations and all international actors to take all necessary measures to ensure that the country involved in the horrific air attack on July 3 that killed 46 migrants and injured 130, is brought to justice.