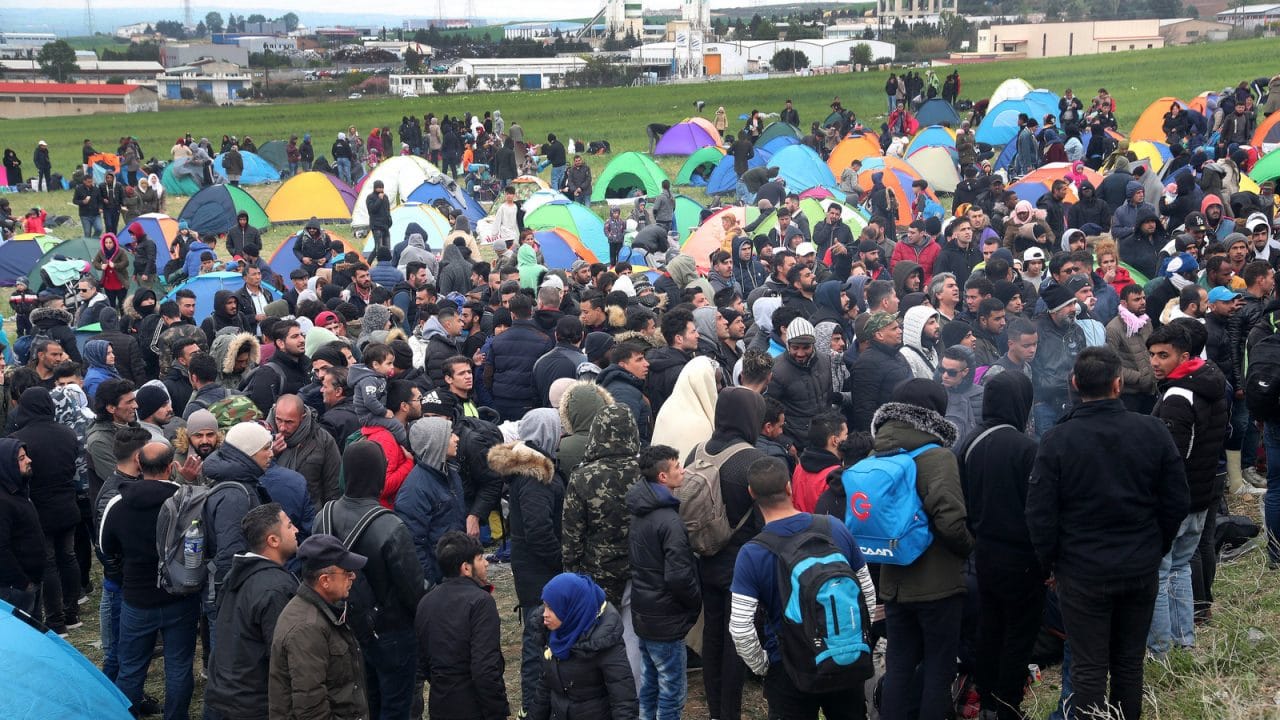 The Euro-Mediterranean Human Rights Monitor is raising its deep concerns over the latest decision of Greece's government to build prison-like closed island camps for asylum seekers; which akin to jails with inhumane consequences.

Last Friday, The Prime Minister of Greece, Mr. Kyriakos Mitsotakis, announced that his government will build closed migrant reception facilities on islands facing Turkey where nearly 35,000 refugees are currently stuck. The poor conditions in the camps have been extensively documented. This new measure will only further exacerbate the asylum seekers’ suffering. Different groups of people will be crammed into small spaces; facing stricter prison-like rules until their cases are processed.

Until their applications are processed, Asylum seekers in Greece often have to spend years in camps in which sanitary conditions are appalling and where their safety is not assured. As winter is now settling in, this humanitarian disaster will intensify, as the level of medical assistance available is insufficient for those in need.

Furthermore, the Euro-Med Monitor is deeply concerned that Greece is toughening its policies in pursuit of deterring more asylum seekers from crossing the border. On top of the new closed island camps, Greece has announced additional measures such as an increase of 1,200 more guards at its land and sea borders and a rise in the number of deportations.

The number of refugees crossing the sea from Turkey has risen by 73% this year, according to the UN refugee agency. More people are undertaking the dangerous journey to cross the sea in the Mediterranean region where only between the 24th and 25th of November, around 643 refugees and migrants were rescued in the Aegean Sea.

Euro-Med Monitor's Europe Regional Manager, Muhammed Shehada, said: "Needless to assert that most of these refugees, including many women and children, are fleeing from mortal dangers in war and persecution, and should therefore be guaranteed protection and safe refuge in accordance with the United Nations Universal Declaration of Human Rights of 1948 that, "Everyone has the right to seek and to enjoy in other countries asylum from persecution," in addition to the 1951 Convention Relating to the Status of Refugees and the 1967 Protocol Relating to the Status of Refugees".

In light of this situation, the Euro-Med Monitor calls on Greece to respect asylum seekers’ human rights and to provide decent conditions to those who seek refuge from war and persecution. This entails immediately halting above mentioned inhumane measures to build closed island camps and working to improve conditions at existing refugee camps.

The Euro-Med Monitor also calls on the European Union to urgently come to Greece's aid; by improving its reception and redistribution policies of asylum seekers and putting an end to existing, lengthy asylum procedures. The Greek authorities are currently dealing with a backlog of 70,000 asylum requests. One of the pressing issues is the number of unaccompanied minors, estimated to be around 4,000. EU member states must come to agreement to take their fair shares of asylum seekers in Greece.