Algeria: Elections can’t be sham and authorities should not impose their will on Algerians 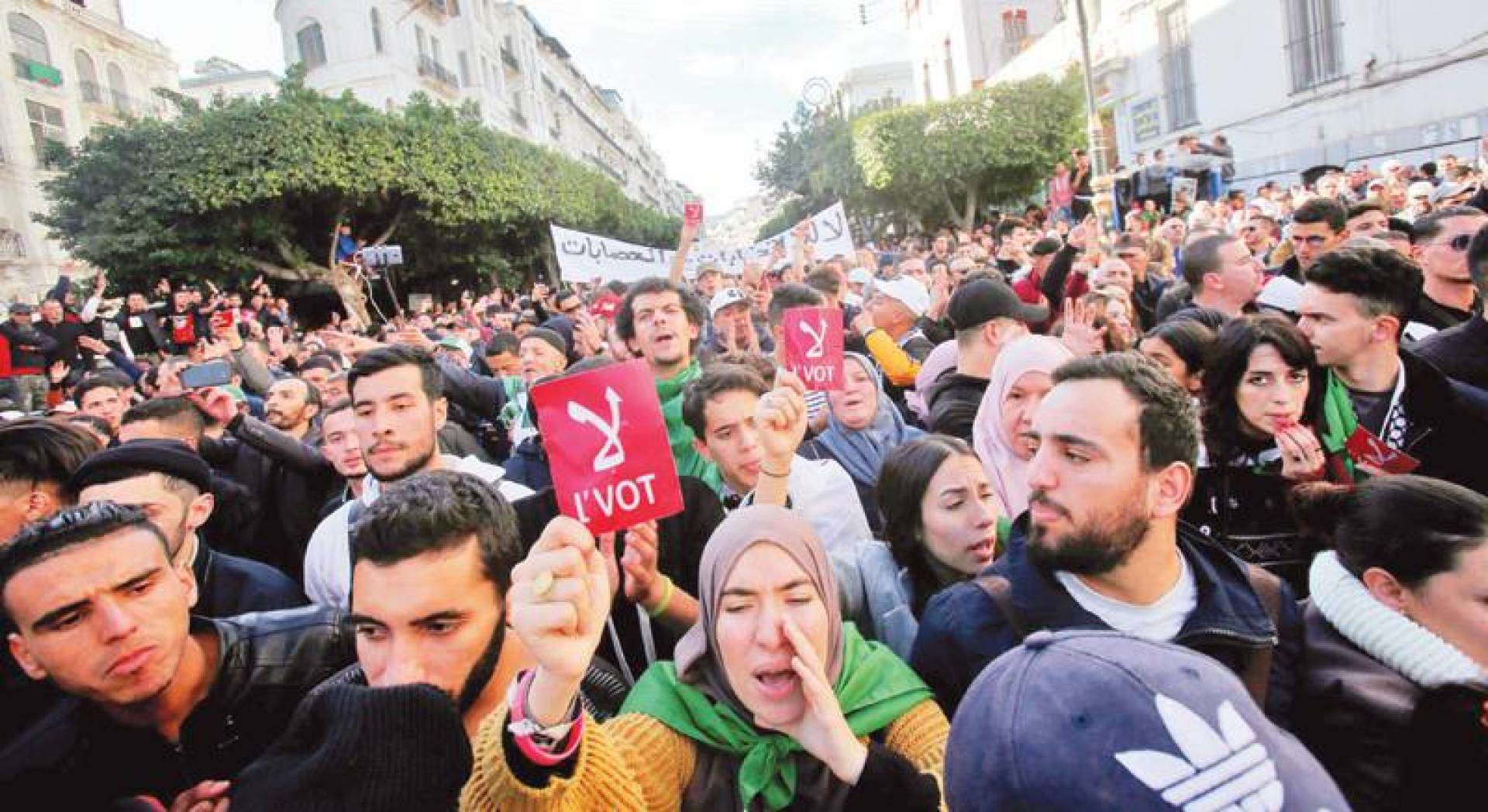 Geneva - The Euro-Mediterranean Human Rights Monitor said holding the Algerian presidential elections in a non-consensual atmosphere, and announcing their results today, will not consolidate the democratic process and will lead to further complications in the crisis that has persisted since February of this year.

Euro-Med Monitor explained that its teams observed the atmosphere that preceded the holding of the presidential elections, as the authorities actively sought to exclude and silence all voices that oppose elections and carried out campaigns of distortions, intimidations and arrests, and issued prison sentences against a number of activists, the latest of which was the imprisonment of the head of the Algerian League for Human Rights in Oran, Kaddour Chouicha, for one year following directing unfair charges against him.

The Geneva-based group said in a press statement that it was deeply concerned about the ruling authorities' attempt to impose the results of the presidential elections as a fait accompli, warning against adapting criminal laws to restrict freedom of expression in the country, and using the law as a cover to disrupt its democratic path.

Euro-Med Monitor stated that the Algerian authorities summoned Choueisha on December 10 in order to recover his phone that was confiscated about a month ago, but upon his arrival at the police station in Oran, he was taken to appear before the Public Prosecutor who referred him to a court so that he could be tried immediately thereafter, where he was charged with a number of charges, including "prejudicing the integrity of the nation's unity", which is punishable by imprisonment from one to 10 years, according to Article 79 of the Penal Code. He was too accused of "disobedience" under Article 183 of the Penal Code, because of his posts on Facebook. In November, he opposed the presidential elections and the army’s policy of managing the country's affairs.

According to Euro-Med Monitor, Algerian security forces arrested about 300 people in separate areas of the country during the second half of last November, some of them were tortured, beaten and insulted before being released, while others were held on charges including incitement to hold “unarmed gathering" and "calling for civil disobedience.”

Euro-Med Monitor states that prominent opposition figures have been arrested or prosecuted for their role in the movement, such as Hakim Maad, the founder of the Youth Action Association (Raj), and its current president Abd al-Wahhab Versaoui, in addition to prominent dissident Karim Tabou, the former Secretary-General of the "Socialist Forces Front".

Anas Aljerjawi, the Director of the Middle East and North Africa at Euro-Med Monitor, said Algerian presidential elections took place in an atmosphere that cannot be described as democratic, adding that the basis of the democratic process is the expression of the voice of the street across the political spectrum, which was remarkably missing in those elections.

Aljerjawi added that all the candidates for the elections were directly or indirectly involved in the political system that the Algerians took to the streets in order to change, stating that the elections should not be a sham process to impose a specific choice on the people, but that those in charge of the country should consider creating a democratic atmosphere that gives everyone equal opportunities to compete, ensuring the election of a new leadership that truly reflects the will of the Algerian street.

Euro-Med Monitor pointed to the danger of using the Algerian judiciary in the current crisis and using it as a tool to silence voices opposing the procedures followed by the authorities, stating that the judiciary should be independent in all circumstances, and should not in any way be used to exclude or distance opposing voices.

Euro-Med Monitor pointed out that the decision to imprison activist Chouicha, along with the detention of dozens of others, represents a new escalation against human rights defenders and civil society activists, and comes in the context of organized security campaigns to impose the elections and their results as a fait accompli that the Algerian people should recognize.

Euro-Med Monitor called on the Algerian authorities to not endorse the results of the presidential elections, and to launch an inclusive national dialogue to pave the way for a democratic transition in which elections will take place, in which Algerians freely choose a new president. Euro-Med Monitor urged the United Nations and the European Union to put pressure on the leadership of the Algerian army to stop its interference in political life, to release all detainees against the background of peaceful protests and to allow the Algerian people to express their aspirations for a true democratic transition.