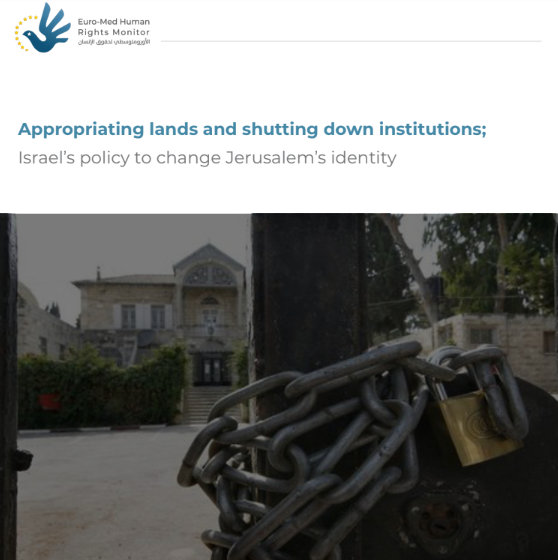 The Israeli authorities have continued to violate human rights in Jerusalem in November 2019, with a decision from Israel's highest political levels and unlimited US support, which was demonstrated this month after considering settlements in the West Bank and Jerusalem legal by the US, in a challenge to international law and UN Resolutions.

This month, Euro-Med Monitor team monitored 392 violations, which fall under 18 categories, committed by the Israeli authorities. The majority of these violations were serious. Raids constituted 26.3%of the total violations, which is the highest, followed by arrests, 16.8%, checkpoints and freedom of movement, 19%. These violations have the highest rate because they occur on daily basis, while the other violations were still serious in terms of their effects and implications.