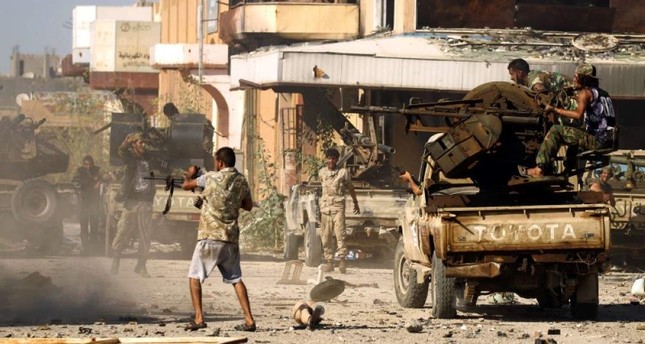 Geneva – Last Tuesday, the Euro-Mediterranean Human Rights Monitor sent an official letter to MEP Andrea Cozzolino, Chair of the European Parliament Delegation for relations with the Maghreb Countries, commending Mr. Cozzolino's statement on the ongoing conflict in Libya, emphasizing that it's of utmost necessity for the European Parliament to play a more active role in peace building across the globe, particularly in the MENA region neighbouring Europe.

In his statement, Mr. Cozzolino condemned "the latest threats from self-proclaimed Field-Marshal Haftar about a broad and total assault towards the heart of the capital," and asserted the need to "commit to and support a political solution to the crisis in Libya, through a Libyan-owned political process."

The Euro-Med Monitor's letter to Mr. Cozzolino stressed that equal importance and attention should be given to addressing "the role of foreign powers and proxies in perpetuating a bloodbath in Libya."

The Euro-Med Monitor's letter pointed out a recent example of how "UN investigations estimated that the tragic and horrifying bombing of the Tajoura migrant detention, centre east of the capital Tripoli, was carried out by a fighter plane from a foreign country; likely from the United Arab Emirates, in which 53 people died and hundreds were injured from this attack in July."

The Euro-Med Monitor noted how its team have observed similar interventions from regional powers in Libya; which have only exacerbated the situation and rendered a solution to the conflict ever more distant.

"We would like to emphasize the urgency for your delegation to call on foreign countries intervening in Libya to immediately cease operations or support for conflicting parties, particularly the forces of self-proclaimed Field-Marshal Haftar," Euro-Med Monitor recommended to Mr. Cozzolino.

"Equally important is to highlight the serious mistreatment, humiliation and exploitation of refugees, migrants and asylum seekers in Libya by different groups, including the Department for Combating Illegal Migration (DCIM), under the Government of National Accords, which runs formal migrant detention centres, some of which have appalling conditions," the letter concluded.