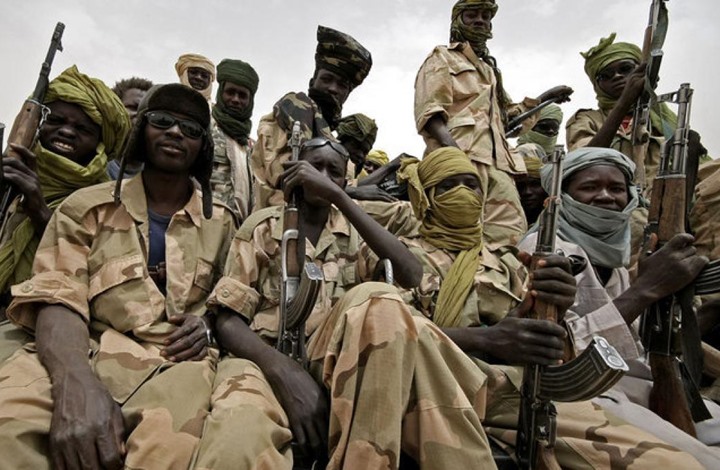 Geneva – The Euro-Mediterranean Human Rights Monitor said that hundreds of mercenaries from the Rapid Support Forces and the Sudanese Justice and Equality Movement joined the fighting in Libya, at the end of December, and became part of the forces of the retired Libyan Major General Khalifa Haftar against the Government of National Accord.

Euro-Med Monitor said in a press statement on Wednesday, 25 December, that the number of Sudanese mercenaries in Libya has reached nearly 3,000, who have taken part in horrific violations of human rights, participated in the killing of Libyan civilians, and the smuggling of migrants across the border, in addition to securing oil fields and detention centers.


Euro-Med Monitor indicated that a large number of these mercenaries had a previous combat experience, as a result of their participation in the Darfur war.

Euro-Med Monitor said that despite the arms embargo imposed by the United Nations, including the provision of Armed Mercenary Personnel Resolution 1970 of 2011, Sudan is still clearly violating this embargo, and continues to provide military support to the parties to the conflict in Libya, which means an increase in the scale and scope of violations against defenceless civilians.  The group noted that this is ensured by the statement of a Sudanese official, who acknowledged his country's contribution to 50% of the military efforts in Libya.

Euro-Med Monitor explained that it had documented testimonies of Sudanese fighters in Libyai in which they spoke of joining the Haftar forces, the weapons they had, and the small material return that they got. They clarified that they had come to Libya, where they had been put in a prison-like camp, and were given the choice of joining the military or being imprisoned.

According to A. A, one of the mercenaries who was fighting with Haftar in Gharyan, who came from the city of Geneina in the center of West Darfur State in Sudan, he came to Libya for the purpose of fighting for 1,000 Sudanese pounds per month ($ 22), indicating that he and more than 25 Individuals were taken to Libya through the desert.

As for A. M., and M. A., of the Sudanese Janjaweed forces, they came with a group of forces from Sudan through Chad to the city of Benghazi in eastern Libya through Sirte and then Gharyan, to join Haftar forces to the South of Tripoli, under the command of Abd al-Salam al-Hassi of the Haftar forces.

A. Sh., a mercenary from the Janjaweed forces, said that in June 2019, he arrived in an area in Gharyan, which he described as a military base. He and a group of his colleagues got prepared to fight to the south of Tripoli, but he added that the forces of the Government of National Accord succeeded in launching a surprise attack and reached them in Gharyan, killing 3 of his colleagues.

Mercenary A. S. from Sudan said that he came to Libya about a month ago to fight alongside the Haftar forces, explaining that he earned 1,000 Sudanese pounds a month and sometimes every  two months.

A recent report by the Panel of Experts of the International Sanctions Committee imposed on Libya revealed that 1,000 Sudanese soldiers from the Rapid Support Forces were sent to eastern Libya last July, and were stationed in the Jufra region in southern Libya.

Euro-Med Monitor pointed out that the UAE Embassy in Khartoum had sent a letter in May 2019 to the Ministry of Foreign Affairs in the Republic of Sudan, requesting diplomatic permission for two C130 + G17 planes belonging to the UAE Armed Forces to land at Geneina Airport to the west of Sudan, to transfer members of the Sudanese forces, which makes the UAE the direct responsible for violations committed by those forces in Libya.

Euro-Med Monitor said that the UAE’s sending  Sudanese mercenaries and mercenaries of other nationalities is "a disgraceful act that calls for accountability," calling on the UN Committee of Experts to work on investigating the crimes committed in Libya and identifying the international parties’ responsibility in the conflict, which would pave the road for bringing those involved to justice.

Euro-Med Monitor pointed out that Article (5) of the International Convention against the Recruitment of Mercenaries prohibited states from recruiting, using, financing or training mercenaries, and obliged them to prohibit these activities, and stipulated the duty of the states party to the Convention to punish those committing this crime by imposing “appropriate penalties that take into account the serious nature of these crimes.“

The retired Libyan Major General Khalifa Hifter had announced a military operation since the fourth of last April to take control of the capital Tripoli from the hands of the internationally recognized government of National Accord. Violent clashes broke out after the attack between the two parties, killing and injuring thousands, causing massive damage to the infrastructure, health facilities including a number of hospitals and schools, endangering the lives of about one million and 200,000 civilians in Tripoli, and displace”I gotta more than 100,000 civilians from their homes.