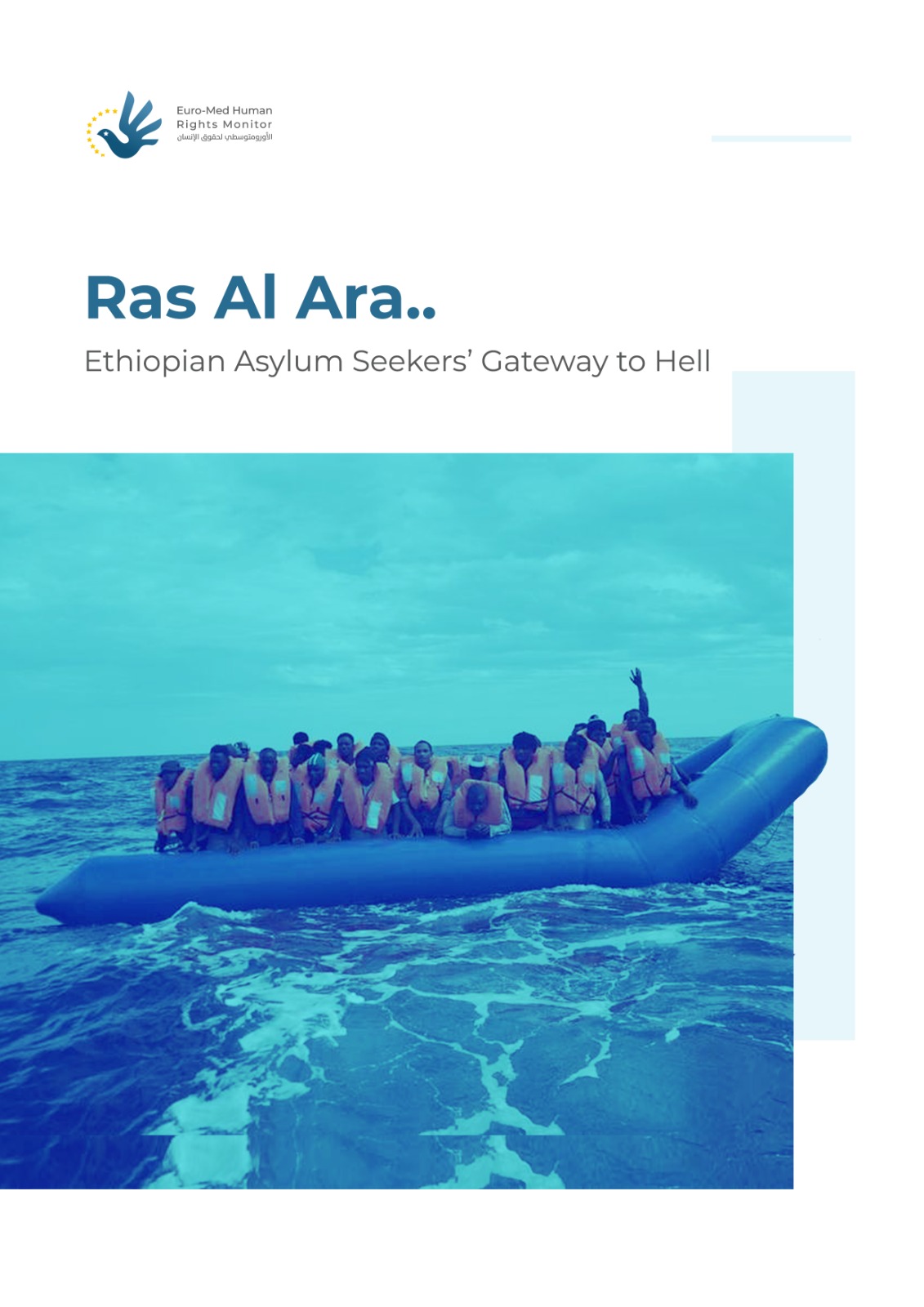 Geneva - A report published by the Euro-Mediterranean Human Rights Monitor and SAM for Human Rights and Liberties revealed ten patterns of grave violations practiced against African migrants in illegal detention camps in Yemen.

The two organizations said in their joint report, entitled "Ras Al Ara... Ethiopian Immigrants’ Gateway to Hell," that for several years, Yemen has become a gateway for migrants from Africa to Saudi Arabia through a long and harsh journey fraught with risks and grave violations from various parties.

The report stated that despite all kinds of violations and risks they face during the migration journey, dozens of thousands of Africans annually attempt to immigrate to Saudi Arabia to escape poverty, security prosecutions and lack of job opportunities in their home countries..

According to the report, the economic situation is the main factor of migration from Ethiopia and all of Africa, but there are significant numbers of people fleeing serious human rights violations by their governments.

The recent years have witnessed a high rate of smuggling of African migrants, especially Ethiopians and Somalis, due to deteriorating economic and humanitarian conditions in their home countries. Smugglers, who belong to Yemeni and African mafias, help the victims to get out of their country by transporting them to Yemen, via small and inadequately equipped fishing boats that take them to the Yemeni shores.

As of February 2018, Yemen was hosting about 281,000 refugees, many of whom were Somalis who are recognized as refugees and asylum seekers. The number may be much higher given the problems migrants face when registering with humanitarian agencies.

Ras al-Ara area, a coastal area belonging to Al-Madaribah Directorate, in Lahj Governorate, in southern Yemen, is a haven for the smuggling mafia. The report confirmed that migrant smuggling gangs consider Ras al-Ara as their headquarters where they manage their criminal acts. These gangs have established wards where African migrants and asylum-seekers are detained and are reportedly subjected to torture, beatings, and rape, and where they are prevented from food, clothing, and shelter to force them to pay money and bargain with their relatives to transfer money in exchange for the release of their relatives.

At the end of the report, the two organizations called on Yemeni authorities to shoulder their responsibilities towards what is happening on its borders, especially the Ras al-Ara region, by conducting security patrols to pursue and follow up on the migrants’ smuggling and human trafficking gangs, and work to prosecute them legally, and hold them accountable for their crimes against migrants and asylum seekers.

The two organizations also called on Yemeni authorities to provide medical supplies to local hospitals in the border areas that where African migrants are concentrated, and to build specialized facilities to receive those migrants while providing them with the most basic needs of food, medicine and protection.

The two organizations called for the intensification of rescue operations from European countries and allowing international and domestic humanitarian ships to carry out their tasks without restriction or prevention, in addition to working to receive these migrants and provide legal protection to them in accordance with international law.

The report called on the Saudi authorities to stop returning African migrants, especially Ethiopians, to the Yemeni border, given the violations these migrants are exposed to in those areas. The report stressed the necessity of applying the rules of international law with regards to migrants to provide special places that guarantee them the enjoyment of their basic rights to food, medicine and protection.