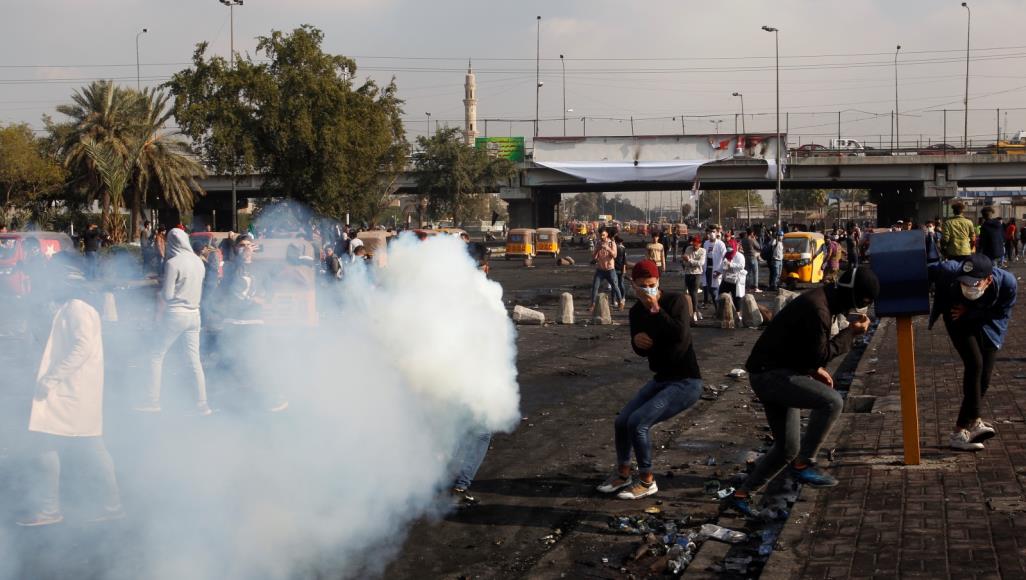 GENEVA - The Euro-Mediterranean Human Rights Monitor expressed its grave concern over the escalating Iraqi security forces and armed elements targeting of protests with the aim of killing and causing fatal injuries and disabilities.

The Geneva-based Euro-Med Monitor said in a press statement on Wednesday that the attacks it documented show an unjustified use of excessive force and represent a dangerous indication of violating the right to peaceful assembly and insistence to practice repression despite the government's repeated pledges to protect the right to protest.

Euro-Med Monitor researchers documented cases of direct targeting of protestors with live and rubber bullets and tear gas canisters without them posing a threat to the security forces who deliberately dispersed protesters by using excessive force.

Among those targeted was Youssef Sattar, a photographer who lives in the Al-Bunouk neighborhood east of Baghdad. On Monday, he was killed while participating in protests near Al-Kilani Square due to gunshots that penetrated his head and destroyed his skull.

On Tuesday, paramedic Jinan Al-Shahmani was killed and her colleague was injured along with a number of protestors as a result of the armed forces storming of a sit-in in Basra city in southern Iraq and shooting at protesters randomly.

Iraqi medical sources announced that ten protesters have been killed by security forces during the past two days, four of them were killed in Baghdad, three in Basra, two in Karbala and one in Diyala.

These sources monitored the killing of about 669 people and wounding more than 17,000 others, 3,000 of them suffered from physical disabilities since the start of the protests in Iraq in October 2019 against the growing corruption and political and security deterioration as well as the economic crisis sweeping the country.

The attacks affected journalists, human rights activists, paramedics and persons with disabilities without justification. The Euro-Med Monitor confirmed that there are reasonable reasons to believe that security personnel deliberately targeted protesters and were fully aware of who they were.

The Euro-Med Monitor emphasized that the use of excessive force against protestors and the arrest of thousands of them violate international standards, as the United Nations Code of Conduct for Law Enforcement Officials (the Code of Conduct) requires those exercising police powers to protect "all persons from unlawful acts", while carrying out their duties, and that they should respect and protect human dignity, preserve and uphold human rights for all.

The Iraqi authorities should abide by the United Nations Basic Principles on the Use of Force and Firearms by Law Enforcement Officials, which stipulates that the security forces should use, to the greatest extent possible, non-violent means before resorting to force in cases of strict necessities.

The Euro-Med Monitor notes that in cases where the use of force is unavoidable, the authorities should exercise self-restraint and act in a manner equivalent to the gravity of the situation. Law enforcement officials, especially the security forces, should only use firearms against individuals in cases of self-defense or imminent danger that threatens others with death or serious injury.

The Euro-Med Monitor urged the United Nations General Assembly and the Security Council to immediately intervene to stop the ongoing violations against protestors in Iraq, noting that silence provides a cover to these violations.

In this regard, the organization called for serious measures to be taken to stop violations by adopting practical steps, both by stopping the training of Iraqi forces foreign forces and canceling arms export agreements for Iraq as well as providing real guarantees for Iraqi protestors to express their opinions as guaranteed in international law.

The Euro-Med Monitor renewed its demand to the Iraqi authorities to open a neutral investigation into the use of excessive force by security forces to disperse protests, publish the results of investigations, and bring to justice members and commanders responsible for these violations.