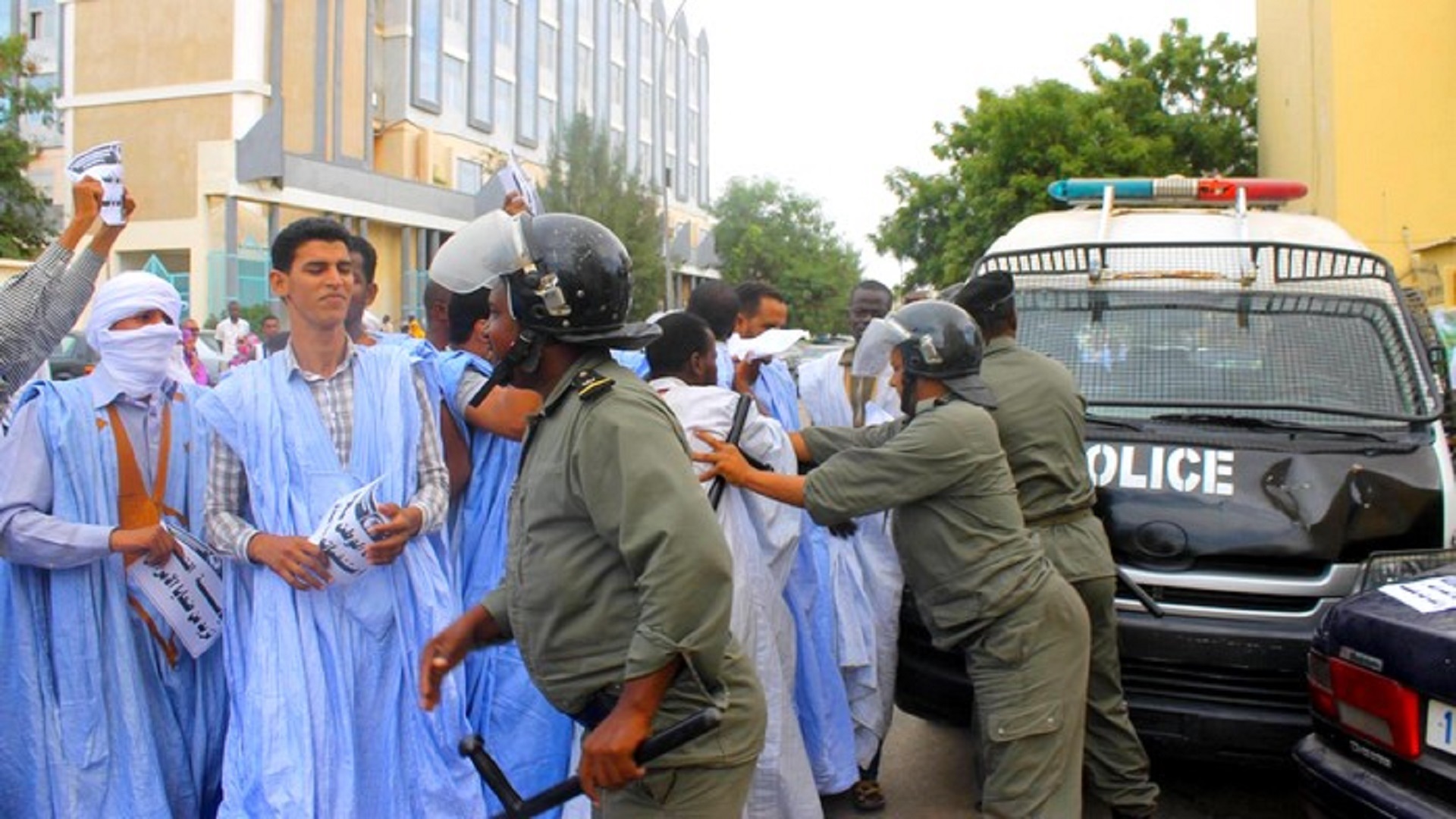 Geneva - The Euro-Mediterranean Human Rights Monitor expressed its grave concern that the Mauritanian authorities have imposed severe restrictions on public freedoms, and arbitrarily detaining those trying to publicly criticize the performance of public officials.

The Mauritanian authorities are using repressive methods and intentional terrorism in an attempt to restrict freedom of opinion and expression, which undermines aspirations to improve the human rights situation in the country.

An example of this is the arrest of the Mauritanian police on Sunday of journalist Sheikh Ould El Mami, from his home in the capital, Nouakchott, against the background of publishing video clips on social media criticizing President Mohamed Ould El-Ghazouani and talking about corruption of officials of the Presidency Foundation.

Two days before that, the Mauritanian authorities arrested both photographer Abdo Ould Taj Al-Din and blogger Mohamed Ali Ould Abdel Aziz, due to publishing videos on social media, accusing them of "using an information system to produce and publish statements of slander, and incite against racism and hatred.”

These arrests lacked legal basis or justification, except that they are an expression of the authorities' failure to accept any criticism and a representation of adopting a repressive approach against any voice opposing them.

The Universal Declaration of Human Rights and Article 19 of the International Covenant on Civil and Political Rights guaranteed the right to freedom of expression as we as not bring subjected to arbitrary detention, including Articles 14 and 32 of the Arab Charter on Human Rights, which guaranteed criminalization of arbitrary detention and restricting freedom of expression.

The Mauritanian authorities should stop their practice of arbitrary arrests on the grounds of expressing opinion or detention without a legal basis and to fulfill their obligations to the United Nations Basic Principles on the Protection of Public Liberties.

It is necessary to immediately and unconditionally release all those who were detained. These arrests, targeting journalists and bloggers, constitute a major setback towards allowing freedoms, and imposing restrictions on the freedom of the press in the country.

Euro-Med Monitor concluded its statement by renewing its call to the Mauritanian authorities to review their internal laws regarding the space given to activists and journalists to conduct their work, stressing that the internal laws should include freedom of expression, reserve the right to peaceful assembly for all, and guarantee freedom of media work without restrictions or prosecution.