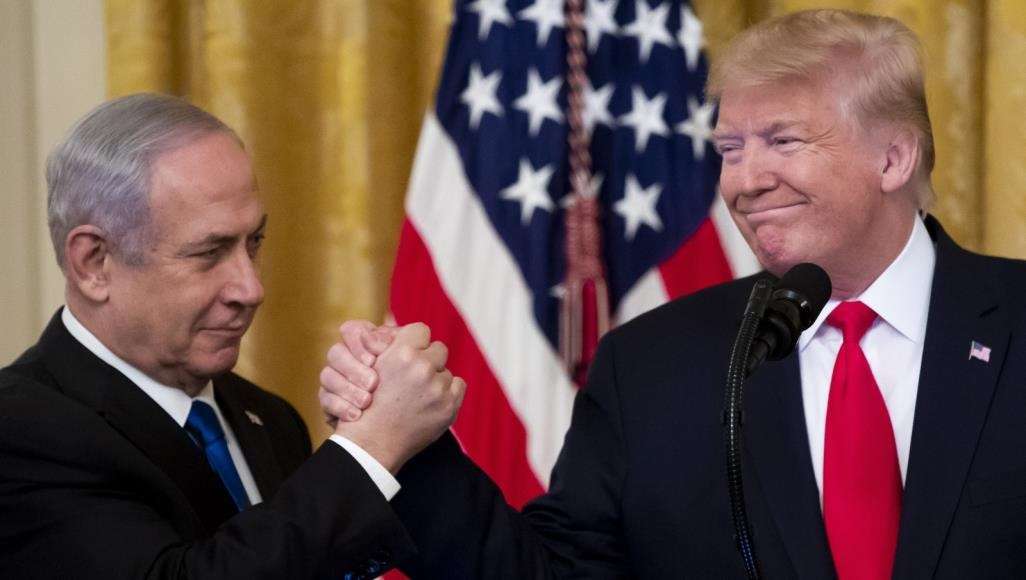 GENEVA - The Euro-Mediterranean Human Rights Monitor followed the US President Donald Trump's announcement of a plan to solve the Palestinian-Israeli conflict entitled "Peace for Prosperity" which was celebrated by Israel and rejected by the Palestinians.

The Geneva-based Euro-Med Monitor highlighted in a press statement on Wednesday the American plan, which reveals striping Palestinians of their rights in violation of international law, which may cause more suffering and violations in the occupied Palestinian territories.

The Chairman of the Euro-Med Monitor, Ramy Abdu, considered that the main points of the plan suggest that it is one-sided in favor of Israel, in particular granting it the full sovereignty over Jerusalem and giving it the green light to annex large areas of the West Bank and imposing its sovereignty on the major settlement blocs in violation of international resolutions that consider settlements illegal and call for their removal, including United Nations Security Council Resolution 2334 in December 2016.

Abdu stressed that the failure to address the issue of more than five million Palestinian refugees in a responsible and fair manner reveals how this American proposal is faulty, which makes the chances of achieving peace under this plan unlikely.

Abdu emphasized that any plan that is not based on international law and guarantees the Palestinians’ right to self-determination, based on ending the Israeli military occupation, the right of Palestinian refugees to return, and the dismantling of Israeli settlements, is doomed to fail.

Abdu pointed out that the American plan constitutes a violation of the United Nations resolutions regarding the Arab-Israeli conflict, in which the proposed Palestinian state has been transformed into an isolated cantons, giving the Palestinians a state without borders or crossings, as everything in this state remains subject to Israeli sovereignty and control, thus violating the principles of the International humanitarian law.

The Euro-Med Monitor called on the international community, especially the European Union, to reject the American plan, especially with regard to giving Israel the green light to annex more Palestinian land, which constitutes a violation of international law and a dangerous indication of more violence in the region.

In this regard, the organization pointed out the need to adhere to the position of the European Union Council issued in 2009, and to ensure the adoption of a set of conclusions on the Israeli-Palestinian conflict regarding reaching a two-state solution, including the EU’s announcement of not recognizing any changes to the pre-1967 borders such as in Jerusalem other than what agreed upon by the two parties.The EU has never recognized the annexation of East Jerusalem and assured previously that the state of Palestine’s capital should be in Jerusalem.

In this regard, the Euro-Med Monitor warned against using the American plan to provide a cover to protect Israel and deny the Palestinians justice, given the announcement by the Prosecutor of the International Criminal Court last December that the preliminary investigation conducted in Palestine concluded that war crimes had been committed in the Occupied Palestinian territories, and that a comprehensive investigation should be conducted as soon as the territorial jurisdiction of the court is confirmed.