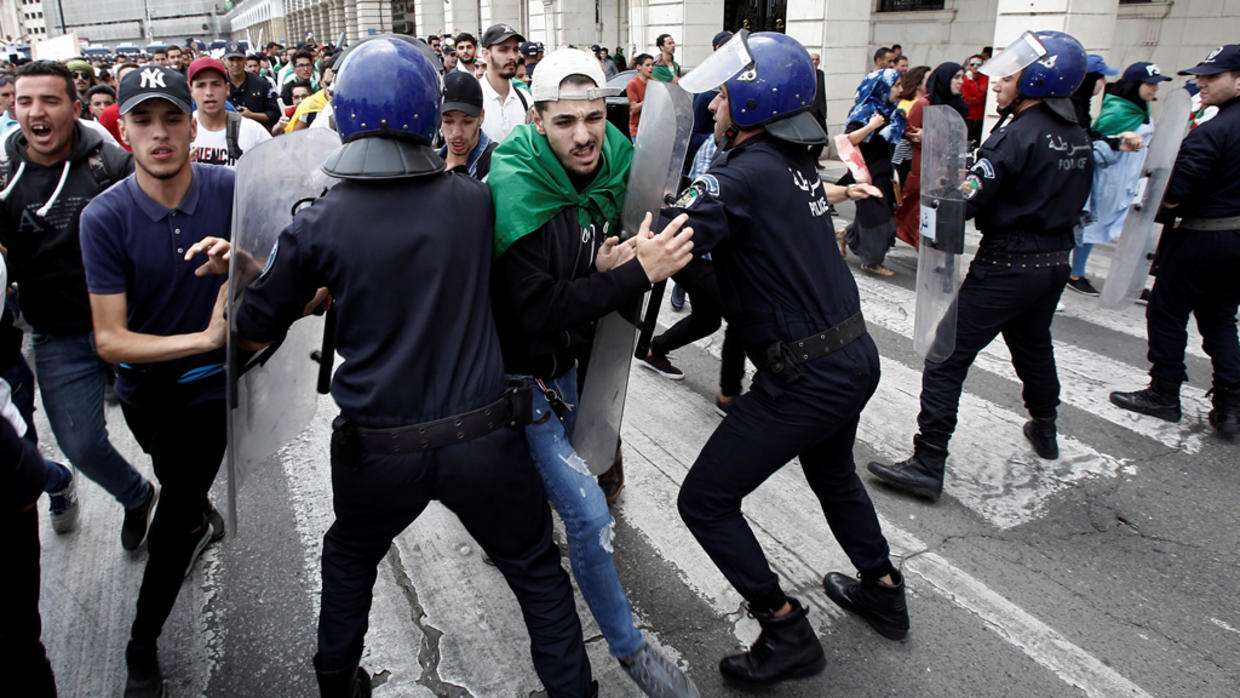 GENEVA - The Euro-Mediterranean Human Rights Monitor said in a statement on the first anniversary of the outbreak of the popular protests movement in Algeria that the country's ruling authorities should release all detainees of peaceful protests who were arrested over expressing their opinions.

The Geneva-based organization stated in a press release that the Algerian people should be given the chance to express their aspirations for a true democratic change that guarantees the protection of public freedoms, the right to peaceful assembly and the peaceful transfer of powers.

The huge Algerian street protests movement, called “Hirak”, will mark its first anniversary next week by organizing marches for the 53rd week in a row. The movement that brought down President Abdelaziz Bouteflika last year after 20 years in power has not been able to stop the election of president Abdelmadjid Tebboune, and establishing his administration and governing the country. Tebboune made formal promises of adopting policy reforms and improving freedoms yet he continues to arbitrarily arrest dozens of protestors without any legal justification.

Euro-Med Monitor confirmed that the government’s refusal to release prominent activists and its repression of peaceful marches in some cities raise questions about the credibility of Tebboune’s promises to expand civil and political liberties.

The ongoing mass protests began on February 22, 2019, when thousands of Algerians demanded the exclusion of President Abdelaziz Bouteflika from running in the elections. After his resignation in April, the movement continued to pressure the authorities through large demonstrations in several cities calling for a more pluralistic democratic system of government.

It was noted that the authorities dealt peacefully with the protest at first, but they began arresting protesters at the beginning of June. The crackdown increased in September by arresting dozens of leaders of the popular movement.

Euro-Med Monitor said many activists and leaders of the Hirak are still in pre-trial detention, including Abdel-Wahab Farsaoui, Karim Tabou, Fadil Boumala and others.

Nada Nabil, Euro-Med Monitor spokeswoman, said seeking protection by adopting constitutional and democratic changes is not a real step as the authorities need to take real steps to prove separation from the horrible security practices of the former regime.

Nabil expressed her fears repeating the same policies of the former regime, controlled by military power, which suppresses freedoms, and does not recognize the right of citizens to participate effectively in the institutions of government in the country.

Euro-Med Monitor urged the Algerian authorities to stop suppressing the protests, end arbitrary arrests and trials of peaceful demonstrators, release all prisoners of opinion immediately, and launch a comprehensive national dialogue to pave the way for democracy and preserve freedoms for all Algerians.

It also stressed that the "International Covenant on Civil and Political Rights", which Algeria ratified in 1989, and the "African Charter on Human and Peoples' Rights" call for respecting protests of peaceful protesters who carry slogans during weekly demonstrations.