Iraq: Draft resolution on freedom of expression and IT crimes is against freedom calls 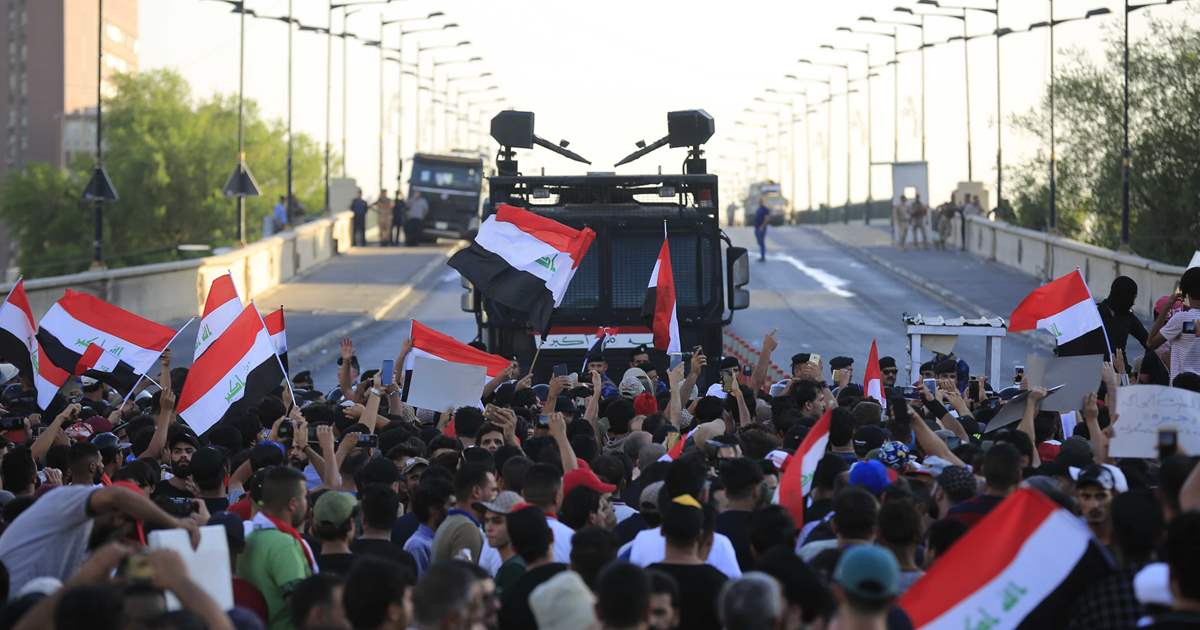 Geneva-the Euro-Mediterranean Human Rights Monitor called on the Iraqi Parliament to cancel the vote on the adoption of “freedom of expression and information technology crimes” law for the great risk it poses to public freedoms in the country. The organization noted that the proposed law is considered a breach of relevant international laws and conventions.

The continuing efforts of adopting the law goes against popular protests by the Iraqi people which broke out in October last year where one of the most important demands of the protests was safeguarding freedom of opinion and expression.

Euro-Med Monitor warned against the dangers of retracting from the path of freedom of opinion and expression in Iraq in the event of the adoption of the law, as it imposes severe penalties of broad charges that bear loose interpretations and could be used as a revenge against opponents and to prevent peaceful protests.

The draft law establishes the path for abuse of power and having a state of repression, muffling mouths, and restricting public freedoms such as freedom of expression and peaceful protest, especially in its current form which contains loose and unspecified texts that include permissible rights and actions punished by harsh penalties in a way that goes beyond committed crimes.

Euro-Med Monitor mentioned several notes on the freedom of opinion and expression law, which was proposed at first in 2011, and the Chamber of Deputies refused to pass it more than once, because it contains many fallacies, and due to its lack of knowledge of all aspects of rights stipulated in international and Iraqi laws.

The draft law contains many repeated and contradictory sentences and it lacks accuracy when it comes to the use of vocabulary of freedom of expression as it uses broad terms such as "in a way that does not violate public order or public morals", which is inconsistent with the nature of Iraq's obligations towards the ratified conventions and agreements, as well as the lack of consistency with articles of the Iraqi constitution and its distance from human rights principles.

The bill went far away from its main subject. The law addressed the right to information and scientific research, which are well placed. It combined freedom of assembly with freedom of peaceful demonstration, despite the existence of explicit legal articles in the constitution that differentiate between their nature and purpose. The fact is that assembly and demonstrations are only means or tools for expressing opinion.

The draft law restricts freedom of expression and assembly, and greatly detracts from it, which is inconsistent with the content of the law as stated in Article 2, which guarantees and regulates freedom of expression of opinion. It also violates Article 21 of the International Covenant on Civil and Political Rights, which states that: "The right of peaceful assembly shall be recognized. No restrictions may be placed on the exercise of this right other than those imposed in conformity with the law and which are necessary in a democratic society.”

The bill includes conflict between the powers of the Office of the High Commissioner for Human Rights and the judiciary, while the final and general provisions came under penal rules that seized the spirit of the Freedom of expression Act, and included restrictions on the right to freedom of expression as well as its violation of article 46 of the Iraqi Constitution.

Euro-Med Monitor’s researcher Omar Abdullah said that the bill seems to aim at imposing brutal and tough sanctions as a new repression tool against freedom of opinion and press for the purpose of muffling mouths, in violation of the Iraqi constitution and international human rights law.

Abdullah expressed his deep concern that the bill would be approved as a political deal to curb public freedoms, and to develop new legal means of repression that can be easily applied to anyone which means criminalizing people.

Euro-Med Monitor urged the Council of Representatives of Iraq to cancel the law's submission for approval, and to emphasize the maintenance and protection of freedom of expression by stopping any repression mechanisms over peaceful gatherings or opinions expressed on social media and the Internet.