After Turkey Announcement, EU Should Take Necessary Measures to Ensure Safety of Newcomers 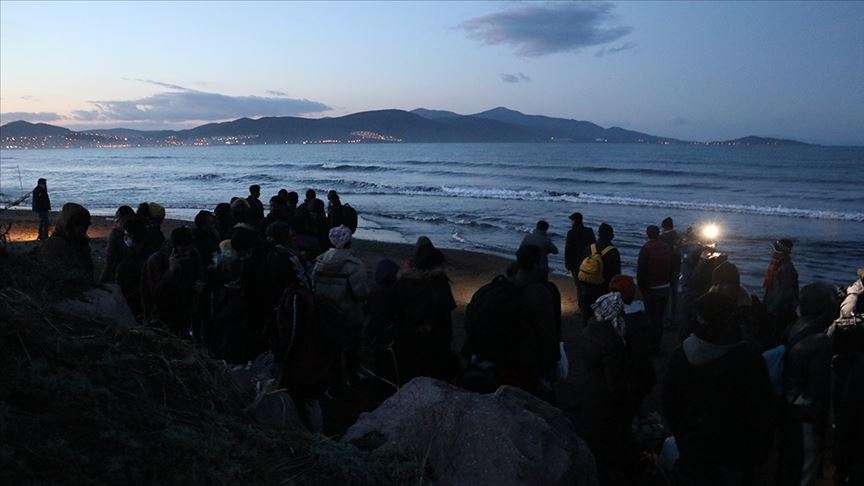 The Euro-Med Human Rights Monitor is following with great concern Turkey's announcement that it will no longer stop Syrian refugees from reaching Europe, in light of recent developments in Idlib that increased the flow of refugees to Turkey.

After Turkey's decision to open way to Europe, Coordination amongst EU members states and the international community is critically urgent to provide safety to Syrian refugees and ensure they won't be subject to any harm or exploitation, Euro-Med Monitor stressed.

The human rights organization also emphasized the significant urgency to recognize the suffering and mortal dangers Syrian refugees and asylum seekers of other national backgrounds are fleeing from when addressing the issue of their migration to Europe, which necessitates creating immediate mechanisms for their absorption and sheltering from danger.

Since December 2019, around one million civilians escaped from Idlib to areas close to Turkish borders after the Russia-backed government of Syria violently took control over areas previously ruled by Syrian rebels, which created a grave humanitarian crisis in the war that's been going for nine years.

Euro-Med Monitor warned against any form of violence of discrimination against Syrian refugees trying to reach Europe from Turkey, which has dealt with the refugee crisis by adsorbing more than 3.7 million Syrian refugees and says it spent over $40 billion on the refugees. Turkey cannot on its own bear the full burden of such significant number of refugees, Euro-Med Monitor reiterated.

Therefore, Euro-Med Monitor calls on EU member states to immediately provide a safe passage for Syrian refugees attempting to reach Europe during the alarming escalations in Syria, and to ensure that refugees won't be subject to exploitation or human rights violations in European countries between Turkey and Western Europe; such as Greece, Hungary, Bosnia and others.

Euro-Med Monitor also calls on EU member states to urgently create a mechanism for fair redistribution of Syrian refugees proportionate to the capacity and wealth of EU member states, in order to avoid overwhelming less advantaged EU countries such as Greece with the full burden of new arrivals.

Finally, Euro-Med Monitor calls on the EU to increase its financial support to the Turkish government and international organizations working to provide safety and security to Syrian refugees.