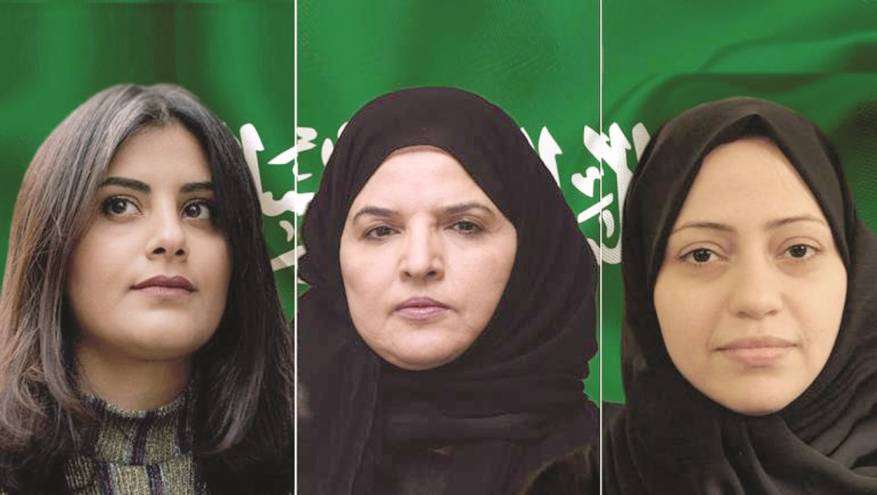 The report documented the Saudi authorities’ violations of domestic and international laws, through repression that not only affects men but also women who demanded their rights in addition to human rights defenders. They were arrested and abused for charges related to expressing opinion or participating in peaceful assemblies.

The Saudi authorities not only targeted women in their campaigns, but also diversified their methods of suppression through noticeable tightening of legal penalties, increased arrests on the background of freedom of opinion and expression, and the prosecution of activists working in civil society institutions, in addition to threatening women's rights activists with imprisonment and torture. This also included long-term arbitrary detention without charges or trial.

The reforms adopted by the Saudi Crown Prince Mohammed bin Salman are contradictory to the actual reality of human rights in the country as tightened security targets anyone who criticizes government policies.

The violations against Saudi women still affect their most basic rights such as the right to drive a car, the right to travel, obtain a passport, choose a husband, and have access to health care.
Euro-Med Monitor revealed that the Absher application, which is the only platform through which women can travel or obtain a passport in Saudi Arabia still prevents women from traveling or obtaining a passport without obtaining a permission from their guardian because it was not updated by the Saudi Ministry of Interior.

The report highlighted the continued subjection of Saudi women to a specific system that depends on many traditions that the state calls the Male Guardianship System. The system deprives women of decision-making without the consent of their guardians, which might be her father, husband, or even male relatives, and in some cases it could be her brother or son is in case she does not have older male relatives. Euro-Med Monitor has documented some cases of Saudi girls who have been forced into marriage.

The report also reviewed cases of Saudi women who were detained and tortured by providing testimonies and information by detainees, local activists, relatives of detainees, and others.

In May 2018, Saudi human rights activist, Lujain Al-Hathloul was arrested on charges of violating religious and national constants, in addition to supporting suspicious external parties. She was forcibly taken to an unknown location and deprived of her rights to defend herself, including preventing her from hiring a lawyer.

According to Al-Hathloul's relatives, during her detention, she was subjected to the most severe forms of torture.

In April 2019, the Saudi authorities arrested author, Khadija Al-Harbi who was in her last months of pregnancy. It is likely that her birth took place at a prison in poor health conditions, noting that no news about her has been obtained since then.

In February 2020, Saudi authorities arrested a young artist, Asayel, for several days, against the background of launching a rap song called Bint Makkah, where she was interrogated and detained on charges of "violating public order, religious values , and public morals."

Euro-Med Monitor called that the Saudi authorities, in light of their international obligations, to adhere to all human rights standards in their legislative, executive and judicial procedures regarding the fundamental rights of Saudi women, the arbitrary arrest of women, or the conditions of their detention.

In this regard, the organization stressed the necessity of the immediate release of female detainees, the dismissal of all charges against them, which affected them because of carrying out legitimate activities, noting that authorities should provide a fair compensation.

The report called for ensuring fair trials of all detainees, including women, and enable them to have the right to defense in line with the standards and principles of international human rights law. The report urged to take real reforms to empower Saudi women to have their basic rights, by lifting restrictions imposed on their fundamental freedoms, amending the legislative system related to women to help them enjoy all their rights, and conduct a comprehensive investigation into all allegations of torture and degrading treatment, and bring those responsible before justice.