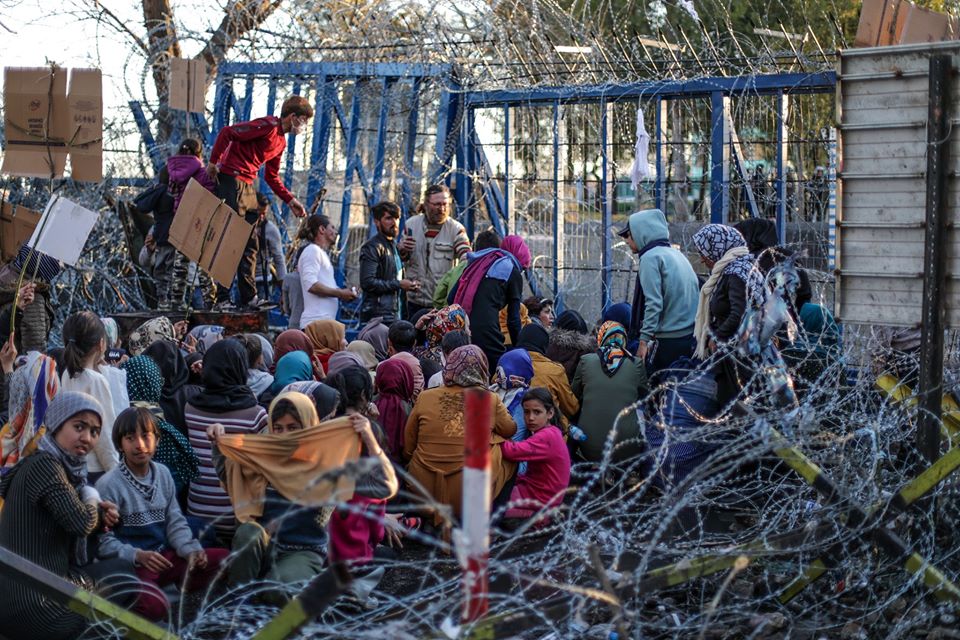 Geneva – Fears of the spread of the novel Coronavirus in refugee camps and detention centers among asylum seekers and migrants in Europe raise a grave concern. Governments are responsible for taking immediate action to ensure that refugees receive health care and appropriate protection, the Euro-Mediterranean Human Rights Monitor said in statement.

Severe overcrowding and poor living conditions make refugee camps and detention centers for asylum seekers and migrants, especially on Greek islands, very dangerous places where the possibility of the spread of Coronavirus remains high in light of the absence of any declared emergency plan to protect them. The vast majority of refugee camps and detention centers in Europe lack general safety conditions such as sanitation and sewer systems and do not have adequate testing centers nor medical care, which raises infection rates, as Coronavirus is spreading at record rates in most European countries.

For instance, the Moria Refugee Camp in Greece, which hosts four times more refugees than its capacity, where 12,000 people live in tough conditions that do not meet international standards such as the lack of hygiene, medical care and support for at-risk groups.

The lack of insufficient resources and specialized staff in Moria and other refugee camps and detention centers in Greece further aggravate the seriousness of the conditions of refugees in addition to the lack of mechanisms to ensure health examinations to detect diseases in line with respecting human rights of refugees and preserving their dignity.

According to Médecins Sans Frontières International, there is a high risk that Coronavirus will spread in the refugee camps in Greece where refugees are already suffering from untreated respiratory diseases and a severe food deficiency. In some parts of Moria Camp, there is only one water tap for every 1,300 people and no soap is available, which means simple preventive measures such as frequent hand washing and social distancing to prevent the spread of the virus is impossible.

The Greek government terminated the Greek social security system for refugees and undocumented persons last July. In addition, a new legislation passed last November that was supposed to grant asylum seekers temporary access to health care has not yet been implemented yet. Latest figures show that approximately 75,000 migrants arrived in Greece during 2019.

Greece and the rest of Europe should initiate a plan that includes strict measures to prevent and combat the Coronavirus infection among refugees, asylum seekers and migrants, including evacuating camps and detention centers on the Greek islands and transfer them to appropriate housing before it is too late.

The European countries bear the responsibility to apply basic care standards for all refugees and asylum seekers, in accordance with European law and international standards that call for treating asylum seekers with dignity and decently, especially granting them access to health care. International law ensures that every refugee and migrant is entitled to have a hospitable environment and high-quality health care services when necessary without discrimination. The rapid availability of health care services can lead to individual treatment and avoid the spread of the epidemic, which means that it is in the interest of refugees and the countries that receive them alike.