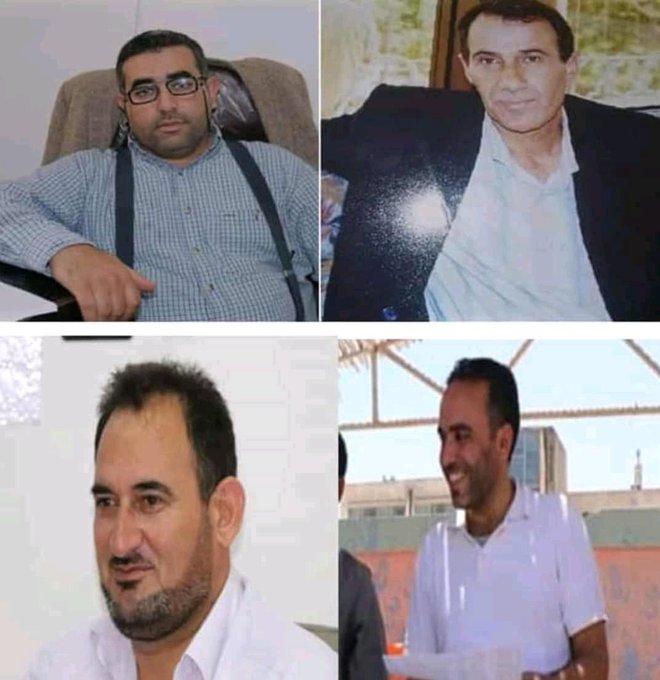 Geneva - The Syrian Democratic Forces (SDF) should release four activists who had been in detention for about a month, in a new violation of freedoms in SDF-controlled areas in north-eastern Syria, the Euro-Mediterranean Human Rights Monitor said in a statement.

SDF arrested the director of ENMAA organization, Ahmed Al-Hashloum, the Chairman of the Board of Directors of Together for Algarnya organization, Omar Al-Khamri, and the coordinator of the FURAT Project, Jamal al-Mabrouk, and Nizar Al-Okleh, from Future Makers Team between February 12 and March 3, 2020. The four of them were arrested separately and were taken to unknown places, without informing them or their families of any clear reasons or charges for their arrest.

The arrested activists work as civil society activists in the city of Raqqa in northern Syria in October 2017 and that controlled by SDF with support from the International Coalition Forces, after fierce battles with the Islamic State (ISIS), which led to the destruction of most of the city's neighborhoods.

SDF had previously arrested Ahmed Al-Hashloum, Jamal Al-Mabrouk, and Nizar Al-Okleh. In the meantime, Omar Al-Khumri suffers from a terminal illness and needs a special medical care, which raises fears about his health inside SDF’s notorious detention centers.

SDF applies a policy of unlawful detention against any opposition to its practices or policies, and specifically aims to silence civil society and legal voices in order to maintain its violations against the civilian population in its areas of control without accountability.

The group was established in the city of Qamishli, in northern Syria on October 10, 2015. Back then, SDF defined itself as "a unified national military force for all Syrians: Arabs, Kurds, Assyrians and all other components", and its aim to eliminate the "Islamic State". However, the actual formation of these forces reveals the exact opposite. Kurds constitute 70% of its formations, while Arabs and other groups constitute only 30%.

The Group’s record is full of gross violations of human rights. The arrest of the four activists is only is part of a series of arrests that deliberately undermine civil society work and public and basic freedoms in its areas of control in northeastern Syria.

SDF is not authorized to carry out arrests in light of the absence of a competent judicial authority or any legitimate base for its forces, which makes their detention of civilians fall under enforced disappearance, which is strictly prohibited under international law, which should not be applied under any circumstance, even in the event of an emergency such as during conflicts and wars.

Article 7 of The Rome Statute describes enforced disappearance as a crime against humanity if it is committed in the context of a broad attack, or a general policy as is the case with SDF. In addition, Article 5 of the International Convention for the Protection of All Persons from Enforced Disappearance deems the practice as a crime against humanity.

The crime of enforced disappearance violates a set of other rights such as the right of individuals to recognize their legal personality and freedom and security, and to have access to judicial guarantees and a fair trial, as well as the right of families of victims to know the circumstances of their children, as stated by the provisions of the Universal Declaration of Human Rights (UDHR) and the International Covenant on Civil and Political Rights (ICCPR).

“The USA, a main party of the international coalition and the most prominent supporter of SDF,holds much of the responsibility of the continuity of these practices that are contrary to international law,” said Mohammad Imad, a legal researcher at Euro-Med Monitor. “It is unacceptable to provide military and logistical support to groups that practice killings and kidnappings and violate the most basic rights of civilians under its rule on a daily basis and undermine civil society activities.”

Imad added that the continued silence of the international coalition gives implicit cover to SDF to continue its horrific violations against civilians, which often constitutes crimes against humanity, which requires bringing those responsible accountable before the International Criminal Court (ICC).

The international coalition should uphold its legal and ethical responsibilities to curb the practices of SDF, by pressuring it to stop its violations against civilians in its areas of control, and not to restrict the right to carry out civil activities. The United Nations Security Council should adopt a position regarding the continuing violations against civilians in north-eastern Syria, including instructing the international coalition to stop all forms of support for SDF and to form adhoc investigation committees to document violations and present them to relevant international bodies in preparation for the prosecution of those responsible for violating international law rules and provisions and to hand them proper penalties based on the crimes they committed.