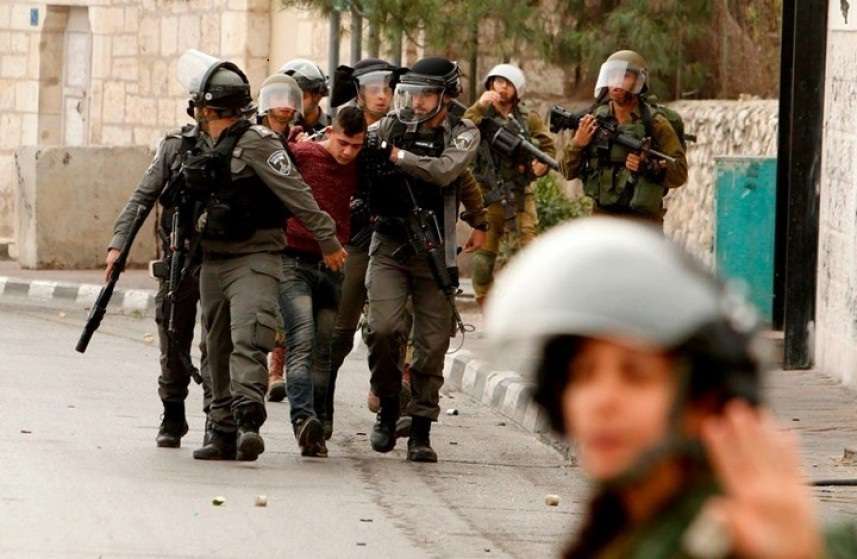 Palestinian Territories- In the midst of global preoccupation with combating the outbreak of the Coronavirus COVID19, the Israeli forces continue to storm Palestinian cities, assaulting the civilian population, without taking any preventive measures, and completely ignoring the dangers this behavior might cause in light of the spread of the infection in Israel.

The Euro-Med Monitor followed with a great concern reports of suspicious behaviors of Israeli soldiers and settlers, during the storming of Palestinian houses, as some of them spat at parked cars, ATMs and shop locks, which raises fears of deliberate attempts to spread the virus and cause panic in the Palestinian society.

Since the Palestinian government has declared a state of emergency in the Palestinian Territories on March 6, 2020, as a preventive measure to control the outbreak of the novel Coronavirus, the Euro-Mediterranean Human Rights Monitor has documented carrying out 207 Israeli incursions into Palestinian cities in the West Bank and East Jerusalem.

These incursions included the arrest of 191 Palestinians, attacks on dozens of others, and demolishing Palestinian houses. The majority of these operations took place without any preventive measures and without soldiers wearing appropriate masks to prevent the spread of the virus.

During the same period, Israeli settlers carried out 19 infiltrations into Palestinian neighborhoods in the West Bank, along with carrying out attacks on the Palestinian population and their property.

The Euro-Med Monitor considers that Israeli practices hinder Palestinian preventive measures to counter the spread of the virus, and a threat of the quarntine measures and social distancing adopted by the Palestinian Authority, in line with instructions issued by the World Health Organization (WHO).

Anas Aljerjawi, the Euro-Med regional director for the Middle East and North Africa, said that the suspicious practices of the Israeli forces during the storming of Palestinian cities would reinforce assumptions of hostility of the Israeli army and settlers against the Palestinian population.

Aljerjawi stressed the need to stop illegal Israeli violations in the Palestinian Territories, especially at a time the world suffers from the novel Corona pandemic, pointing to the dangerous role of the Israeli incursions in raising the possibility of spreading the infection among the Palestinian population in the West Bank and East Jerusalem.

The danger of these incursions lies in light of the spread of the Coronavirus in Israel, and the death of 16 Israelis, as 4,500 others tested positive, which means that every incursion of the Israeli forces or settlers represents a potential danger of spreading the virus in the Palestinian areas.

The Euro-Med Monitor indicated that Palestinian detainees face the risk of being infected with the virus as a result of direct contact with Israeli soldiers, or during investigations, as four detainees were suspected of being infected and were isolated in an Israeli prison.

The Euro-Med Monitor stated that while all countries are trying to ensure security and increase health measures and supplies to prevent the outbreak of the pandemic, on March 26, 2020, the Israeli forces confiscated eight tents in the northern Jordan Valley, two of which were set up as health clinics, and four others were built as shelters for citizens in the event of an emergency.

Since Monday morning, 23 March 2020, the Israeli authorities began deporting thousands of Palestinian workers working in Israel to the West Bank cities through checkpoints, after some of them showed fatigue and high temperatures. Most of the deportations took place without medical examinations or special arrangements with the Palestinian authorities, to ensure that workers are treated and examined upon return to ensure their well-being, which amounts to racial discrimination.

These practices pose a public health threat and makes it easier to spread COVID19 among Palestinians.

It is worth noting that the only death because of Coronavirus in the Palestinian Territories was a woman who had been infected by her son, who works in Israel. A large number of the 109 Palestinians infected with Coronavirus were infected during work in Israel or Israeli settlements in the West Bank.

The Euro-Med Monitor holds Israel, as an occupying Power, fully responsible for these dangerous practices, and demands an immediate cessation of these practices. The Geneva-based organization urged the international community to act and shoulder its responsibilities to protect Palestinians and force Israeli forces to stop incursions that threaten preventive measures taken by the PA to control the outbreak of the Coronavirus.

The Euro-Med Monitor called for investigating the suspicious behavior of a number of soldiers and settlers, which appeared to be an attempt to spread the infection and hold those responsible to account.