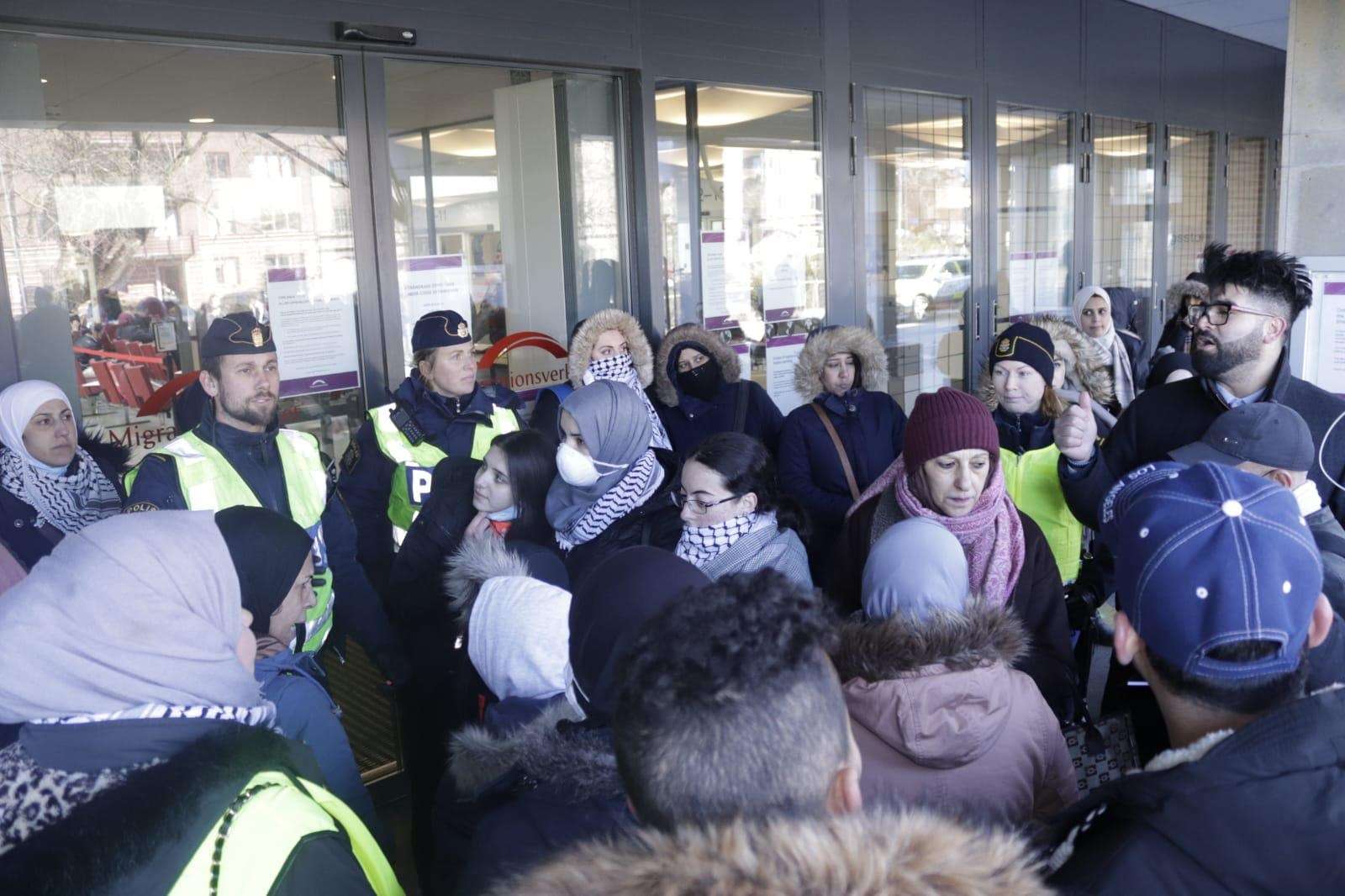 The Euro-Mediterranean Human Rights Monitor sent an official letter to the Swedish Minister of Foreign Affairs, Ms. Ann Linde, expressing great concern with the situation of asylum seekers in Sweden during the ongoing pandemic of Covid-19.

“As the virus poses an unconventional threat to all people around the World, we see a growing urgency that Sweden should grant temporary citizenship rights to all asylum seekers, refugees and migrants in its custody in order to ensure non-discriminatory access to social security and health care to all,” the letter emphasized.

The Euro-Med Monitor’s letter warned that the living conditions of asylum seekers, particularly those facing deportation, are greatly concerning in relation to the spread of the Novel Coronavirus, Covid-19.

“Our team recently documented that since last December, growing numbers of rejections were issued by Migrationsverket against Palestinian asylum seekers’ petitions to obtain residence permits or renew existing ones. This provoked a number of protests including sit-ins and even hunger strikes,” the letter elaborated, “by default, rejected asylum seekers and refugees who face deportation lose their housing benefits, monthly allowances and other services, which essentially renders them extremely vulnerable to the spread of Covid-19. This not only compromises their safety and well-being but also that of the overall Swedish population, as one infection can exponentially spread to countless others.”

Similarly, the letter reiterated how the so called “asylum shoppers” – people who go in hiding for 6 months until they are no longer subject to the Dublin Regulations – are at extreme risk of exposure to the virus. “Many asylum shoppers have to perform black labor to sustain themselves during hiding. As the remuneration of such labor is often meager, many end up living in poor and unsanitary conditions including overcrowded housing,” the letter pointed out, “This alarming situation necessitates on the Swedish government to immediately provide both groups with access to all necessary services and benefits during those hard times.”

Euro-Med Monitor asserted that the International Covenant on Economic, Social and Cultural Rights – which Sweden ratified in 1971 – stipulates that everyone, including those in custody, has the right to “the highest attainable standard of physical and mental health,” which entails taking steps towards the “prevention, treatment and control of epidemic, endemic, occupational and other diseases.”

“This essentially dictates that no person should be deprived of the right to health and life merely because their residence status is being contested or their appeals haven’t been processed yet,” the letter warned.

Finally, Euro-Med Monitor highlighted the example of Portugal, which announced last Saturday that it would treat all migrants as permanent residents in order to ensure their full access to public services during the coronavirus outbreak, until at least July 1, 2020. The Portuguese Minister of Internal Affairs, Eduardo Cabrita, explained his government’s decision by reiterating that it’s "important to guarantee the rights of the most fragile, as is the case of immigrants… It is a duty of a society of solidarity in times of crisis to ensure that immigrant citizens have access to health and social security."

“With such commendable initiative in mind, the Euro-Med Monitor calls on the Swedish government to assert moral responsibility and respect for international human rights laws, by undertaking similar steps that guarantee the safety, well-being and dignity of all people within its borders,” the letter concluded.