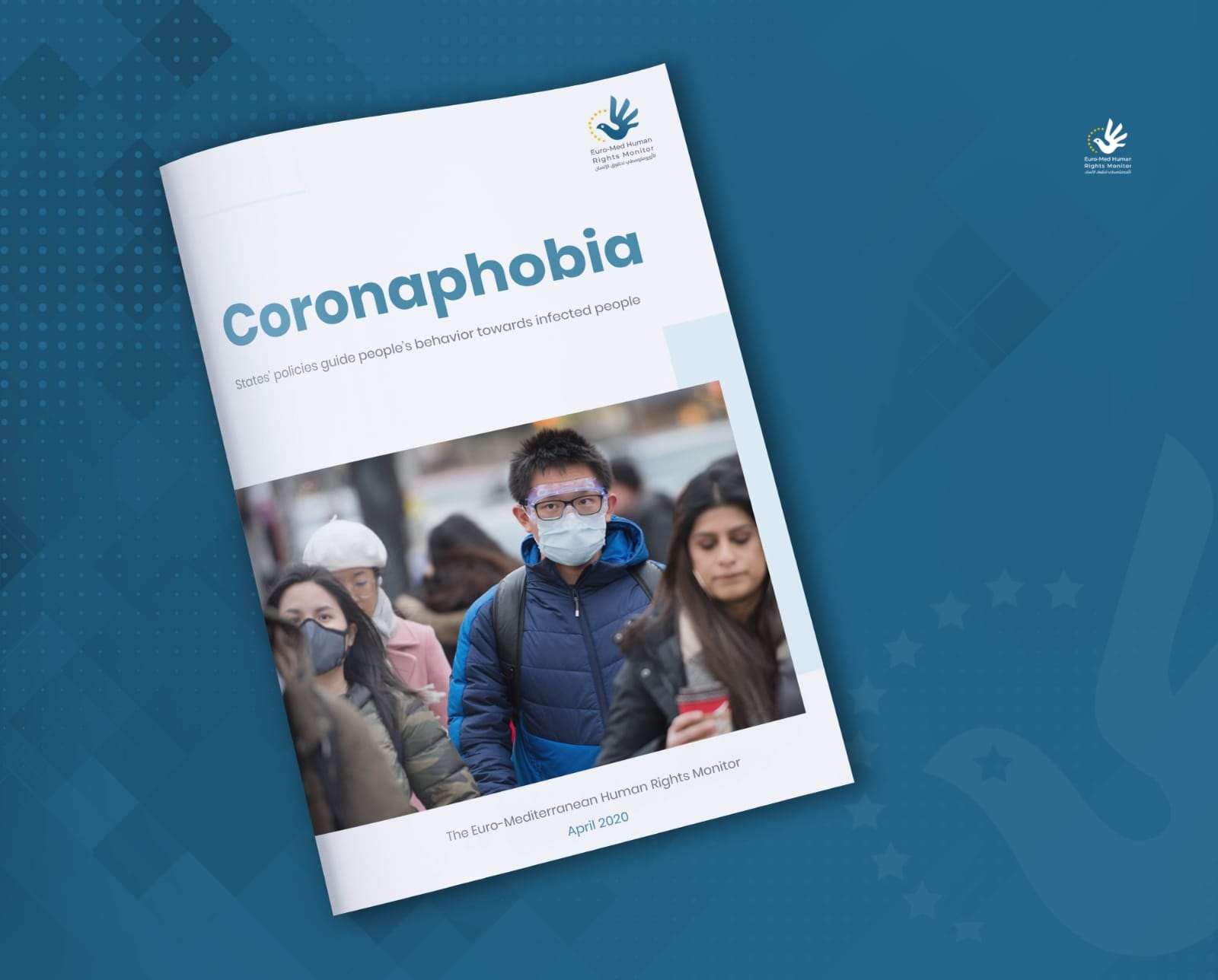 Geneva – Racism-based bullying is on the rise as the novel coronavirus (COVID-19) rages across the globe, finds the Euro-Mediterranean Human Rights Monitor in a new report.

Reflecting animosities that may continue to erode the social fabric long after the infection subsides, reports are surfacing of people becoming the subject of discrimination and hate crimes due to their ethnicity, in the case of the Chinese, or infection status.

For example, activists and social media influencers have “outed” individuals who have tested positive for the virus, or even just those who are believed to be infected. Sometimes the disclosures are unintentional, but the result often is the same: stigma and discrimination as others seek to avoid them. The pall extends to their family members and, sometimes, victims have said, they are made to feel like criminals.

Other instances of ill treatment have focused on the Chinese migrant workers and travelers, because the virus first erupted in China late last year and spread through travelers. Migrant workers, in general, are among the most vulnerable to racism, often marginalized as “intruders.”

In its report, Euro-Med Monitor describes the policies some governments are implementing to discourage and punish bullying, xenophobia and hate crimes related to the coronavirus pandemic.

However, many other governments do not use available legal tools to stop bullying and racist rhetoric. The report reviews the most prominent cases, including violations of workers’ rights, in countries ranging from France, to Jordan, to the United Arab Emirates, to Qatar, to Israel.

Much of the bullying is caused by a lack of factual information about the virus, who it infects and the range of consequences. For example, many people exaggerate the mortality rate. The resultant discrimination can lead people experiencing symptoms of the disease to avoid seeking help, thus spreading the infection further.

It is critical during the pandemic for governments and people to differentiate between appropriate freedom of opinion and expression and abuse and violation of privacy. Euro-Med Monitor urges in the report an intensification of awareness campaigns to inform the public about the facts of COVID-19 and warn against bullying and victimization. NGOs can play a beneficial role, but governments must step up as well.

The report concluded that anti-bullying campaigns must focus on more than schools and children; bullying is a problem found among all segments of society.