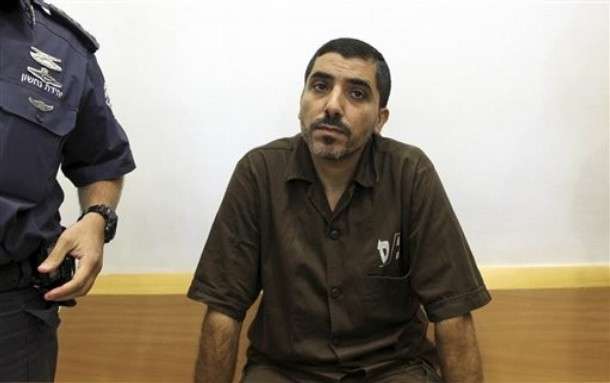 Euro-Med Monitor for Human Rights, in a statement issued Thursday 1st Feb., said that Israel intends by holding Abu Sisi in solitary confinement to cover up the involvement of European parties in the illegal circumstances of his abduction while in a visit to Ukraine back in Feb., 2011

Euro-Med Monitor, based in Geneva, expressed its deep concern over keeping Abu Sisi in a solitary cell, and banning him from communicating with other prisoners saying this contributes to Israel's intention to blur the details of kidnapping Abu Sisi inside the Ukrainian territories until he was handed over to Israeli Prison Service.

Euro-Med Monitor statement pointed out that Ukrainian authority's reluctance in holding a transparent inquiry into the abduction of Abu Sisi raises further suspicions among the kidnapped family and among human rights NGOs interested in his story.

In light of information by Abu Sisi's Ukrainian wife, Euro-Med Monitor's intensive correspondence with the Ukrainian interior and foreign ministries, and European official agencies,Euro-Med Monitor d statement stresses that it has become evident that "There are some other parties complicit with Israel in cover-up of the circumstances of kidnapping Abu Sisi".

Furthermore, Euro-Med Monitor called on the Israeli authorities to adhere to their deal with the prisoners that was brokered by Egypt; by which Israel agreed to cease its policy of solitary confinement against all Palestinian prisoners. Euro-Med Monitor warned given that Israel breaks its pledge with the prisoners, it means more Israeli violations against the international law, and the conventions related to prisoners which criminalize holding prisoners in solitary confinement.

Euro-Med Monitor for Human Rights, demanded the Ukrainian authorities to hold serious investigation into the circumstances of kidnapping Abu Sisi on its territories, and to transparently reveal the findings of its inquiry to the public and international opinion. By doing so, Euro-mid statement said, Ukrainian authorities will close the door before the indicators of being complicit with Israel in the cover-up of such a dreadful crime in gross breach of the international law.