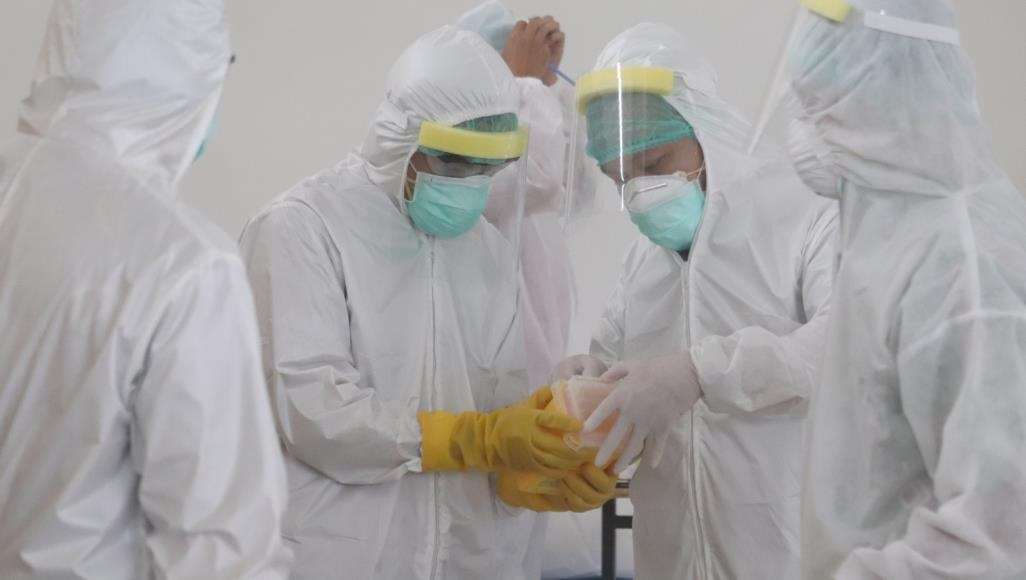 Geneva - The Euro-Mediterranean Human Rights Monitor issued an urgent memorandum revealing the exposure of medical personnel, especially in the Arab world, to bullying, discrimination, and a severe lack of protection gears while fighting a further outbreak of the coronavirus (COVID-19) pandemic.

While medical crews around the world are in the frontline fighting the spread of the coronavirus, which endangers the entire world, they are reportedly working in difficult conditions, lacking protection gears, and subjected to discrimination and hate speech in a number of countries around the world.

The Middle East and North Africa region witnessed a number of cases of such incidents. For instance, in Egypt, a dermatologist at Ismailia Hamiyat Hospital faced attempts by her neighbors to remove her from her home for contacting with people infected with COVID-19 at the hospital.

Doctor Dina Magdy said in a video she posted to Facebook, that she “called the police to help disperse citizens gathered around her house [who demand her to leave]”

In a similar incident, people in Shubra El-Bahou in Dakahlia Governorate, north of Egypt, gathered at the entrance of their village to prevent an ambulance carrying the body of a doctor who died from COVID-19. The villagers demanded the burial to be in Mitt al-Amel, the doctor’s home-town, while she is married to a man from Shubra El-Bahou, fearing that it might spread contagion, although the process was supposed to happen according to established medical procedures

Another similar incident took place in the village of Boulos in Kafr El Dawar in the Beheira Governorate, northern Egypt, when the villagers refused the burial of a mother of a doctor who died from coronavirus. However, the burial was enforced after the security services intervened.

According to reports, the doctor, who is from the village and works at a hospital, was infected after contacting with a patient, then transmitted the infection to his mother, who was above 70 years old. She was transferred to quarantine hospital and died later. The villagers gathered and blocked the car that carried the body, refusing to bury her in the local cemetery over fears of transmitting the infection to the village.

Such incidents are not limited to the Middle East. The Japanese Disaster Medical Assistance Team (DMAT) that provided aid to Japanese nationals in Wuhan, China, was exposed to what has been described by the team as “bullying” adding that they “were treated like germs”, while their children were prevented from enrolling in kindergartens.

Several complaints reported bad working conditions in which the medical staff, including doctors, nurses and others, lacked necessary protective gears, and if available they are insufficient and in small quantities, which increases the risk of their infection.

Director General of the World Health Organization Tedros Adhanom revealed that some countries reported that 10% of health sector workers were infected with the coronavirus, while concern is growing that the pandemic is spreading more among medical staff around the world. More than a hundred doctors died in Italy from the coronavirus, fifty in Iran, twenty in Britain, while the numbers are growing rapidly, and reports indicate that more than 14,000 health workers were infected around the world.

Medical personnel’s presence at the first defense lines expose them to various risks, especially amid the absence of adequate prevention and protection gears in many countries, as they deal with infected people throughout their infection.

Euro-Med Monitors’ media coordinator, Nada Nabil, expressed appreciation for the great role of all medical teams for their great humanitarian role in dealing with this pandemic and responding to it. This is happening despite the severe risks to which they are exposed, including the loss of many members of these crews, or their infection.

“Medical personnel are under great pressures due to the intensive hours of work and being away from their families for long days,” Nabil said. “Authorities and governments must provide them with appropriate prevention and protection gears, and improve their work conditions, especially those fighting the coronavirus pandemic, and provide appropriate training to them on infection control,” she added.

She called on relevant authorities and media outlets to launch awareness raising campaigns among the public about the nature of the coronavirus pandemic and ways to deal with it, and correct misconceptions about the disease, thereby eliminating bullying, discrimination, and hatred.

According to the International Covenant on Economic, Social and Cultural Rights, governments are required of “the creation of conditions which would assure the existence of all needed medical services in the event of sickness.”

Accordingly, the Euro-Mediterranean Human Rights Monitor, calls on the relevant authorities to give justice to medical teams and provide them with compensations and suitable risk allowance, and reconsider the distribution of government budgets in terms of focusing on health, education, and research sectors, instead of armament and security.

Authorities and governments are more than ever required to activate laws to stop abuse against medical personnel, without violating the right to freedom of opinion and expression.