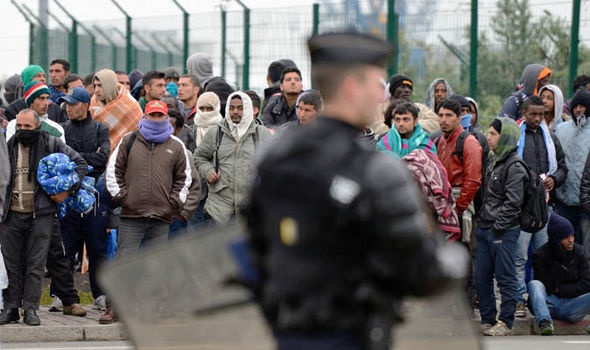 Joint proposal by the EU’s 4 largest countries to develop a binding mechanism for fair distribution of asylum seekers is a significant initiative that must be embedded in the EU Commission’s New Pact on Migration and Asylum, said the Geneva-based Euro-Mediterranean Human Rights Monitor. The proposal, if embraced, would save thousands of refugees from suffering in appalling conditions and would enhance intra-European solidarity by working towards an end to overburdening countries on the EU's external borders with asylum claims.

Earlier this month, the Ministers of Interior of France, Germany, Italy and Spain issued a joint initiative to tackle the predicament of asylum seekers’ overcrowding in EU Mediterranean countries such as Greece, Italy and Malta. The proposal was sent to Mr. Margaritis Schinas and and Ms. Ylva Johansson, the EU commissioners in charge of EU migration policy, to be included in the upcoming Commission’s New Pact on Migration and Asylum. It proposes improving redistribution mechanisms of refugees and asylum seekers to become binding for all EU member states, while allowing for some EU countries to exceptionally offer “other measures of solidarity” such as financial assistance as a substitute for taking in refugees if they provide properly motivated reasons.

The proposal also calls for a “Search and Rescue Solidarity Mechanism” of asylum seekers rescued at sea, which includes health, security, and identity pre-screenings to expedite their adsorption in host countries.

“For years we’ve been calling on the EU to embrace a binding redistribution mechanism that ends the disproportionate pressure on EU member states on the Mediterranean Sea basin and overwhelming of their asylum systems. The Joint proposal by the EU’s four largest countries is a significant opportunity to address this persistent dilemma,” said Muhammad Shehada, Euro-Med Monitor’s Europe Regional Manager.

Euro-Med Monitor calls on the EU Home Affairs Commissioners to urgently deliberate endorsing the joint initiative to better address the dangers and hardships facing refugees and asylum seekers during the Coronavirus. We also emphasize the indispensable urgency to calling on EU member states to loosen their restrictions on asylum seeking procedures during the pandemic and call on the EU to hold accountable any member state found in violation of its obligations towards fulfilling refugee rights and ensuring their safety and wellbeing.