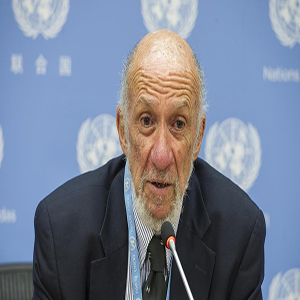 Richard Falk
Chairman of Board of Trustees 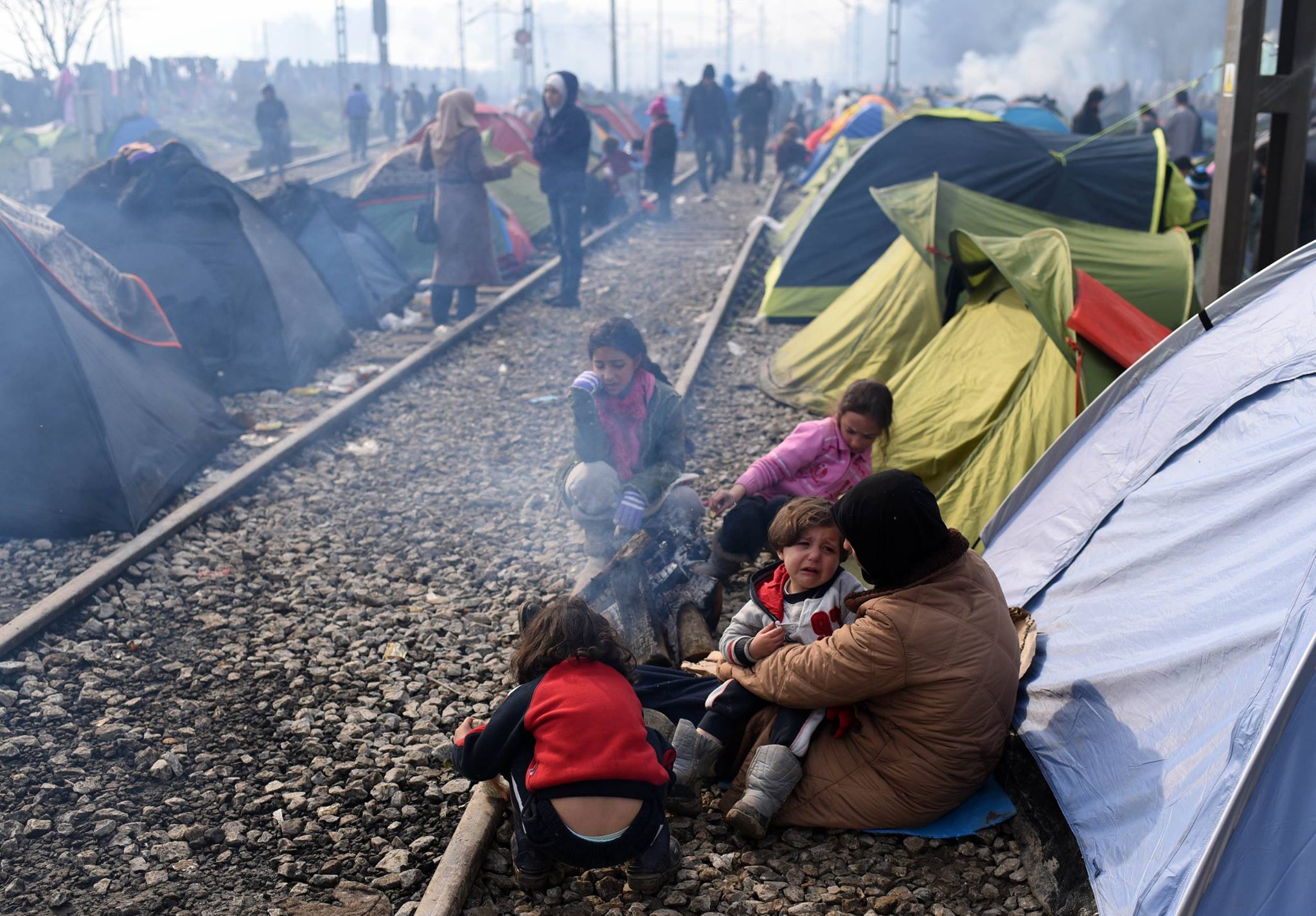 Recently reflecting on the plight of refugees fleeing war zones in the Middle East and migrants from sub-Saharan Africa and Central America I was struck by the analogy to ‘double jeopardy.’ As widely understood, double jeopardy is a procedural rule of criminal law that prohibits prosecution by a state of an individual more than once for the same crime. It is deservedly treated as a human right that protects persons from being harassed after judicial acquittal by repeated allegations of the same alleged crime. The International Covenant on Civil and Political Rights (1966) in Article 14(7) defines double jeopardy: “No one shall be liable to be tried or punished again for an offense for which he has already been finally convicted or acquitted in accordance with the law and penal procedure of each country.” (There are exceptions for acquittals tainted by fraud, confessions by the accused, and the wording of the rule should be corrected for its gender bias implying that it is only ‘men’ who could be victimized by vindictive re-prosecution).

For some years, the images of violent border security associated with keeping masses of needy refugees or migrants from crossing international boundaries to reach more peaceful or affluent countries in Europe or North America is what prompted me to sense an analogy to the kind of ordeal that exists when someone wins an acquittal after a long, emotionally and economically costly trial, and is then confronted by a new indictment for essentially the  same supposed criminal offense. In a well-administered democracy, the double jeopardy rule is taken for granted, and prevents such injustices from happening. But what of the world of refugees and migrants?

What made the double jeopardy comparison apt for me were these haunting images of doubling down on punishment of those who were not only innocent, but already victimized by circumstances beyond their control, and then again punished for acts that deserve empathy and accommodation, not punishment, if humanitarian values were extended to  refugees/migrants. My existential premise, borne out by some experience, is that persons almost never leave their place of birth and family residence without overwhelming provocation, and are especially hesitant to use their small saving and meager borrowings to embark on a voyage to a distant land with a different language and culture. Most of us, even if dissatisfied with conditions in our native land or our personal circumstances will still not voluntarily depart from the familiarities of family and friends, and of language, traditions, and nationality. Only circumstances of grave danger such as presented by ravaged combat zones or resulting from grinding poverty found in societies that confront residents and entire communities with gray horizons of hopelessness that offer neither safety nor security, can induce most persons to so uproot themselves. In other words, the motivation underlying the emotional reality of the overwhelming majority of refugees and migrants is one of desperation, of grasping at straws and escaping doom. Of course, the small nomadic elites of adventurers, exiles, and expatriates are examples of persons leaving their home countries not from necessity, but in pursuit of the exotic and the paradisiac.

This sad depiction of the decision to flee to safety or to search for economic security is then generally accompanied by a treacherous and harrowing journey that often drains the traveler of his or her small savings. Many trips end with death and illness for many in the group, or perilous trips across stormy seas or barren deserts, only to be confronted by a coercive ‘no’ in the form of barbed wire, walls, detention centers, and even live ammunition if and when the destination is reached. To be placed in detention centers with long waits may be the best that can be hoped for by such forsaken souls, often including young children, that experience the depths of insecurity in their homeland, and also along the way that reaches a negative climax when and if the national goal is ever reached.

I am not suggesting that this refugee/migrant experience is double jeopardy in a legal sense, but it seems to possess the same ingredients of the unjust repetition of indictment and prosecution, itself punitive, that is prohibited as a part of civilized behavior in a society responsive to the rule of law, and protective of human rights. It is a kind of morally grounded, culturally and spiritually debasing, and often life-threatening duplication of criminal prosecution without any account being taken of human dignity and fundamental innocence of those being victimized, or the ordeal of struggling against a criminal allegation.

And yet, moral outrage or a call for compassion does not acknowledge the complexity of the issues raised. Unlike the individuals accused of the same crime a second time, the refugee/migrant does not, as such, pose real threats to the countries that are being expected to act as benign hosts or to extend hospitality to strangers in need. This is notto say that a country does not have the right to deny entry to those with criminal records or contagious diseases, provided due process is accorded, and similarly have authority to insist that those who enter do legally.

We live in a state-centric world where international boundaries define the outer limits of community, which has not changed fundamentally no matter how much we hear cosmopolitan sermonizing and ecologically persuasive calls for planetary identity. In such a framework, the citizenry of a country feel threatened in various ways by the influx of large numbers of strangers, especially if their racial and cultural characteristics clash with that of the country asked to show hospitality or grant asylum. The reality of this resistance is producing extremisms of scapegoating and xenophobia, which make moderates search for compromises in the form of requiring lawful entry, quotas, job training, and language and civilizational educational resources. Given the scale of the challenge, and the unlikely emergence of greater receptivity, the main line of an effective and humane response structure should be a large investment in overcoming the conditions in foreign countries that give rise to massive displacement and large numbers of persons desperate to find more sustainable life conditions. Overcoming double jeopardy in these settings depends on a self-interested globalization of responsibility for achieving peace and security, as well as lifting the curse of poverty, and this requires the drastic reform of the way the benefits of neoliberal globalization are distributed much more equitably than in the past.

Triple Jeopardy for Palestinian Prisoners at a Time of Pandemic

This metaphor for layers of unjust suffering initially occurred to me while preparing a ZOOM presentation on the abuse of Palestinian prisoners in the context of the health dangers associated with the COVID-19 challenge. Such dangers were present for Palestinians under pre-pandemic conditions, but greatly aggravated by Israeli failures to mitigate the additional and aggravated risks that come from keeping around 5,000 Palestinian prisoners in overcrowded prisons where some of the guards and security personnel were reported as testing positive for the virus yet continued to interact with prisoners without prescribed personal protective gear (PPE), and where insufficient hospital and medical capabilities existed in the event that the disease started to spread. This overall sub-par situation was further accentuated in relation to an. estimated 172 child prisoners, many elderly and disabled prisoners, and almost all inmates incarcerated for nonviolent security offenses that should never have been criminalized because of falling within the scope of a right of resistance possessed by persons living under an apartheid regime, which is itself a serious violation of international criminal law. The right to resist Israeli apartheid, at least within the limits of international law regulating violence by reference to choice of targets and other considerations. Israel has not accepted WHO guidelines or a variety of humanitarian appeals by respected NGOs to release at least ‘low-risk’ prisoners as well as those with ‘underlying conditions,’ children, and the elderly.

Taking these considerations into account the ‘triple jeopardy’ framing seems justified to underscore the layers of injustice endured by Palestinian prisoners at this time. As the Palestinian writer, Ramzy Baroud, writes, “..all of Palestine has been in a state of ‘lockdown’ since the late 1940s when Israel became a state and the Palestinian homeland was erased by Zionist colonialists with the support of Western benefactors.” To drive the point home, Baroud adds, “In Palestine, we don’t call our imprisonment a lockdown, but a ‘military occupation’ and apartheid.” [See Baroud, “A Palestinian Guide to Surviving a Quarantine: On Faith, Humour, and ‘Dutch Candy,’” Middle East Monitor, April 5, 2020]. In effect, Baroud is insisting that all Palestinians are enduring an unjust ‘imprisonment’ that has lasted for more than 71 years with no signs of abatement, and is itself a punishment of individuals of a certain ethnicity for the ‘crime’ of existing.

On this basis, the criminalization of resistance, including nonviolent and symbolic forms, extending even to poem and poets (for example, Dareen Tatour, and her crime, the poem “Resist, my people, resist them”), has resulted in harsh confinement in Israeli prisons, including reliance on such legally dubious mechanisms as ‘administrative detention’ (imprisoning without charges or any due process for extended periods) and the unlawful transfer of prisoners from detention in Occupied Palestine to prisons in Israel [behind the green line], andd out of reach of family members). In effect, the imprisoning of any Palestinian in Israeli jails is Double Jeopardy because it puts Palestinians already punishment by lockdown, displacement, and dispossession behind bars because they dared to assert their right of resistance.

The allegation of Triple Jeopardy arises from the failure to suspend or mitigate prison condition in light of the Coronavirus Pandemic, and the related failure to take responsible steps to protect those so confined from contracting a highly contagious and potentially lethal disease. A virtual death sentence hangs over every single Palestinian prisoner for as long as the pandemic lasts, and poses especially acute risks with respect to particularly vulnerable categories of Palestinians living in prisons.

It is not possible to set forth detailed proposals to overcome double and triple jeopardy as depicted. I will only indicate the vectors that point in a direction sensitive to practical and normative aspects of the challenge.

For Double Jeopardy: seek to accommodate an ethos of hospitality and empathy with a major commitment at the UN and by national governments to take steps to remove the conditions of mass desperation prompting large numbers to leave their homelands, an undertaking ideally funded by a globally administered tax on luxury goods, financial transactions, fossil fuels, and transnational air travel.

For Triple Jeopardy: release all Palestinian political prisoners immediately, with a sense of urgency, and commit to ending apartheid as the essential step toward a sustainable and just peace based on the equality of rights of Jews and Palestinians.