Greece Must Evacuate Refugees and Migrants to Safety Amidst Covid-19 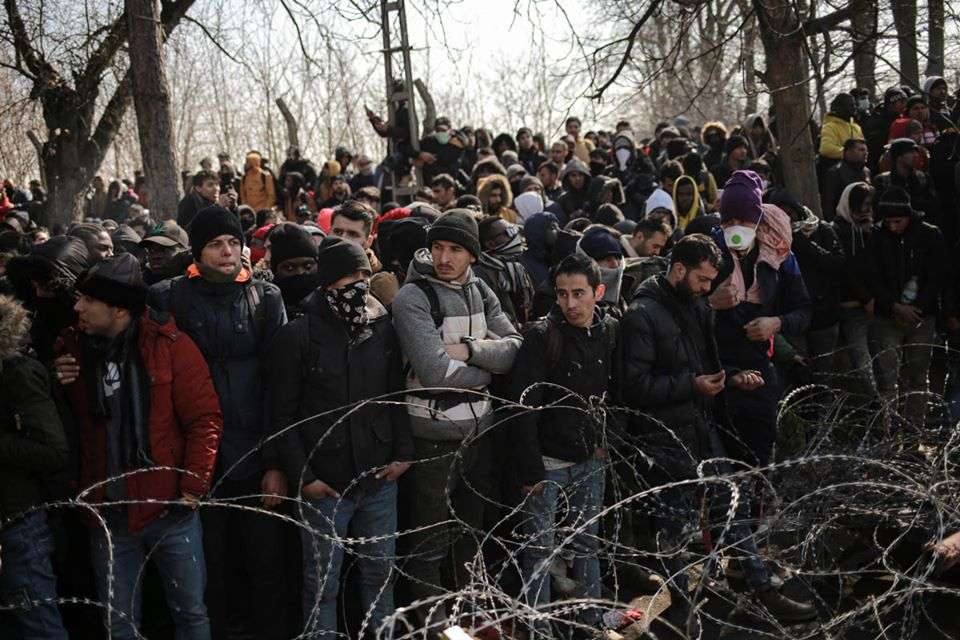 Amid the spread of the novel Coronavirus, Greece must immediately evacuate overcrowded and unsanitary refugee camps and provide adequate housing to asylum seekers, the Geneva-based Euro-Mediterranean Human Rights Monitor said in a statement today.

“We are greatly concerned about the fate of thousands of asylum seekers trapped in infamous unequipped Greek refugee camps like Moria.” Asserted Muhammad Shehada, Euro-Med Monitor’s Europe Regional Manager, “Greece is obliged under international law to ensure the safety and wellbeing of all people in its custody, particularly those most vulnerable to the Corona pandemic.”

Last Tuesday, 148 asylum seekers have tested positive for COVID-19 at a Greek hotel managed by the International Organization of Migration in the southern town of Kranidi. The hotel, which has been placed on quarantine ever since, hosts more than 450 asylum seekers.

Few weeks earlier, 20 asylum seekers tested positive for COVID-19 at the Greek Ritsona refugee camp that houses about 2,700 asylum seekers. This dangerous situation only adds to a pile of alarming dire circumstances that tens of thousands of asylum seekers continue to be trapped into in Greece.

Moria camp for instance, houses about 19,000 asylum seekers in a space designated to have 3,000 individuals. As a result, sanitary and hygiene conditions at the camp have been sharply deteriorating, where in some parts of it, soap is unavailable while 1,300 asylum seekers share one water tap only.

The dangerous density and overcrowding of asylum seekers in Greek camps, combined with lack of hygiene and inadequate sanitary conditions poses an extreme risk to the safety and health of those individuals.

Euro-Med Monitor emphasizes that Greece is obliged under the International Covenant on Economic, Social and Cultural Rights to ensure the “prevention, treatment and control of epidemic, endemic, occupational and other diseases” amongst all people in its custody, including refugees and migrants. Greece is also responsible to provide the “the highest attainable standard of physical and mental health” to all people living under its authority.

Thus, we hereby call on the government of Greece to evacuate all refugee camps – particularly the island camps with highest density and dire circumstances – set all asylum seekers free of confinement or detention, and provide them with adequate housing and indiscriminatory access to health care during the pandemic.

We equally call on the EU Commission and all EU member states to step in and come to Greece’s aid, both through financial support and also redistribution of asylum seekers between EU countries to alleviate the pressure on Greece and other EU states on the Mediterranean sea basin.