Albania Should End Refugees’ Suffering of Hunger and Violence 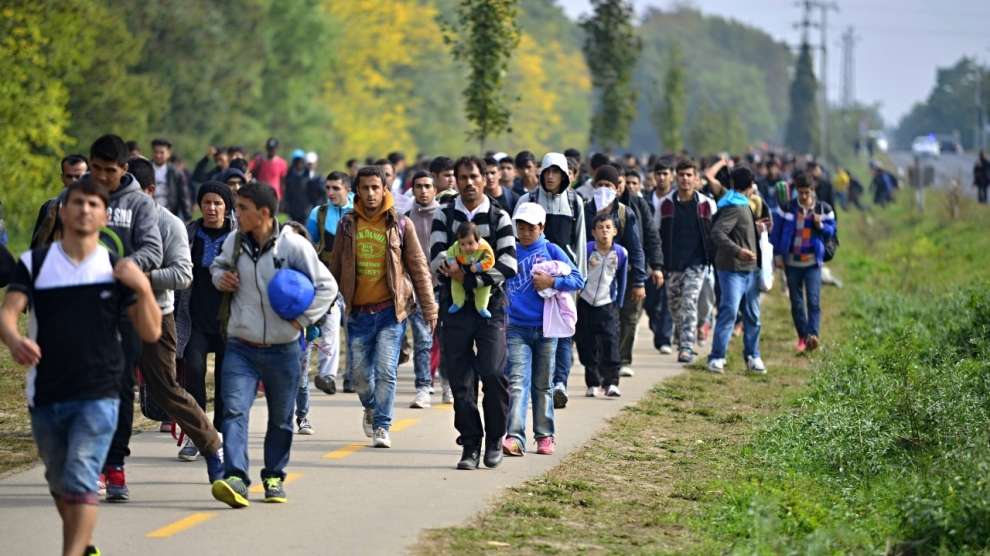 The Albanian government should step up its efforts to ensure the safety and wellbeing of migrants and refugees in its custody in accordance with its obligations under the Refugee Convention, Euro-Mediterranean Human Rights Monitor said today in a statement, the situation of hundreds of refugees in Albania is seriously concerning as they continue to suffer from alarming state negligence, shortages of food, inadequate housing and violence.

Unfortunately, hundreds of refugees from the Middle East and North Africa are finding themselves increasingly stranded in dire conditions in Albania as they complain of experiencing harsh living conditions in National Reception Centers in the Albanian capital of Tirana.

Reception centers in Albania are underfunded, overcrowded and understaffed. For instance, medical care is scarce or inadequate as it’s provided in the National Reception Centre in Babrru by one nurse contracted by the UNHCR. Similarly, such centers suffer from lack of Hygge and sanitation, and asylum-seeking residents complain that food is provided in meager proportions and often inedible.

The Albanian government spends on each person refugee and asylum seeker about 330 lek (2.6 euros) per day, which is essentially insufficient for barebone subsistence. This has forced many asylum seekers to turn to begging for food in the streets, while others have fallen prey to gang violence.

Furthermore, during the coronavirus pandemic, Albanian authorities have closed down migrant reception centers in the face of newcomers, which has left many stranded in the cold.

Euro-Med Monitor emphasizes that such alarming failure to meet the minimum food and housing needs of asylum seekers represent a violation of Albania’s international responsibilities including the 1951 Refugee Convention that Albania acceded to. The Albanian government is obliged to ensure the wellbeing and safety of all people in its custody particularly those most vulnerable during the harsh times of the Coronavirus pandemic.

Hence, Euro-Med Monitor calls on the government of Albania to immediately undertake necessary measures to provide adequate housing and sufficient food supplies to refugees and migrants in its custody, in addition to ensuring their safety from gang violence.

In 2018, the number of asylum seekers in Albania reached 4,836 individuals from North Africa and the Middle East, while thousands of migrants have used the country as a transit to Western Europe.

Migrants and refugees seeking to cross to Europe usually enter Albania through Greece and carry on through the Balkans. Between 2019 and 2020, the number of such crossings that were intercepted by Albanian state police was estimated at about 11,344 crossings.