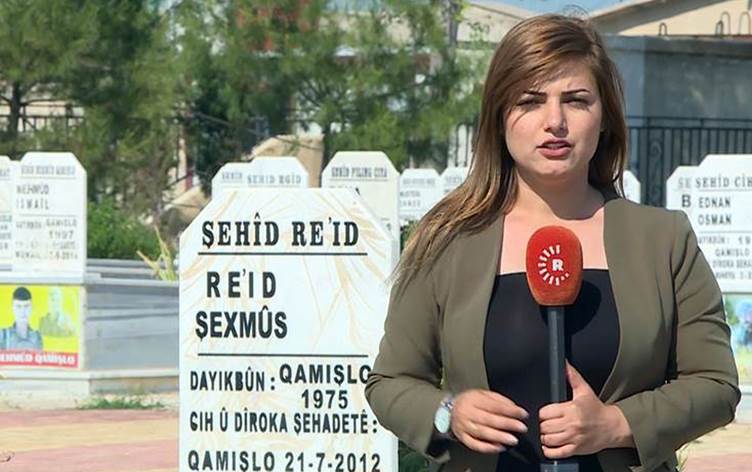 Geneva - The Kurdish-led Autonomous Administration of North and East Syria must stop its grave violations of freedom of the press and unjustified interference with the work of journalists in areas of its control, the Euro-Mediterranean Human Rights Monitor said in a statement today.

The actions of the Autonomous Administration run by the Syrian Democratic Forces (SDF) of arbitrarily suspending journalists undermines the freedom of the press, as it clearly aims to impose dictates that contradict the most basic rules of freedom of the media.

The Media Office of the Autonomous Administration suspended a correspondent of Rudaw satellite channel, Vivian Fattah, from working for 60 days alleging that she “offended martyrs” as she used the word “Killed” rather than “martyred”.

“The Autonomous Administration has a long record of human rights violations that fail to abide by the minimal legal or ethical controls, and violate collective and individual rights of the civilian population in its procedures and decisions,” Anas Aljerjawi, Euro-Med Monitor’s Regional Director for the Middle East and North Africa said.

Aljerjawi added that the Administration’s subjecting of journalistic work to arbitrary restrictions and controls limits the ability of journalists to carry out their work independently, exposes the workers in the field of journalism to risks of arrest or forced disappearance, and eliminates any narrative other than the administration’s.

Rudaw, a TV channel that broadcasts from the Kurdistan Region of Iraq, condemned the decision and considered it a violation of the principles of freedom of the press that is contrary to all true understandings of media work. It further added that what was stated in the Rudaw reporter's coverage is far from being a political controversy.

According to a Media Office Periodical issued last month, the Autonomous Administration suspended the journalists Naz Al-Sayed and Badrakhan Ali for “committing a group of violations that were offensive to the media” based on “the laws governing media work in the regions of Northern and Eastern Syria,” such as the Internal System of the Media Office, press covenants and the Autonomous Administration Charter of Understanding.

Despite the Autonomous Administration’s approval in 2016 of a media law to be an effective source of control over media work in its regions, it is still subject to criticism for not enforcing it in the first place. Instead, the authorities are accused of repeated interference in the media content provided under their areas of influence.

The Autonomous Administration’s practices clearly violate Article 19 of the Universal Declaration of Human Rights, which states that “Everyone has the right to freedom of opinion and expression; this right includes freedom to hold opinions without interference and to seek, receive and impart information and ideas through any media and regardless of frontiers”.

The Media Office’s arbitrary restrictions on the work of journalists must be lifted, considering that any authority in the absence of judicial procedures is an authority that does not comply with the standards of free media, and paves the way to government violations. The relevant international standards that allow restrictions based on the content apply only in very narrow circumstances, such as defamation against individuals or threatening national security.

The Kurdish-led Autonomous Administration was established in the north-eastern regions of Syria, where the SDF takes control, which was established in the city of Qamishli on October 10, 2015. The SDF stated aim was to fight the Islamic State (ISIS) with direct support from the international coalition. According to Euro-Med Monitor and other human rights organizations’ documentation, the SDF is involved in horrific human rights violations in its areas of control in Syria, including murder, enforced disappearance, torture and demographic change.