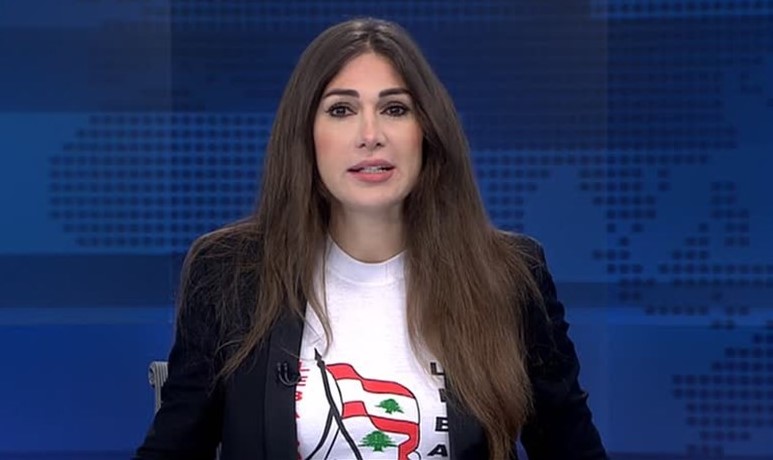 Geneva – News anchor and journalist Dima Sadek was repeatedly summoned, by the Criminal Investigation Department, said the Euro-Mediterranean Human Rights Monitor in a statement, adding that these practices come within the framework of insisting on muzzling media mouths and impeding their performance of their professional duties.

Sadek said on Twitter that she was summoned by the Criminal Investigation Department to appear on Friday’s afternoon, without giving any further explanations.

This is not the first time Sadiq was summoned. On February 21, she was summoned by the Criminal Investigation Department to appear before court against the backdrop of a lawsuit filed by the head of the Free Patriotic Party Gebran Bassil, where she was charged of broadcasting fake news related to the party aimed at inciting sectarianism and racism.

On February 25, Sadek was summoned again for investigation on charges of lying and inciting hatred and sectarian strife among Lebanese.

The Criminal Investigation Department’s repeated summonses against Lebanese media personnel due to their social media activities is amatter of concern, especially in light of the various violations media personnel experience as they cover the demonstrations that started against the backdrop of economic conditions in the country, as well as the restrictions imposed recently in light of the spread of the Coronavirus.

Authorities’ censorship and prosecution of media personnel, especially with regard to their activities on social media comes within the framework of digital repression that exacerbates violations of press freedom in the country, and violation of the provisions and covenants of international human rights law that ensure the right to freedom of opinion and expression without any harassment or restriction.

The Lebanese authorities must take all necessary measures to protect the right of journalists and media professionals to practice their work, and stop all violations that would affect the right to media which is guaranteed in Lebanese national law and relevant international laws.

Since October 2019, Lebanon has been experiencing the worst economic crisis since the Civil War (1975-1990), and has further exacerbated due to the imposition of quarantine measures aimed at containing the outbreak of the Coronavirus.

Several cities in the country, especially Tripoli and Saida, north and south of the country, are witnessing protests against the deteriorating economic conditions and arbitrary financial measures by the Bank of Lebanon and other Lebanese banks, and the collapse of the Lebanese Lira price against the US dollar.

The popular protests were accompanied with a massive security crackdown on demonstrations; silencing of mouths through summonses that increased remarkably since the protests began. Security authorities and courts sent dozens of summonses to journalists and activists against the background of their activities on social media, which raises real concerns that the authorities are aiming to establish security ascendancy and confiscate opposing opinions.