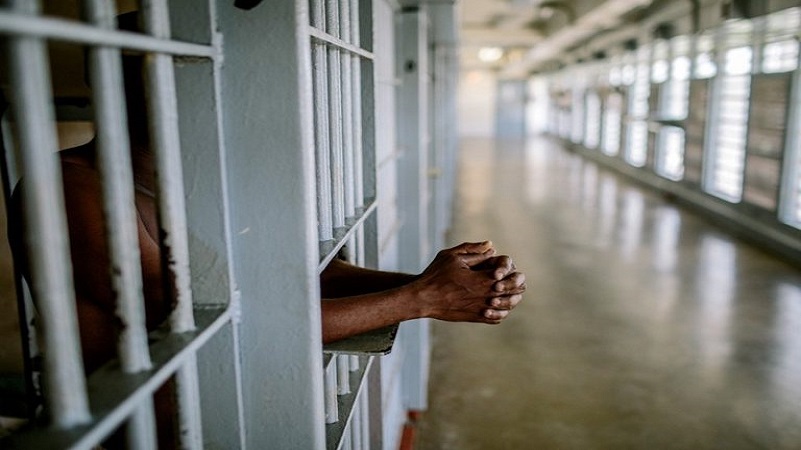 A statement issued by a group of political detainees’ families in Sudan on Monday evening, May 25, said that Coronavirus cases increased among their relatives in Kober prison in the Sudanese capital Khartoum.

Three cases of Coronavirus in Kober prison were confirmed, in addition to the suspected infection of others who were in contact with them.

The family of a leader of the ousted regime, Ali Othman Muhammad Taha, 72 – arrested on April 11, 2019 – announced that the doctor of the prison had told them that their Mr. Taha has tested positive of COVID-19.

Also infected is Abd al-Rahim Muhammad Husayn Abd al-Karim, 71, who was arrested on April 11, 2019 by the Rapid Deployment Forces and the Intelligence Service.

Ahmed Muhammad Haroun Adam’s family said that the 55-year-old man who was arrested on April 11, 2019, from his home, is the first prisoner to show symptoms of COVID-19. However, prison doctors said that he has pneumonia and remained in prison for more than ten days where his condition deteriorated and started to suffer from shortness of breath. He was not granted permission to be transferred to the hospital except two days after.

Obada, the son of the prisoner Nafia’ Ali Nafia’ who was an assistant to the President and Vice President of the ruling National Congress party, said that the prisoners' families fear for the fate of their relatives in light of suspicions that they are not treated in line with international law.

He stated that despite the appearance of several cases of Coronavirus pandemic inside prisons, prisoners have been denied from visiting or contacting their relatives by phone since the beginning of last March , without prisoners haven’t been provided with necessary health care and the protocol of the Ministry of Health for patients and contacts have not been followed.

He accused the Sudanese authorities of "neglecting the prisoners' legal and health rights and getting rid of them by extrajudicial killing with premeditation and treating them as political opponents."

The number of political detainees in the Kober prison is 32, 21 of whom have been held since April 2019 and have not been sentenced.

Sudanese authorities announced on May 14 the death of the leader of the National Congress party (the former ruling party) Sharif Omar Badr from COVID-19 during his detention in a prison in Khartoum.

Sudanese authorities are obligated to ensure the safety of prisoners and to take immediate preventive measures against the risk of the spread of the Coronavirus pandemic, including ensuring social distancing in prisons, the provision of medical care and adherence to appropriate protocols for personal hygiene.

The immunity of most prisoners is usually weak which doubles the risk of their infection and further developing the disease. It is the responsibility of the authorities to act immediately to rescue them and to release those held illegally, including those imprisoned for their peaceful opposition.

The United Nations Committee against Torture has previously called on governments to "reduce the number of prisoners whenever possible through the implementation of programs for early, conditional and temporary release", which Sudanese authorities are supposed to implement immediately, especially in prisons that have recorded cases of infection.

Prisoners held on political grounds may face the risk of death in light of fears of retaliatory behavior by the authorities, by rendering them an easy prey to the risk of fatal infections such as the Coronavirus pandemic.

Humanitarian organizations and United Nations agencies should put pressure on the Sudanese government to provide prisoners with the necessary preventive measures and work to save their lives.

After popular protests broke out at the end of 2018, Sudan’s Military Council, led by Awad bin Auf at the time, ousted former Sudanese President Omar al-Bashir from power on April 11, 2019, after three decades of his rule over the country. The announcement of al-Bashir’s removal was accompanied by arrests against senior officials in the regime putting them in prison for trial. With the outbreak of the Coronavirus pandemic in the country, which resulted in the death of 184 and the infection of 4,146 cases as of 27 May, 2020, and some prisoners being infected with the virus, serious concerns emerge of the spread of the pandemic inside prisons that essentially lack the minimum proper health or preventive measures.