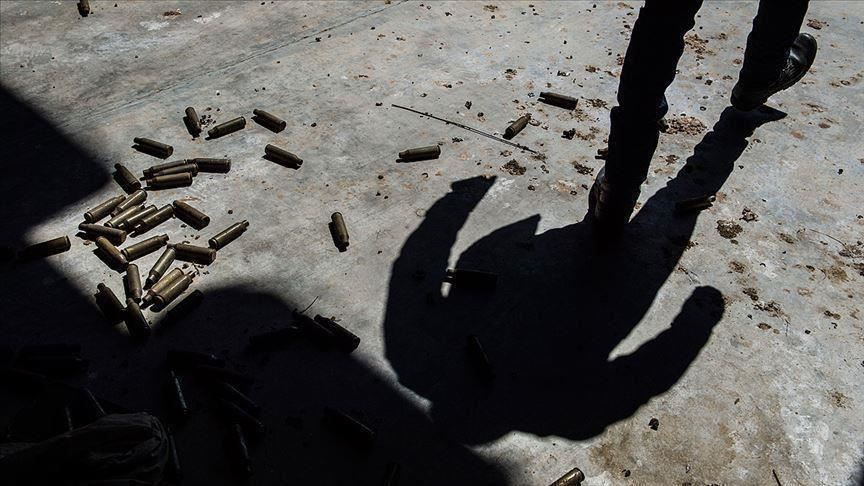 Geneva – Thirty migrants were killed today in a shooting in Libya, said the Euro-Mediterranean Human Rights Monitor in a statement, calling for an independent and immediate investigation for those responsible for the crime to be brought to justice.

A Libyan citizen, suspected of involvement in human trafficking, had been killed by migrants while smuggling them. As a result, the family of the smuggler retaliated, killing 26 Bangladeshi migrants, four Africans and eleven others were wounded.

The tragedy occurred in a smuggling warehouse in Mizdah, near Gharyan, southwest of the Libyan capital, Tripoli, where a group of migrants were detained before they were killed in a horrific and inhuman manner.

The incident shows once again the extent of the suffering of migrants in Libya and recalls the atrocities they have to endure at the hands of smugglers in countries that are a point of transition to Europe.

These immigrants died as victims of instability and lack of security in Libya in light of the continuing conflict in the capital Tripoli and its surrounding areas, and the absence of any close solutions leading to a ceasefire and an end to the ongoing conflict in the country.

The International Organization for Migration repeatedly documented disappearance cases from immigration detention facilities in Libya, and the inability to identify the location of hundreds if not thousands of those who were returned by the Coast Guard to Libya.

The unfortunate incident reaffirms the urgent need to fully reconsider the common European and Libyan policies towards migrants from Libya to Europe, and to end the reluctance of European countries to provide safe havens to those fleeing persecution, poverty and wars in the regions of Africa and the Middle East.

Libya is a major transit point for irregular migrants to Europe, fleeing poverty, persecution, wars and conflicts in Africa and the Middle East. As the armed conflict between the internationally recognized Libyan government forces and the forces of retired Major General Khalifa Hifter intensify, migrants suffer a tragic situation and feel insecure, as their detention centers are subjected to several attacks, most notably 40 were killed and dozens were wounded by airstrikes carried out by forces of Major General Haftar against a center for migrants east of the capital Tripoli in June 2019.

According to the International Organization for Migration, about four thousand people were intercepted or rescued at sea and returned to Libya in 2020. Many of those who were returned to Libya after their boats were intercepted or rescued were transferred to unofficial detention centers, where they easily fell into the hands of smugglers and human traffickers.