Libya: Calls for international investigation into thousands of landmines in Tarhuna 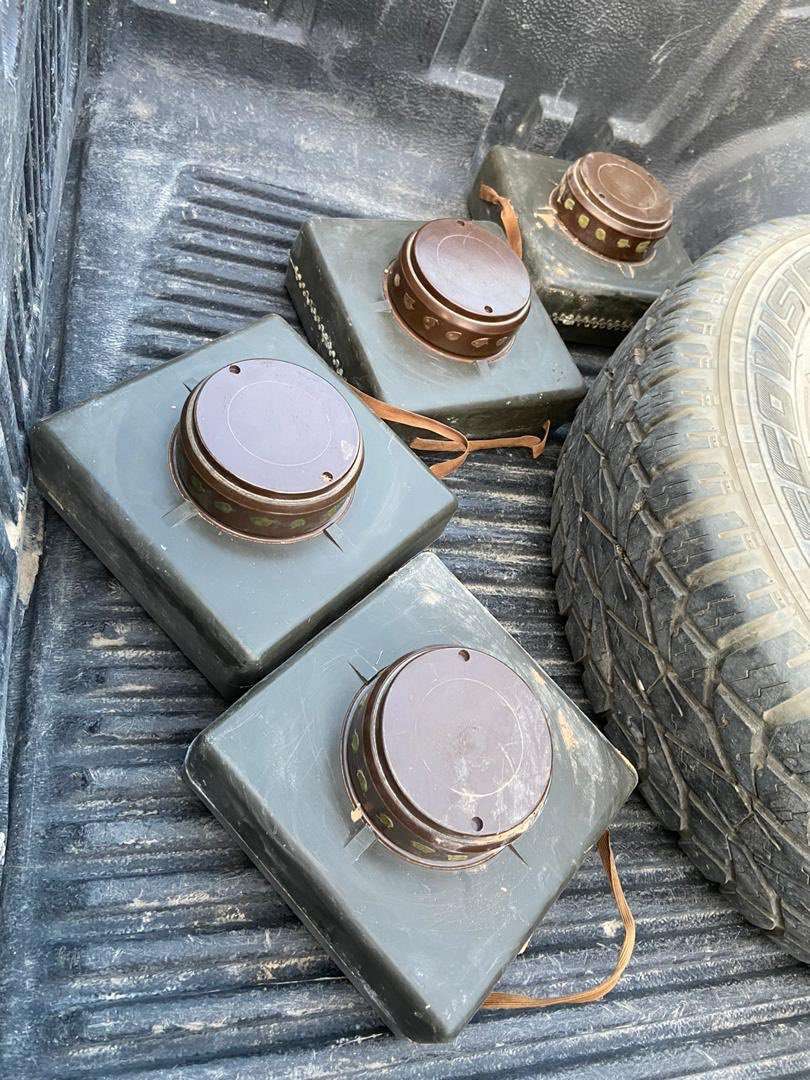 Geneva - Armed groups affiliated with retired Major General Khalifa Haftar continued to plant landmines in homes and facilities from which they withdrew after the advancement of the Government of National Accord (GNA) forces in the Libyan capital Tripoli, and other surrounding areas, the Euro-Mediterranean Human Rights Monitor said in a statement.

Similar to what they did before withdrawing from areas they previously controlled in southern Tripoli, armed groups belonging to Haftar, including mercenaries, planted landmines in many homes, civilian installations, and streets in Tarhuna city, south of Tripoli, which they withdrew from recently.

This scenario was repeated in most cities from which the Haftar forces withdrew including Tripoli.

In late May, within just five days after the GNA forces began to remove mines, explosive devices, and booby traps in Tripoli, 21 people were killed and 18 were wounded, local media reported. Victims included displaced persons who returned to their homes after the Haftar forces withdrew. The GNA military engineering teams have reportedly managed to dismantle more than 600 mines, including 102 anti-armour, 218 anti-personnel, and 280 manual explosives.

Large quantities of mines were found hidden in boxes or planted in homes and installations asserts that the use of this internationally banned weapon, despite repeated pledges to not use it in the armed conflict in Libya.

Huge quantities of landmines seized by many armed forces and individuals were left after the overthrow of Muammar Gaddafi in 2011. A portion of these mines were used during the armed conflict in the country between the various conflicting parties. Confirmed data indicates that large quantities of new mines were delivered to the warring parties.

Official data reported that the mines that were discovered in Tripoli last May are Soviet and Russian-made including “POM-2,” “PMN-2,” and “MON-50” which were recently documented in Libya. This indicates that they have entered the country in the recent years.

The Libyan Government forces have released documents and pictures showing four types of anti-personnel landmines manufactured in the Soviet Union or Russia, saying that the ones who planted them were from the "Wagner Mercenaries" which is a Russian private military company supporting the Haftar forces in the neighbourhoods of Ain Zara, Khalle, Salah Al-Din, Sidra, and Wadi Al-Rabeea in Tripoli.

Planting landmines and their implications such as ending the lives of dozens of civilians and the destruction of civilian property fall under war crimes that entail international criminal responsibility against the perpetrators. Article 8 of the Rome Statute of the International Criminal Court on war crimes stipulates in Paragraph A: “(i) Wilful killing; (ii) Torture or inhuman treatment, including biological experiments; (iii) Wilfully causing great suffering, or serious injury to body or health;” Paragraph (B) of the same Article affirmed that the practices below are considered as war crimes including “Intentionally directing attacks against the civilian population as such or against individual civilians not taking direct part in hostilities.”

There is an urgent need to form an investigation committee by the United Nations Security Council (UNSC) to investigate effects of planting these mines and instruct the International Criminal Court (ICC) to begin investigating these actions. These actions resulted in grave consequences that touched the lives of dozens of civilians to bring those who violate the rules of International law and the Rome Charter before international justice.

The Libyan government should formally join the Convention on the Prohibition of the Use, Stockpiling, Production and Transfer ofAnti-Personnel Mines and on their Destruction, known informally as the Ottawa Treaty 1997. The United Nations should open an international investigation about the use of landmines and all prohibited weapons in Libya by the conflicting parties to bring them to account, including states and entities that provide support to the armed forces to obligate the conflicting forces to uncover maps and stockpiles of mines, ensuring rapid dismantling and removal of their danger.

A fund should be launched to provide support and capabilities to remove and dismantle mines, compensate victims whether they were old or new, provide support and equipment for mine detection, dismantling, and minimizing risks to those who work in the field.

Since the overthrow of Al-Qaddafi, Libya has remained a war-torn country as tribal and armed groups with various agendas are struggling to take over power. Two parties have been in an armed conflict since April 2019 to control the country. On one hand, the Government of National Accord (GNA), which is internationally recognized and controls western Libya and the armed groups of retired major general Khalifa Haftar that control the eastern part of the country. The Haftar forces are supported and armed by the UAE, Egypt, the mercenaries of the Russian “Wagner” company, and others of Sudanese and Chadian nationalities. Meanwhile, the GNA receives Turkish support under an agreement between the two countries.

According to United Nations estimates, the use of landmines in the Libyan conflict recalls the Italian, German and British forces’ planting in Libya of about three million mines between 1940-1943 during the battles of World War II where the majority of those mines were planted along the eastern Libyan border. Their effects remained until now causing more victims from time to time. Mines and war debris killed at least 3,252 people in Libya, the Landmine Monitor reported.