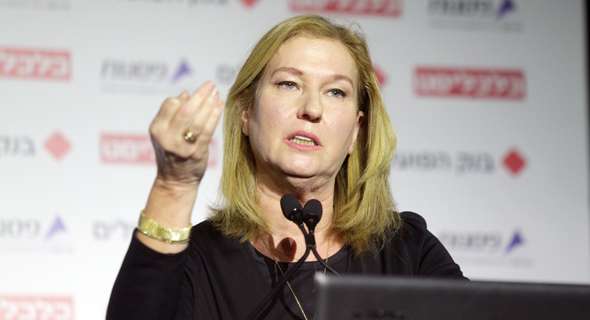 Today, the Euro-Mediterranean Human Rights Monitor sent a letter to Prof. Willi Xylander, President of the Bridge Prize Society for 2020 to express strong opposition and serious concern regarding the Society’s decision to award the 2020 prize to Ms. Tzipi Livni of Israel, who’s accused of alleged war crimes and crimes against humanity committed in the blockaded Gaza Strip during Operation Case Lead 2008/9 when she was Israel’s Foreign Minister.

The letter elaborated that Livni has worked relentlessly during the 2008/9 operation to whitewash Israel’s assault on Gaza’s civilian population, which led to the death 1,400 Palestinians, most of whom were civilians.

Euro-Med Monitor further noted that the 2009 UN Fact Finding Mission on the Gaza Conflict concluded that the operation "was a deliberately disproportionate attack designed to punish, humiliate and terrorize a civilian population, radically diminish its local economic capacity both to work and to provide for itself, and to force upon it an ever-increasing sense of dependency and vulnerability."

The letter detailed how in December 2009, Livni became the subject of an arrest warrant issued by a UK court over her role in the same war, which prompted Livni to cancel her visit to London then. Similarly, in 2017, Livni canceled a visit to Brussels after learning that Belgian prosecutors had been hoping to question her over allegations of war crimes in the 2008-9 Israeli war.

“Livni’s refusal to cooperate in such investigations can be least described as an incriminating evasion of justice and conviction of her contribution to the brutalities committed against Gaza’s caged population” the letter added.

“We would like to emphasize that granting such prize to an Israeli politician who stands accused of war crimes would essentially contribute to whitewashing the crimes of Israel's occupation if not further incentivize Israeli politicians to escalate atrocities against Palestinians when knowing that such brutalities wouldn't affect their international standing,” Euro-Med emphasized in the letter, “The international community is morally responsible to stand with the powerless and oppressed and deter human rights violations in all ways possible. This obligation is heavily violated by contributing either willingly or inadvertently to casting a positive light on those responsible for the suffering of Palestinians.”

The letter concluded that it’s highly regrettably that at a critical moment, when Israel is about to obliterate the two-state solution and peace process, the Bridge Prize Society chooses to celebrate an Israeli politician that contributed to oppressing Palestinians as a person that stands for “liberal thinking, democracy, openness and humanity.”

Euro-Med Monitor called on the Bridge Prize Society to “seriously reconsider its decision and withdraw the prize awarded to Livni, in order to avoid whitewashing or incentivizing further human rights violations in the occupied Palestinian territories.”