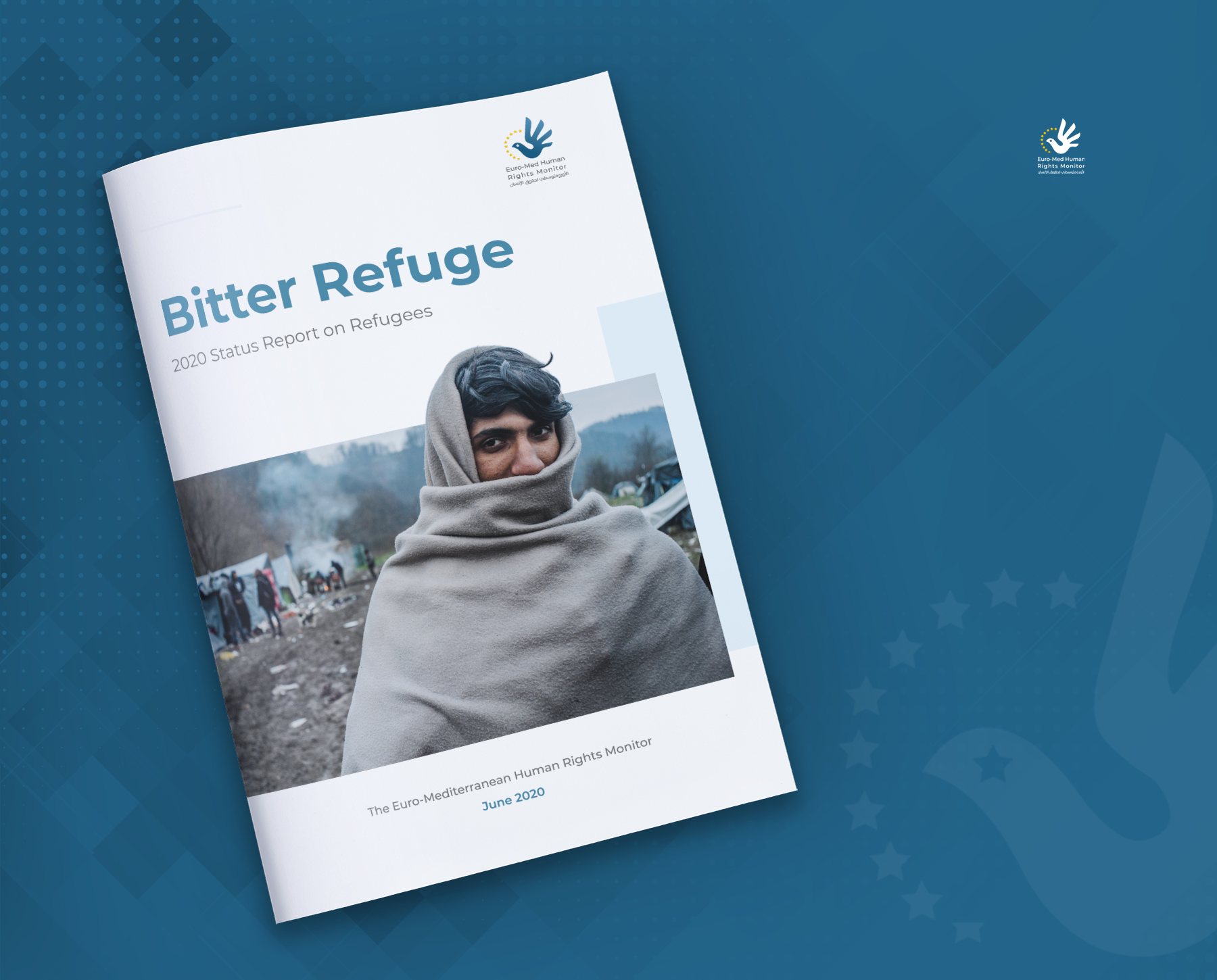 Geneva—The international system for protecting the rights and safety of refugees is badly frayed, and as armed conflicts and natural disasters continue to drive their flight to other countries, immediate action is required, says the Euro-Mediterranean Human Rights Monitor.

A new Euro-Med report, titled “Bitter Refuge: 2020 Status Report on Refugees,” estimates that the number of refugees today is approximately 25.9 million, of whom 19.9 million fall under the mandate of the U.N. High Commissioner for Refugees. Another 5.4 million are Palestinians covered by the U.N. Relief and Works Agency (UNRWA). The remaining 3.5 million are asylum seekers.

The rapid growth in refugees over the last several years has triggered fears in destination countries, where residents fear the toll on scarce resources and already-strained economies. The result has been continuing measures to limit arrivals.

Among those practices is the closure of or tight restrictions on border crossings, as well as forced return and denial of services and internationally protected rights.

The constancy of armed conflicts in several regions of North Africa and the Middle East has fuelled the ongoing refugee crisis, as well as the flow of asylum seekers, says Euro-Med Legal Counsellor Tariq Liwaa’a. Sustained international efforts to share the burden across countries is required, along with more effective mechanisms for providing support and assuring assimilation. However, equally important are coordinated efforts to stop the human exodus to begin with by ending armed conflicts and penalizing responsible governments and factions.

The Euro-Med report includes background on the explosion in human traffic, including statistics, motivating factors, countries of origin, routes taken and their treatment along the way. Also documented are the number of deaths and their causes during their respective journeys.

The NGO calls for activation of the principle of shared burden, with all members of the international community assisting host countries. All countries—especially Lebanon and Jordan—must join and ratify the 1951 Refugee Convention and its 1967 protocol, which create an integrated legal and human rights framework for protecting refugees. Likewise, says Euro-Med, host governments should fulfil their responsibilities by enabling refugees to exercise the rights guaranteed by human rights covenants and conventions, including non-refoulement (return to dangerous conditions).

It is necessary for governments and societies to combat racial discrimination and ill treatment based on their status. Governments should lead the way in rooting out hatred and promoting rational discourse based on recognition of human dignity.

In turn, organizations and agencies working on refugee issues must work more effectively to encourage social acceptance of refugees and migrants by sponsoring workshops, community events and other forms of outreach. In addition, they can help by assisting with the process of registering refugees and following up on those whose applications are rejected.