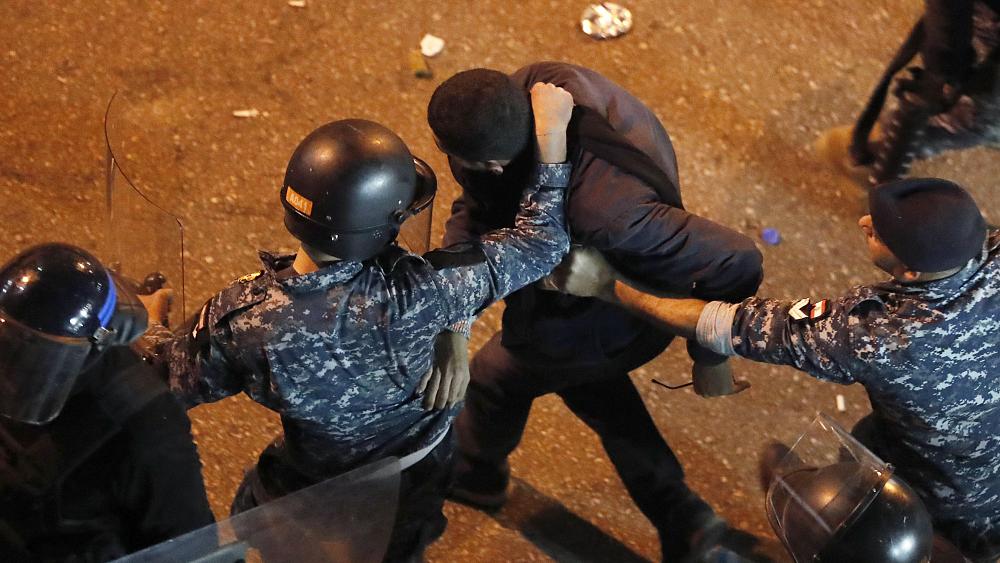 Any form of targeting of media outlets and their employees, whether by the police or military, is an abuse of power and a violation of freedom of expression.

On Sunday, 28 June, 2020, police and military forces violently assaulted staff members of many Lebanese news outlets while they were covering the protests in Antelias and Jal el Dib, east of the capital.

Euro-Med Monitor's legal advisor, Tareq Hajjar, said in a statement, “The officials’ complete and utter disregard for the violations of the rights of the press is serious and alarming. No legal or executive authority has taken any action to stop these violations that undermine the rights to free press and access to information.”

The Lebanese government should comply with the country’s constitution and international conventionsrelated to freedom of the press, especially the Arab Charter on Human Rights (ACHR), which states in Article 32: "The present charter shall ensure the right to information, freedom of opinion and freedom of expression, freedom to seek, receive and impart information by all means, regardless of frontiers."

Assault on journalists is considered a way to cover up the systematic repression of protesters who object to Lebanese authorities’ failure to prevent the unprecedented economic deterioration. The exchange rate for the Lebanese lira reached 8,000 per U.S. dollar, amid shortages in basic food commodities such as bread.

The Lebanese judiciary should protect public freedoms and hold perpetrators accountable to assure the media can play their vital role in conveying the truth to the public.

Since October 2019, Lebanon has witnessed the worst economic crisis since the country’s civil war (1975-1990). That crisis has been exacerbated by the coronavirus pandemic and the required preventive measures.

Residents of many cities in Lebanon, such as Tripoli and Sidon, in the north and south of the country, have protested the economic deterioration, arbitrary financial measures by the Bank of Lebanon and other financial institutions, and the collapse of the lira.

Since the protests were launched, the number of summons designed to silence people has escalated. Security agencies and courts have summoned dozens of journalists and social media activists, raising fears that authorities are merely trying to repress opposing voices.