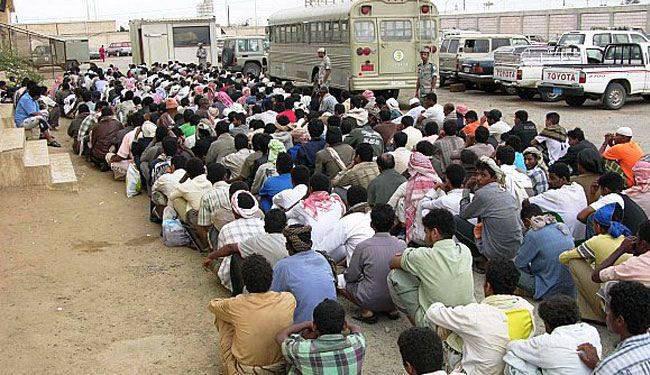 Geneva – The Kingdom of Saudi Arabia should reconsider its policies governing migrant workers, especially Yemeni nationals, to take into account the impact of the COVID-19 pandemic on their humanitarian and economic situation, says the Euro-Mediterranean Human Rights Monitor.

Currently, many workers cannot meet their financial commitments, including fees imposed on migrants and their families by the government, and thus are in danger of being expelled from the kingdom.

There are about 13 million expatriate workers in the Kingdom of Saudi Arabia, spread over most sectors of work, especially the energy and services. In 2017, Saudi authorities began adopting tougher restrictions on migrant workers, including tighter residency procedures and higher taxes on workers and their families.

The most vulnerable among the migrants are Yemenis, who fled their country as a result of the war that has raged since 2015. Saudi Arabia is currently hosting around 1.8 million Yemeni workers, most of whom suffer due to delays in receiving work permits, high fees charged for their companions and low wages. The coronavirus crisis has hit the labor sector hard, especially those who rely on daily wages.

Most cities have been shut down for the past three months, leaving Yemeni workers and others unable to do their jobs during a time that is usually the most lucrative, due to the tourists who visit for religious occasions and holidays.

This lack of work will have broad ripple effects. It's estimated that, on average, Yemeni expatriates send about $5.2 billion home annually. A Yemeni government report predicts a decrease of 70% in these transfers due to the coronavirus. This in turn will deprive Yemen, which is facing a complete collapse of its economy, of its most important source of hard currency. Many of the families living on remittances from abroad will lose their sole source of income.

One of the most significant burdens imposed by Saudi authorities on migrant workers is the taxes on services, housing and accompanying individuals. A report by the Saudi Jadwa Investment company documented the departure of about 1.6 million workers after fees on accompanying persons were increased in July 2017.

Saudi authorities imposed an annual fee of 100 riyals on each accompanying person in 2017, then increased it by another 100 riyals in 2018 and 2019. So far this year, the fee has increased by an additional 400 riyals. This means each worker now must pay 4,800 Saudi riyals ($1,200) annually for each accompanying person—an astronomical amount in light of their low wages.

Fees on the workers themselves also have increased. Saudi authorities link the amount that must be paid to the proportion of foreign vs. Saudi nationals in the workplace. If the number of foreign workers is larger than Saudi nationals, the migrants must pay 800 Saudi riyals per month. If it is the other way around, foreign workers only pay 700 riyals. That is in addition to the fee workers pay their sponsor.

Consequently, the required fees often exceed the pay they receive from their work, which has the impact of forcing them to leave the country at a time when they can’t travel.

In an earlier ruling, Saudi authorities allowed private-sector companies to reduce salaries of workers by up to 40%, with the possibility of terminating employment contracts, due to the economic impact of the coronavirus pandemic. Large companies have already laid off hundreds of thousands of migrant workers.

“Saudi practices toward migrant workers violate the most basic human and legal rights guaranteed by international law and custom, including a decent life and the right to work in a safe environment without restriction or prosecution,” says Mohammed Imad, Euro-Med Monitor’s legal advisor.

Most prominently, the Universal Declaration of Human Rights, the International Covenant on Economic and Social Rights, and the Labor Convention protect workers from such punitive actions.

“Saudi authorities have a particular responsibility for Yemeni workers,” he adds. “KSA is a prominent party in the war in Yemen, which has forced millions of Yemenis to seek refuge in Saudi Arabia. Therefore, authorities should exempt them from any fees for residency or work.”

“Therefore, KSA has a moral and humanitarian responsibility for Yemenis and should facilitate residency procedures, improve working conditions and provide adequate and decent housing, rather than pursue tand impose more fees on them,” concludes Imad.

In addition, the International Labor Organization should set up a committee to assess the conditions of foreign workers in Saudi Arabia and require concrete steps by the Saudi authorities to guarantee their basic rights under international law.