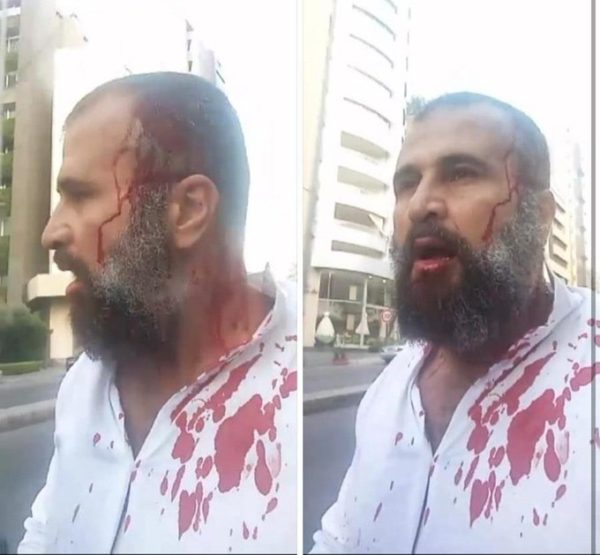 Geneva – Unidentified members have severely beaten Lebanese lawyer Wasif Al-Haraka in broad daylight, after he left a radio interview in Beirut, the Euro-Mediterranean Human Rights Monitor said in statement. All civilians should be protected, especially activists, and acts of intimidation to suppress freedoms should be stopped, the organization noted.

Euro-Med Monitor received testimonies that four people on motorbikes attacked with sharp objects, beat, and physically assaulted Al-Haraka, which led to his serious injury in the head and face.

The judicial authorities in Lebanon should open an immediate investigation into the assault and hold the perpetrators accountable by bringing them to justice. The Bar Association should act to secure the necessary protection for its members, especially since the assault came immediately after the release of the Bekaa activists, whom Al-Haraka defended.

The situation of public freedoms in Lebanon is seriously worrying, as repression, muzzling of mouths, and the spread of attacks by various parties' supporters continue to take place.

The Lebanese authorities should focus on addressing the severely deteriorating economic, social, and political conditions in the country, rather than suppressing and muzzling the mouths of activists and protesters.