Euro-Med Monitor At HRC: UN should include persons with disabilities in refugees quota due to climate change risks 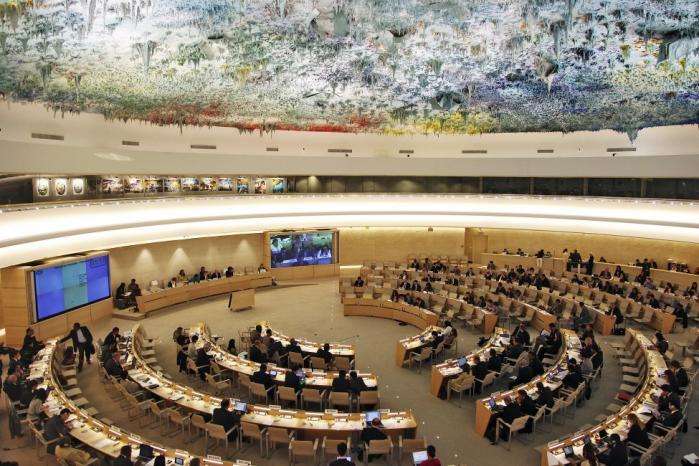 Geneva – The Euro-Mediterranean Human Rights Monitor and the Global Institute for Water Environment (GIWE) have called on the United Nations in a joint written statement at the 44th session of the Human Rights Council in Geneva on Wednesday 8 June to include people with disabilities in conflict-torn areas in refugees quota due to the risks of global warming.

With global warming leading to unprecedented temperatures worldwide, including a record-setting 38 C degrees in arctic Siberia last month, it is feared that people disabilities – particularly in crises and conflict ridden areas – will disproportionately bear the full brunt of the Anthropocene epoch and will not be able to afford keeping up with humanity’s increasing need for climate adaptation.

In the blockaded Gaza Strip, for example, where electricity is available for only 8 hours a day and where Israel’s army has wounded and maimed over 20,000 protesters in the last two years at the Great Return March, the ever-rising numbers of people with disabilities as a result of conflict is deeply alarming.

This is compounded by the crises that engulf the besieged enclave, where unemployment amongst highly educated youth has reached 78%. In this compromised economy, people with disabilities are the least likely to find a job or have a stable source of income, and hence they are the least likely to have the purchasing power to buy necessary tools to adapt to global warming.

Similarly, they would be in unique critical danger in the event of natural disasters, due to their limited access to knowledge, resources, and services.

The Euro-Med Monitor and the Global Institute for Water Environment called on the United Nations High Commission for Refugees to include people with disabilities in conflict-torn areas in refugees quota as refugees’ life gets more in serious danger the worse global warming becomes.