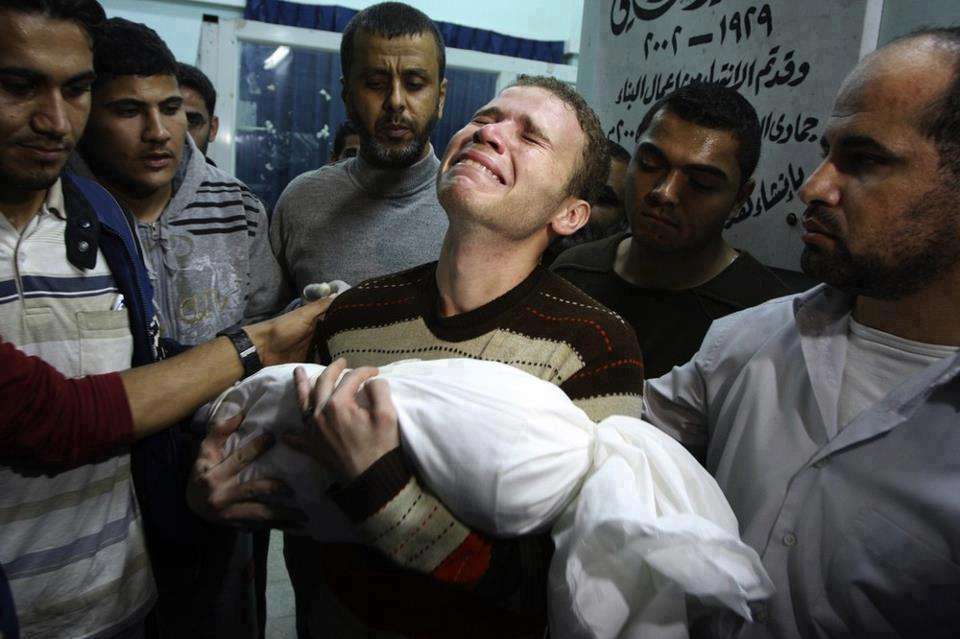 Forty-one Palestinian children, including seven infants, were killed by Israeli military forces in its eight-day assault against the Gaza Strip last month, according to a new report issued today by the Euro-Med Monitor for Human Rights.

The attack, called “Operation Pillar of Defense” by the Israeli government, was officially triggered Nov. 14 by Israel's assassination of Hamas military chief Ahmad al-Jabari. However, contrary to common knowledge, that event was preceded in the 10 previous days by a series of Israeli provocations against Palestinian civilians that seemed designed to provoke rocket attacks -- providing a justification for what was to come.

The “eight-day war” was the most extensive aggression against the Gaza Strip since Operation Cast Lead in 2008. Euro-Mid report noted that of the 185 Palestinians killed last month, 65% were non-combatants.

The 70-page report includes first-hand testimonies collected by the Euro-Med Monitor field team, describing in detail the circumstances of the death of the 41 children. According to eyewitnesses and medical staff, 21 of the children were under the age of 10.

“The many instances of homes and cars totally obliterated while adjacent structures were left intact provide dramatic evidence of the possession and use by Israel of modern military technology, including remote-controlled drones, that is capable of specific targeting of its victims,” said Miss Amani Senwar, spokesperson for Euro-Mid, adding that Hamas does not possess such technology. “The high number of innocent children killed is a clear crime against humanity.”

These deaths of children violate the protection of children mandated by the 4th Geneva Conventions and The Convention on the Rights of the Child Adopted in 1989.

Euro-Med Monitor announced it is creating a database that documents the Israeli breaches against international law in the Gaza Strip during the eight-day offensive, 14-21 Nov. 2012.  The report concludes with a call for the International Council for Human Rights and relevant UN parties to launch an immediate investigation into Israel’s apparent targeting of, or disregard for, Palestinian civilians.