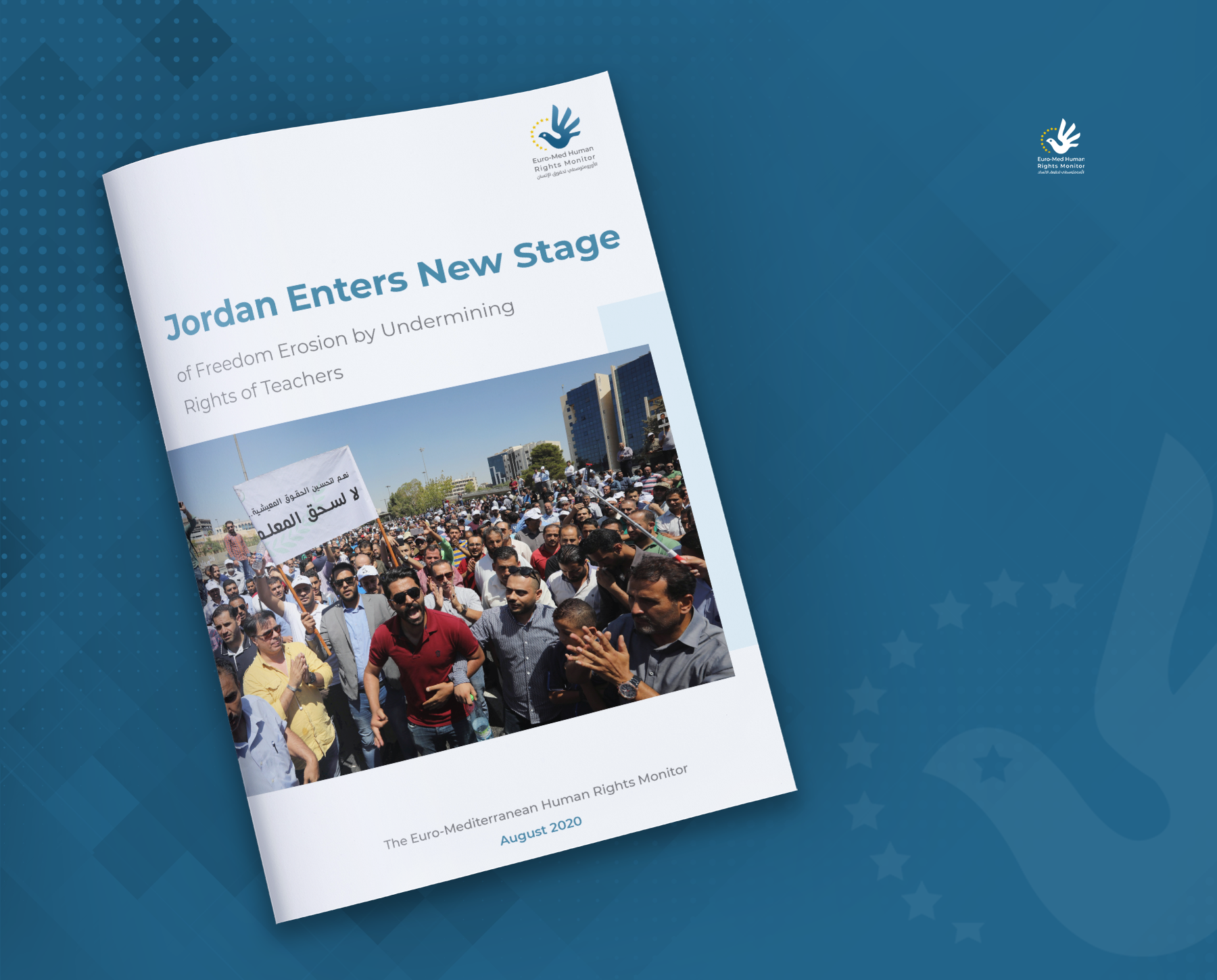 Geneva – Jordanian authorities are violating the legal rights of teachers, documents a new report from the Euro-Mediterranean Human Rights Monitor.

Titled “Jordan Enters New Stage of Freedom Erosion by Undermining Rights of Teachers,” the report provides chronological detail for the ongoing conflict between the Jordanian government and the country’s Teachers’ Syndicate.  The crisis culminated with the government’s July 25 decision to shut down the union and arrest of the syndicate’s managing council. The arrested teachers now are on hunger strike.

Legally, unions can only be shut down following a court order, with the defendants given the opportunity to present a proper defense in a fair trial.

Instead, the minister of education formed an interim committee to carry out the duties of the union. In contravention of Article 27 of the law governing syndicates, the secretary general and members of the committee will be appointed by the Ministry of Education. Teachers will not be directly represented.

Anas Aljarjawi, director of Euro-Med Monitor for the Middle East and North Africa region, pointed out that, “Such harsh measures in response to teachers’ demand for minimum living requirements contradict the Jordanian constitution, which guarantees citizens’ right to express their opinions and claim their due.”

The Euro-Med report also decries yesterday’s decision by the government to renew the detention of the arrested teachers for a second week without any response to their demands. The detained teachers are continuing their hunger strike, exacerbating existing health conditions.

Euro-Med Monitor has issued this call to the Jordanian government: